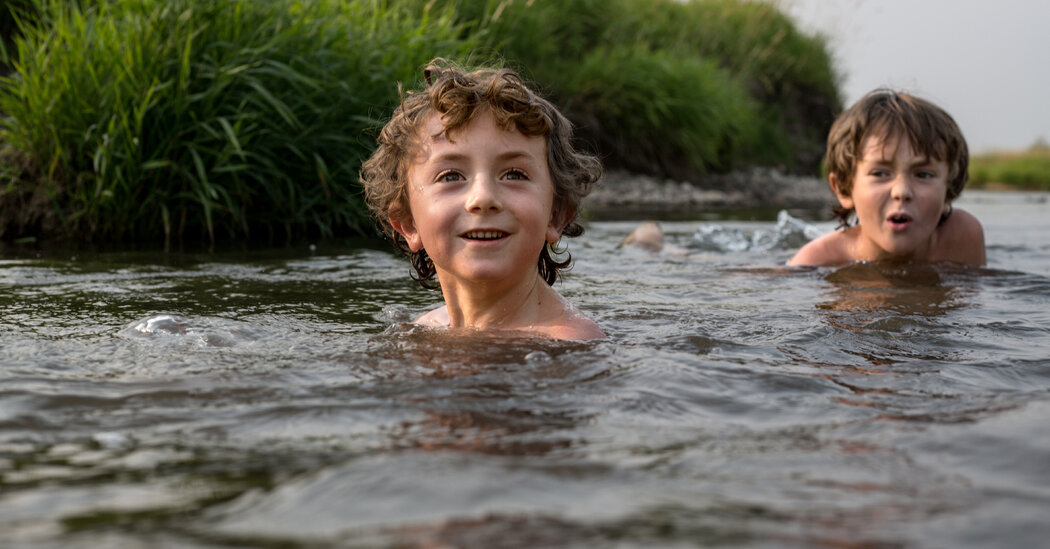 The challenges of the pandemic have resulted in new ways of providing care that reach beyond Covid-19 treatments and vaccines. One area of medicine that could see changes is abortion care.

A growing number of people seeking abortions in the U.S. — almost 40 percent in 2017, according to the Guttmacher Institute — take F.D.A.-approved pills. The regimen includes one drug to stop the pregnancy, and another that causes cramping and bleeding, like a miscarriage. For years, research has shown that this method is safe and more than 95 percent effective.

The increasing use of abortion pills is raising an important question for people in places with a dearth of providers: Do women need to go to a clinic or a doctor to take them, or to get an ultrasound beforehand, as the U.S. has long required? Because of Covid, researchers now have a clearer answer.

A study, led by Dr. Abigail Aiken at the University of Texas at Austin, took advantage of a natural pandemic experiment. In spring 2020, Britain began allowing health care providers to administer medication abortions via telemedicine, with pills mailed to the patient’s home. Aiken and her colleagues compared thousands of medication abortions in Britain for two months before and after the new protocol went into effect. The groups had equally high success rates for completing their abortions (above 98 percent) and similarly low rates of significant complications (0.02 percent of the telemedicine-only abortions, and up to 0.04 percent for the ones with in-person visits). Other recent studies in the U.S. found similar results.

And yet telemedicine-only abortions are available only temporarily in the U.S. When the F.D.A. approved mifepristone, one abortion drug, in 2000, the agency imposed significant restrictions, requiring providers to obtain a special certification to stock the drug and to give it out only in a clinic, doctor’s office or hospital.

For the moment, Covid has changed these rules. In response to a lawsuit by the American College of Obstetricians and Gynecologists and other groups, the F.D.A. said in April that mifepristone could be mailed to patients for the duration of the pandemic.

A future before the court?

But those who want to expand abortion access are fighting to make the pandemic rules permanent. “We’re on the cusp of revolutionizing the provision of care,” Destiny Lopez, co-president of the activist group All* Above All, told me.

The F.D.A. has the power to lift the old restrictions for good, and it is reviewing them. But even if the agency does so, Lopez said, “we won’t be there yet.” Nineteen states effectively ban the use of telemedicine for abortion. If the F.D.A. says the medical evidence justifies making the pills more accessible, a plaintiff could challenge a state telemedicine ban as lacking a real basis in science.

But the current Supreme Court, with its conservative majority, is more likely to cut back abortion access than to increase it, no matter what the science says. (In its next term, which opens in October, the court will hear another abortion case, challenging Mississippi’s near-total ban on abortions after 15 weeks.)

Court rulings and state laws can’t stop people from taking abortion pills at home, because the medication is easily available online. So are consultations and information about how to use it. But where abortion by mail and telemedicine is illegal, it will remain underground. People could be prosecuted for aiding or participating in it, as a few have been.

A post-Roe America in which many more women take abortion pills in the legal shadows wouldn’t present the same dangers as the pre-Roe era. But it would pose its own risks.

Emily Bazelon is a writer for The New York Times Magazine.

“No progress”: The New Yorker’s David Rohde on trying to save the family of Tahir Luddin, an Afghan journalist who saved Rohde’s life after the Taliban kidnapped both of them years ago.

The trial of the R&B star R. Kelly began yesterday. He faces charges of racketeering based on sexual exploitation of children, kidnapping and forced labor.

Amid decades of allegations that Kelly has abused young women, which he denies, his musical legacy remains complicated. After the 2019 Lifetime documentary series “Surviving R. Kelly,” many D.J.s stopped playing his music. His songs, including hits like “I Believe I Can Fly” and “Bump N’ Grind,” largely disappeared from radio stations. The documentary “resonated so strongly that it just brought people to a place of never playing him,” Peter Rosenberg, a D.J. and radio host, said.

But online, the popularity of his music has remained fairly steady, as Joe Coscarelli and Ben Sisario report. Assessing Kelly’s performance across several streaming and social-media platforms, the data service Chartmetric ranks him as one of music’s top 500 artists, at a level similar to those of Michael Bublé and Carrie Underwood. Some of TikTok’s most popular influencers have used his music to soundtrack their posts.

“Such a dichotomy may be the fate of superstar entertainers accused of serious misconduct — pariahs in certain places, but with enduring bodies of work that still draw large audiences,” Coscarelli and Sisario write. Michael Jackson, the subject of another 2019 documentary alleging sexual abuse, remains steadily popular on the radio. Streams of his songs have actually grown. — Sanam Yar, a Morning writer

The pangram from yesterday’s Spelling Bee was lexicon. Here is today’s puzzle — or you can play online.

P.S. Julie Tate, a researcher who has contributed to Pulitzer Prize-winning stories at The Washington Post, is joining The Times’s Investigations team.

“The Daily” is about Afghan interpreters the U.S. left behind. “Sway” features the Trump aide Jason Miller. And two Times journalists discuss the legacy of Jay-Z’s “Black Album.”