How To Find And Keep A Job – Interview With Recent Graduate. 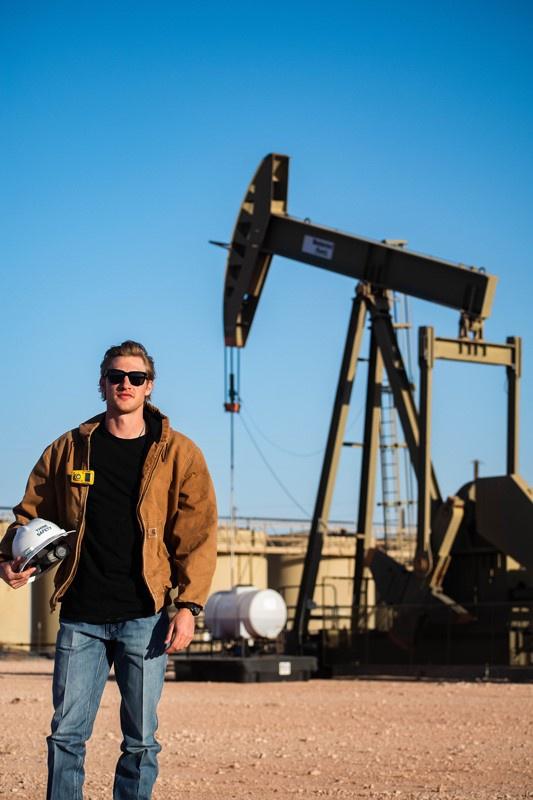 Connor Albrecht is in the Oil & Gas Engineering Division at Texas Railroad Commission in Austin. Previously he worked on the engineering teams with Halliburton
in the Eagle Ford, Parsley Energy in the Permian, and at Ameredev in the Delaware basin of New Mexico. He graduated from Texas Tech in 2017 with a degree in Mechanical Engineering. Connor is unafraid to spell out the rewards as well as the difficulties of changing jobs within the oil and gas industry. He spoke about his career path, personal prospects, and where he thinks the industry is headed.

Q. What is the market right now for petroleum engineers (PE)?

The market is competitive. Particularly difficult if you aren’t willing to relocate, transition to field-based or an analyst position, or if you are a new college graduate without much experience, or a seasoned veteran that doesn’t want to take a demotion/pay cut. Job offers and opportunities in the United States are few and far between.

The majority of oil and gas (O&G) open job opportunities in the United States are listed in Midland, TX (Permian Basin), San Antonio, TX (Eagle Ford), or Houston, TX. Many of my colleagues and classmates have switched industries completely or have transitioned to O&G/Energy Investment Groups with JP Morgan, Goldman Sachs
, Blackstone
, or smaller private equity investment firms.

Q. You started as a PE but switched to an ME (mechanical engineer). Why? And how did you overcome the challenges of switching?

When I switched degrees Junior year, I had to accept that I would need to stay in college an extra year in addition to attending summer school. I graduated with ~170 credit hours with mostly all engineering coursework and only lacked 40 credit hours to double major in Petroleum and Mechanical engineering. The countless college courses and credit hours were pretty extensive when I recall all of the time and hard work it took to obtain.

Q. What advantages might a PE major have, by staying with the PE program?

Petroleum Engineers have been known over the years to hold the highest rankings for yearly salary of all bachelor degrees. Many young professionals and college freshman tend to flock to the O&G industry early on in hopes of scoring it big upon graduation.

Despite the technological advances that renewable sources of energy can provide, the use of fossil fuels is not coming to an end nor is the future for those working in the petroleum industry.

With world energy constantly evolving and large oil companies adding renewable energies to their portfolios, Petroleum Engineers will have the expertise that will carry over to these renewable technologies such as solar systems, offshore wind farms, and carbon capture and storage.

Q. You have found several jobs, and lost some of them.

Near college graduation in December 2017, the O&G job market was difficult following the crash from $100/bbl to $50/bbl back in 2014. I believe out of the 100+ Petroleum Engineering students, only around 20% of them found O&G jobs. I was fortunate enough, with not much time left on my side to find a job before graduation.

I was hired on with the leading O&G service company in America, Halliburton. I was excited, but my career goal at the time was to work with an upstream O&G operator. During my time with Halliburton as a field engineer in the Eagle Ford I continued to search for positions with an operator.

Nearly a year went by in Halliburton’s field engineering rotation program and I was finally able to get hired with Parsley Energy’s production group. I spent 2.5 years with Parsley Energy before we were acquired by Pioneer Natural Resources
in February 2021. Months prior to the acquisition date, I began searching for another O&G opportunity.

Two weeks before the acquisition I was hired on as a contractor in New Mexico working a 14/7 hitch schedule, overseeing a series of six wells that were to be completed.

Q. What did you learn about life from the job changes?

Intermittent retirement, severance packages, opportunity to find another job if you choose to do so, more time to travel, taking a step back to decide what career path you want to take long term, making new friends, working on new hobbies, and spending more time with family.

No one nearing retirement ever says, “Man, I wish I would have worked more, traveled less, and spent less time at home”. A year of paid severance gives you the ability to do this without the added stress of paying the bills.

My severance package enabled me to invest in real estate and purchase a short-term rental in downtown Austin.

I rented out my home in Austin, TX and have spent a lot of time this year in hotels, on airplanes, vacationing, couch surfing, interviewing, living out of a suitcase, etc. It has been really challenging and exhausting at times, but it was my personal choice and price to pay to leave Austin to enjoy a mini retirement.

Q. What advice do you have for staying in a job?

If you would like longevity in the O&G industry, I recommend working for a larger upstream operator such as ExxonMobil, Chevron, bp, etc. that is not likely to get bought out by a larger company. Or midstream companies like Kinder Morgan
, or downstream companies like Valero. Or Government jobs such as the Railroad Commission at the Texas capital.

Stay away from service companies that revolve around drilling, fracking, completions of wells because they get hit the hardest during industry downturns.

On the other hand, I enjoy working for the smaller privately owned companies that have the potential to get bought out. As long as you have personal equity or the company offers a substantial severance package it’s a great trade-off for someone who is single without a family.

Q. How do you look for and find a new job?

To be able to locate a job in the toughest of markets, you have to acquire a PhD in persistence and networking. You can be the most brilliant of Petroleum Engineers in the industry, but without persistence and capability of communicating with people you don’t stand a chance. I have applied, emailed, and made more phone calls this year than most people do in their entire career. Getting noticed from an application online is a huge challenge.

I have developed a five-step application process over the years that is simple but highly effective.

1.     Find the company and job you want to interview with via LinkedIn, Indeed, Company Website, etc.

2.     Locate people from the company via LinkedIn that are in the Human Resources department or are Executives.

3.     Connect with the representative, get their name, and send them a short note via LinkedIn.

4.     Locate the company’s email and address via Google
search and send the HR team and Executives a direct email with your resume.

5.     Make a call to their corporate headquarters regarding the position you want and follow up on your previous email.

Applying online is typically the last thing I do if I do it at all. Go straight to the source and be persistent.

Q. What do you hope future bosses will value about your workmanship?

I believe my greatest attribute to a team is being able to orchestrate big projects and optimizing processes that make a difference and make money for the future success of the company. I don’t enjoy monotonous tasks that don’t make money or don’t make a difference. I hope they value that I am not just an Engineer by degree or an over-educated paper pusher, but also a creative mind and businessman that is a calculated risk taker.

Q. what are your short-term and long-term career goals?

In the short term (<5 years) I would like to continue in the O&G industry as an Engineer, while continuing my goal to complete the exam to become a Professional Engineer. In the medium term (5+ years) I see myself branching into private equity O&G/Energy Investment banking.

In the longer term (10+ years) I would like to be an Executive or on the board of an O&G/Energy company making important financial decisions. Towards retirement I could see myself becoming a Professor or Dean at a top tier University.

Q. How do you see the future for petroleum engineering, given the climate snowball is rolling?

I think we will see an increase in demand for Petroleum Engineering students in the near term, following all the recent layoffs, decrease in PE students, and many people switching industries. That being said, O&G companies are shifting towards renewables and investing capital in Artificial Intelligence for drilling and production operations. European-based examples are bp, TotalEnergies, and Shell. US based companies include ExxonMobil, Occidental, and Chevron.

Quote: “No future is without change and no future comes with a guarantee.”