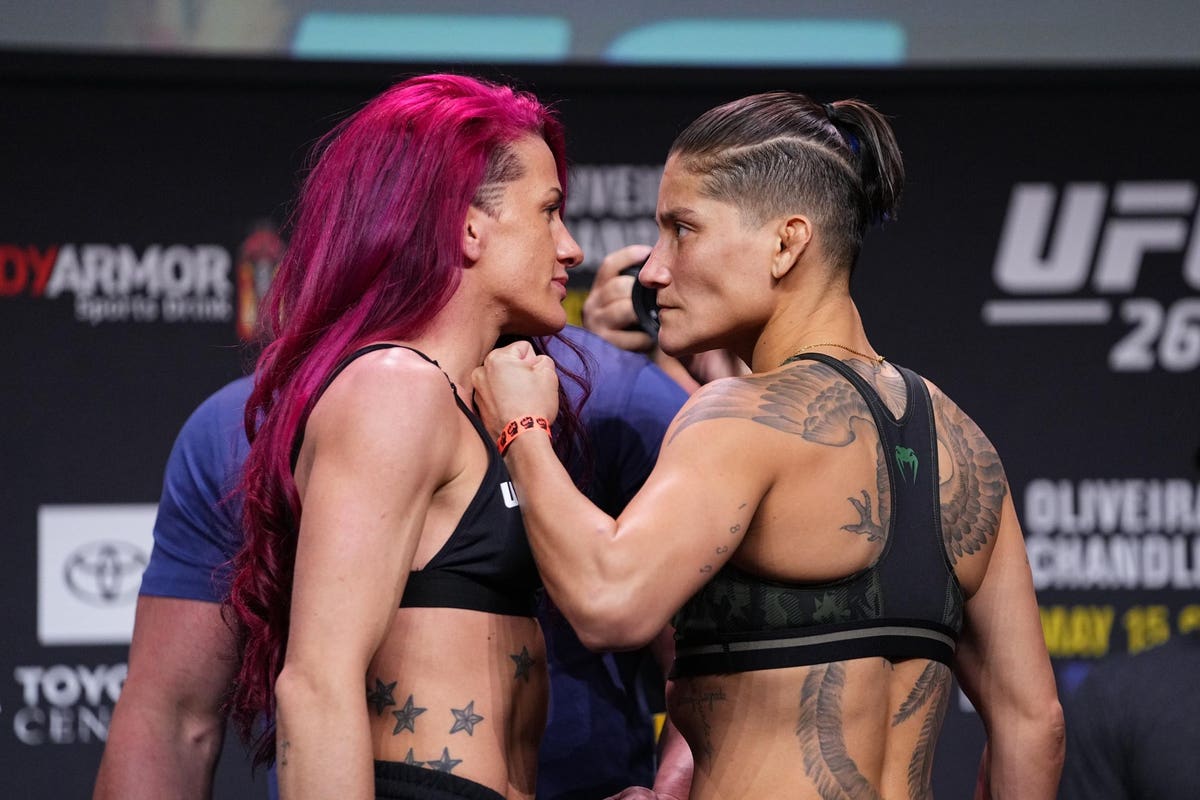 The UFC is in Houston, Texas for tonight’s UFC 262 ESPN+ pay-per-view card. In the headlining bout, Charles Oliveira and Michael Chandler compete for the vacant UFC lightweight title.

The lightweight crown became officially available in March after UFC president Dana White acknowledged the division’s champion, Khabib Nurmagomedov, had officially retired. Nurmagomedov’s last fight took place in October. He defended the title with a submission win over Justin Gaethje. After that win, Nurmagomedov said he was retiring at the request of his mother. Nurmagomedov retired from MMA with a perfect 29-0 record.

Oliveira, who has been with the UFC since 2010, is on an eight-fight winning streak. His most recent loss was a 2017 TKO setback to Paul Felder. Since then, Oliveira has seven stoppage wins and one decision victory. Oliveira, who is the No. 3 ranked fighter in the UFC’s official rankings, is coming off a decision win over former interim lightweight titleholder Tony Ferguson. Oliveira has the longest active winning streak in the UFC’s 155-pound weight class.

Chandler, who is a former three-time Bellator lightweight champ, made his UFC debut in January with a “Performance of the Night” bonus-winning TKO over Dan Hooker. Chandler ended that fight in 2:30. The former Bellator champion is the No. 4 ranked fighter in the UFC lightweight division.

Ferguson meets Beneil Dariush in the co-main event. Ferguson is on the first losing skid of his career. He’s dropped back-to-back fights. Before those losses, Ferguson put together a UFC lightweight record 12-fight winning streak. Dariush has won his six most recent fights.

The early prelim card kicks off the show. There are three fights on this portion of the card with the most important bout being the scrap between Gina Mazany and Priscila Cachoeira.

Mazany has been looking to find a home in the UFC. In her first stint with the promotion she went 1-3. Now back with the UFC, Mazany is 1-1, but she is coming off a win in her flyweight debut. She looks to make it two in a row at 125 pounds when she faces Priscila Cachoeira at UFC 262. Cachoeira ended a three-fight losing skid in February 2020 when she scored an upset knockout win over Shana Dobson. The victory was the first of Cachoeira’s UFC career.

How To Watch Or Live Stream