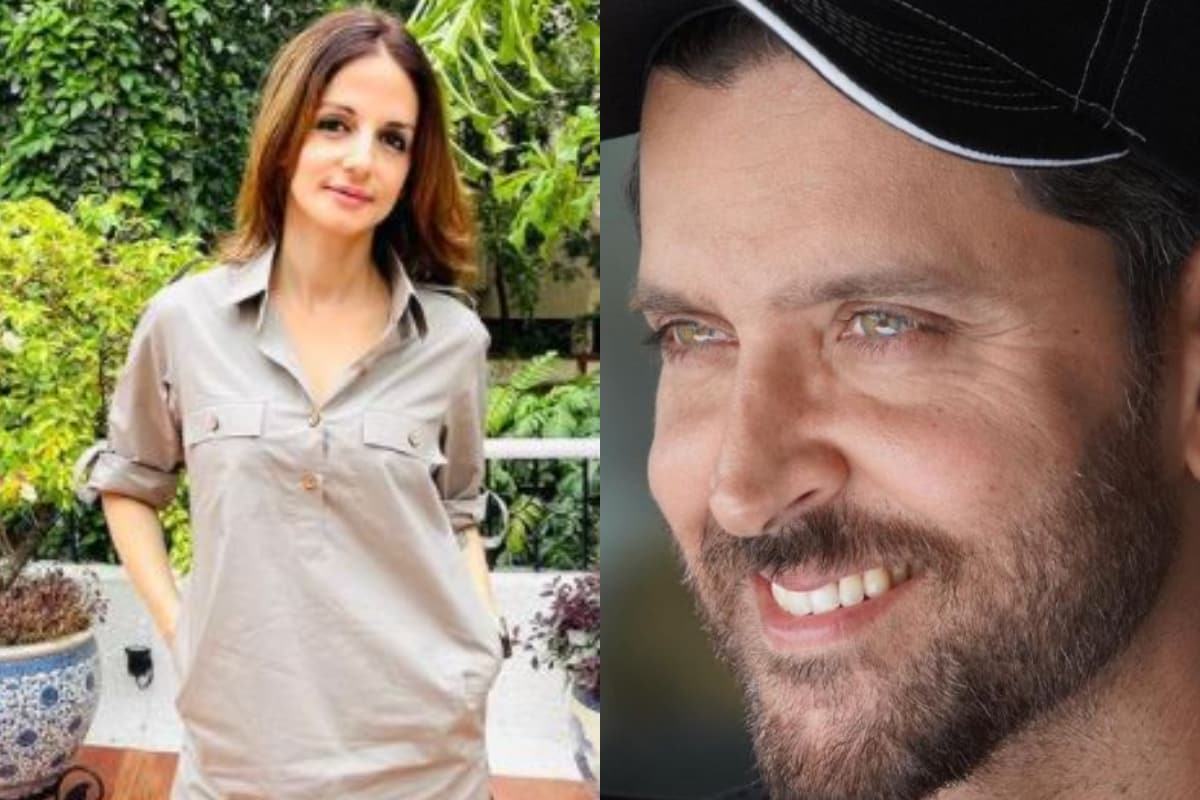 Interior designer and Bollywood actor Hrithik Roshan’s ex-wife Sussanne Khan shared a picture of herself in grey patani suit on Instagram. “The Easy breezy chilled summer- monsoon (lockdown) look.. thank you my dear Mariam.. I totally love these gender fluid patani’s.. @_khan_mariam @la_patiala made them in all my favourite colours.. #pataniwithkeds #genderfluid #fashionlover by @farahkhanali,” she wrote in the caption.

Hrithik took to the comments section of the post and wrote, “Super look”. To which, Sussanne replied, “lol n super comf!”

Hrithik and Sussane tied the knot in the year 2000 and became proud parents of the elder son Hrehaan in 2006 and Hridhaan in 2008. However, they divorced in the year 2014 after being 14 years into marriage. Even after separation, the couple continued their cordial relationship and co-parented their kids. They have been sported together vacationing with the family in the past.

On the work front, Hrithik will reportedly play the lead in an Indian adaptation of the popular English series The Night Manager. He will play an Indian version of the Jonathan Pine character, essayed by Tom Hiddleston in the original 2016 limited series based on the 1993 novel by John Le Carre. Hrithik Roshan, along with Deepika Padukone, is set to star in Siddharth Anand’s patriotic-action-drama Fighter. The film is scheduled to release on September 30, 2022, and would mark the third collaboration between Roshan and Anand, after Bang Bang (2014) and the 2019 Yash Raj Films blockbuster War.