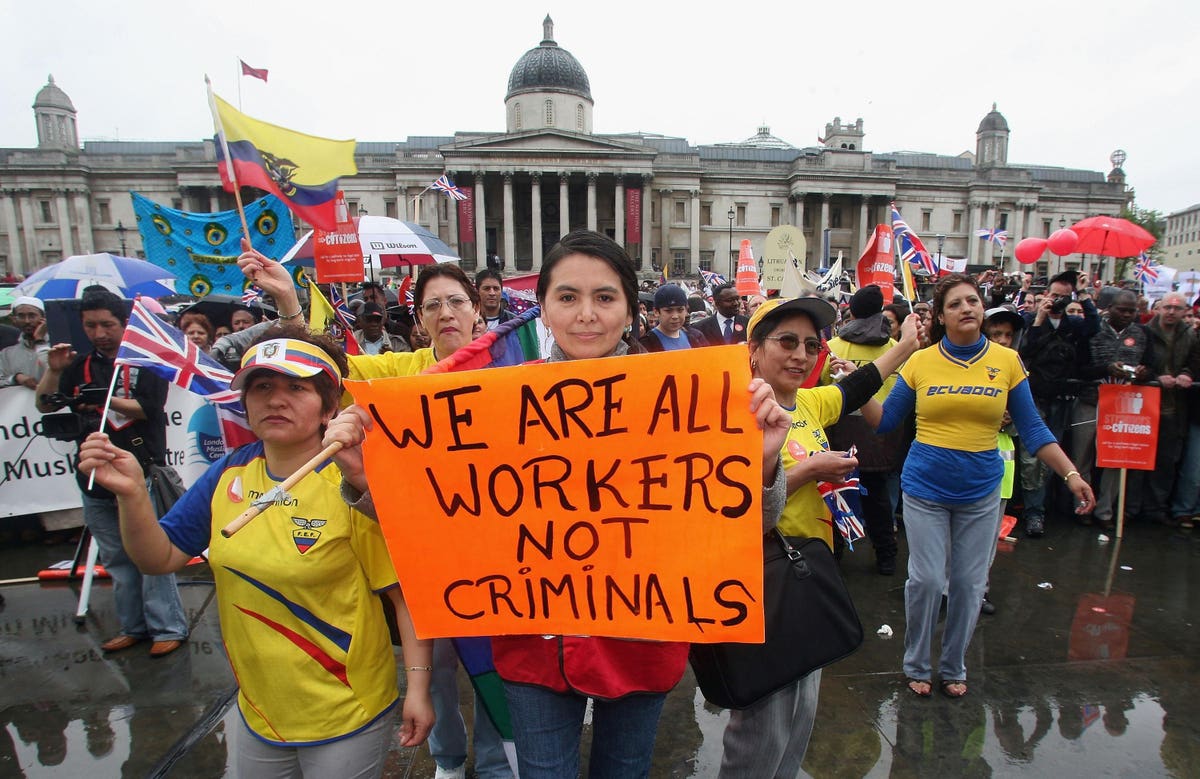 The New York Times
reported Friday night that “Democrats in Congress plan to use their $3.5 trillion budget to try to unilaterally speed through . . . far reaching policy changes on immigration.” Specifically, “Party leaders plan to include measures to create a path to citizenship for as many as eight million undocumented immigrants.”

It is highly controversial whether the budget rules would allow immigration changes to go through by the mere 51 votes (instead of the normal 60). Republicans would argue that immigration is not like taxing and spending bills, for which the expedited “budget reconciliation” process is meant.

I say immigration reform can pay its way. Some of the procedural issue turns on precedent. In 2005, the Republican-controlled Senate passed a version of what ultimately became the Deficit Reduction Act through reconciliation. Section 8001 of the Senate-passed bill processed immigrant visas (i.e., green cards) not used in previous years, for use in future years.

It is not just that this is a precedent. After all, the Senate has an officer, the Senate Parliamentarian, to rule on issues like what provisions can get expedited “budget reconciliation” treatment. (I have recently written an article:

The ConversationThe obscure, unelected Senate official whose rulings can help – or kill – a bill’s chance to pass

. It seems that the Senate Parliamentarian did not make a formal ruling; the provision went through the Senate without anyone demanding such a ruling. What excited onlookers was not this issue, but how the bill had a tie vote on the Senate floor with a tie-breaking vote case by Vice President Dick Cheney.

More to the point is the logic by which the 2005 provision landed in the bill. The proponents of the bill were not likely to be closet immigration reformers. Rather, they were trying to save as much money as possible to deal with the raging deficit of that time, exploding from the Bush 2001 tax cut and the 2003 Bush war in Iraq. The proponents of the bill clearly saw a way to feed the Treasury by legalizing more immigrants.

So what needs to be emphasized? Immigration has a huge effect directly on the Treasury. Moreover, the effect is not indirectly, through the economy, like a minimum wage increase. The effect is direct. Undocumented immigrants pay many billions of dollars annually in payroll taxes. Those funds include flows into the Social Security Trust Fund. This huge flow is very regular. Employers do not want to get into big trouble by failing to take payments out of paychecks, so they take the money out of what they pay the undocumented. The immigrants buy fake social security cards and the like, and the employers pay the number on the card.

What is even more striking than the payroll taxes, are the income taxes. Even now, many of the undocumented get a special income tax ID, called an ITIN. They do this with the expectation that they are creating the document trail for their eventual legalization. More billions would flow to the Treasury if there was Congressional action, such as a provision in a (reconciliation) bill.

The Treasury Secretary, Janet Yellin, has established herself as a strong voice for workers. She, or a subordinate, could provide strong testimony at hearings about the budgetary significance to the Treasury of immigration provisions. Count on it.