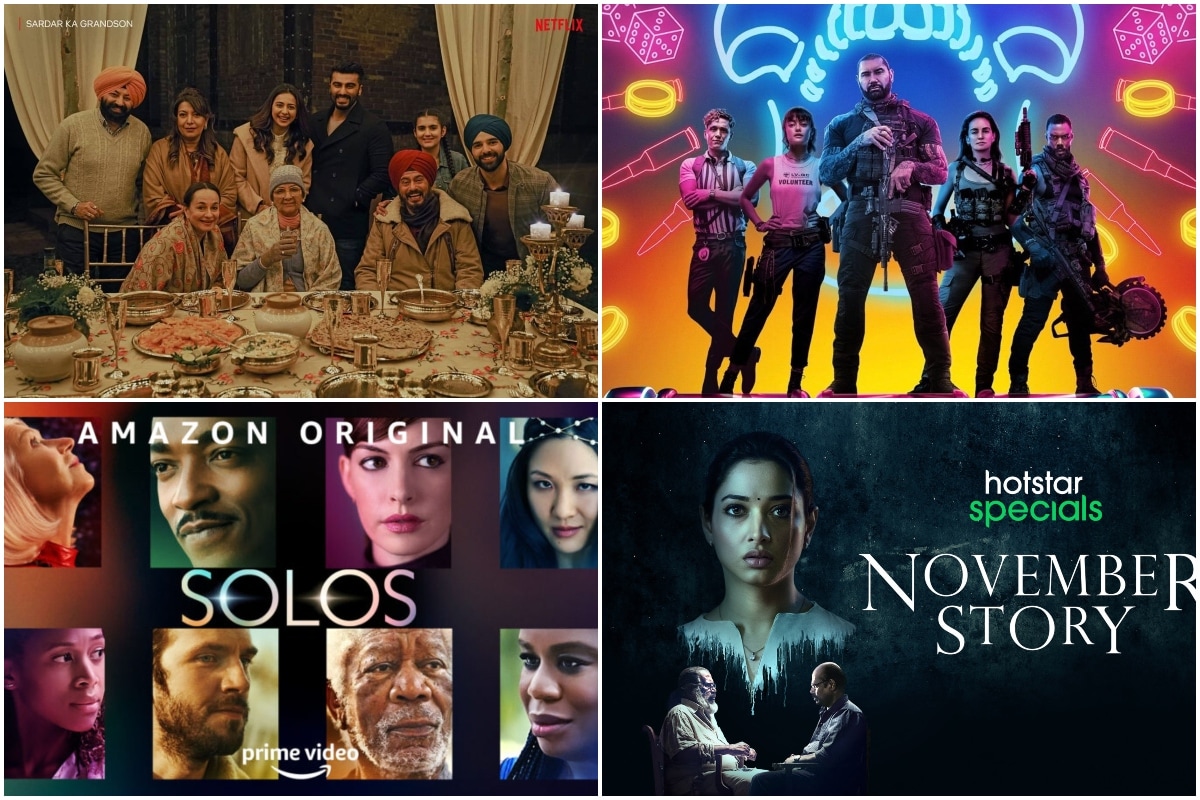 Imagine entering a zombie infested city that is about to be destroyed to recover potful of money from a casino. That’s the premise of Zack Snyder’s zombie heist film Army of the Dead. Desi fans of zombie films will be happy to see a familiar face in Huma Qureshi, who is playing a refugee and single mother.

In Sardar Ka Grandson, Arjun Kapoor sets out to achieve something more impossible – shifting an entire house from Pakistan to India to fulfill his grandmother’s wish. Find out if the two tough feats are achieved in Army of the Dead and Sardar Ka Grandson on Netflix this week. Plus here are other interesting titles to check out too.

Army of the Dead (Netflix)

After a zombie outbreak in Las Vegas, the walled-off city is set to be destroyed by the US government by dropping a nuclear bomb and wiping out all the zombies at once. Before it is nuked, mercenary Scott Ward (Dave Bautista) is approached by former casino owner Bly Tanaka (Hiroyuki Sanada) to break into the quarantine zone and recover money from his casino vault. The zombie heist film directed by Zack Snyder has an ensemble cast that consists of Indian actress Huma Qureshi in her Hollywood debut. The film was announced in 2007, but spent several years in development hell at Warner Bros. before having the rights bought by Netflix in 2019.

Solos is an American dramatic anthology streaming television series created by David Weil and produced by Amazon Studios. It stars Morgan Freeman, Anne Hathaway, Helen Mirren, Uzo Aduba, Anthony Mackie, Constance Wu, Dan Stevens and Nicole Beharie. The series ponders what it means to be human, arguing that we are connected to others through shared experiences, even in our most isolated moments.

Actor Tamannaah Bhatia essays the role of Anuradha, a young ethical hacker trying to clear her father’s name, in November Story. Anuradha’s biggest worry at hand is selling her father’s house so she can pay for his Alzheimer’s treatment. Overnight, their lives take a dramatic turn: Anuradha finds her father Ganesan next to a woman’s dead body in that same house. A leading crime novel writer with symptoms of erratic behaviour, all the evidence points in Ganesan’s direction. The 7-episode whodunit, directed by Ram Subramanian, features multilayered storytelling with flashbacks across time frames revealing the back story behind the murder.

99 Songs marks the debut of Academy Award-winning composer A.R. Rahman as writer & producer, and introduces actors Ehan Bhat & Edilsy Vargas. Directed by Vishwesh Krishnamoorthy, the movie follows the journey of a young man named Jay whose life centres around his two great loves: music and his girlfriend Sophie. All is well until Jay’s love for music is challenged by Sophie’s father. 99 Songs is Jay’s quest to understand his purpose and passion, to overcome the challenges that stand between him and everything he cares about.