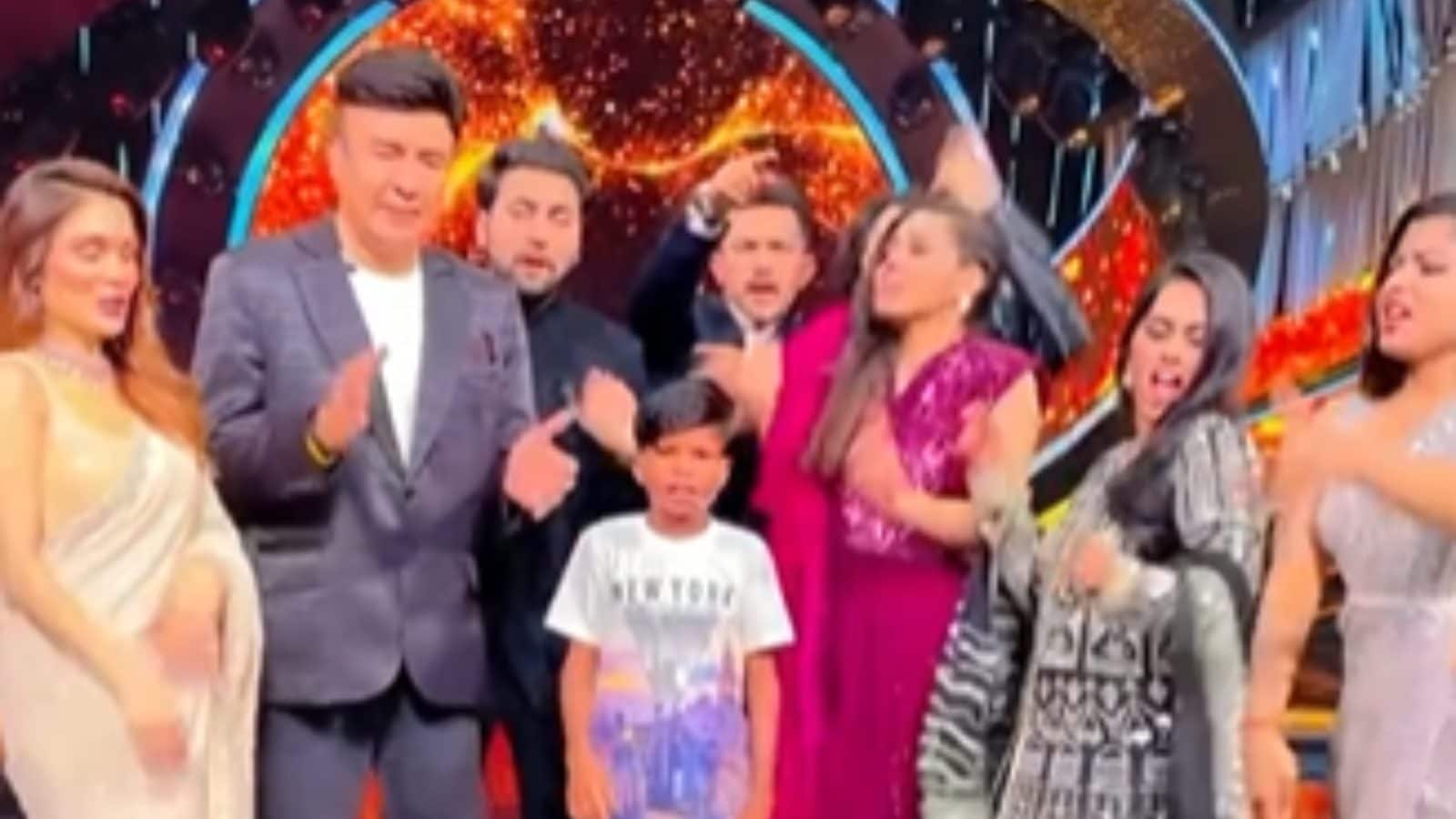 Aditya Narayan dropped a video on Instagram which featured him along with contestants and viral sensation Sahdev.

You might have come across various Instagram Reels on the popular song Bachpan Ka Pyaar. The song went viral after a video of a little boy Sahdev Dirdo signing was shared on social media. There is no doubt that Sahdev became a sensation overnight. Several TV celebrities and film stars have been sharing their videos grooving to the song and it appears that the trend is not dying any time soon. Sahdev is having quite a busy time ever since he became the talk of the town. And now, the young lad will be seen on the singing reality show Indian Idol 12.

The host of the show, singer Aditya Narayan dropped a video on Instagram which featured the contestants, judges Anu Malik and Sonu Kakkar, and the celebrity guest Sahdev. The group was seen grooving to the song Bachpan Ka Pyaar. While sharing the video, Aditya wrote, “Bachpan Ka Pyaar with the OG cutie Sahadev and Indian Idol team.”

This weekend, the semi-finale of Indian Idol 12 will air, with Karan Johar as a special guest. In the special episode, the Top 6 finalists of the reality show will perform on the popular songs from Johar’s films. Sahdev will also grace the event with his presence. There are six contestants -Pawandeep Rajan, Arunita Kanjilal, Nihal Tauro, Mohd Danish, Shanmukhapriya, and Sayli Kamble, who are competing for the Indian Idol 12 prize.

For the unversed, the video of Sahdev singing Bachpan Ka Pyaar was shot at his school by one of his teachers two years ago. Bollywood rapper Badshah released a remix of the boy’s version of the song on Instagram which took the internet by storm. Sahdev hails from Chhindgarh block of Chhattisgarh’s Sukma district. Last month, the Chief Minister of Chhattisgarh Bhupesh Baghelmet Sahdev honoured him. The original version of Bachpan Ka Pyaar was sung by Kamlesh Barot and was released in 2019.