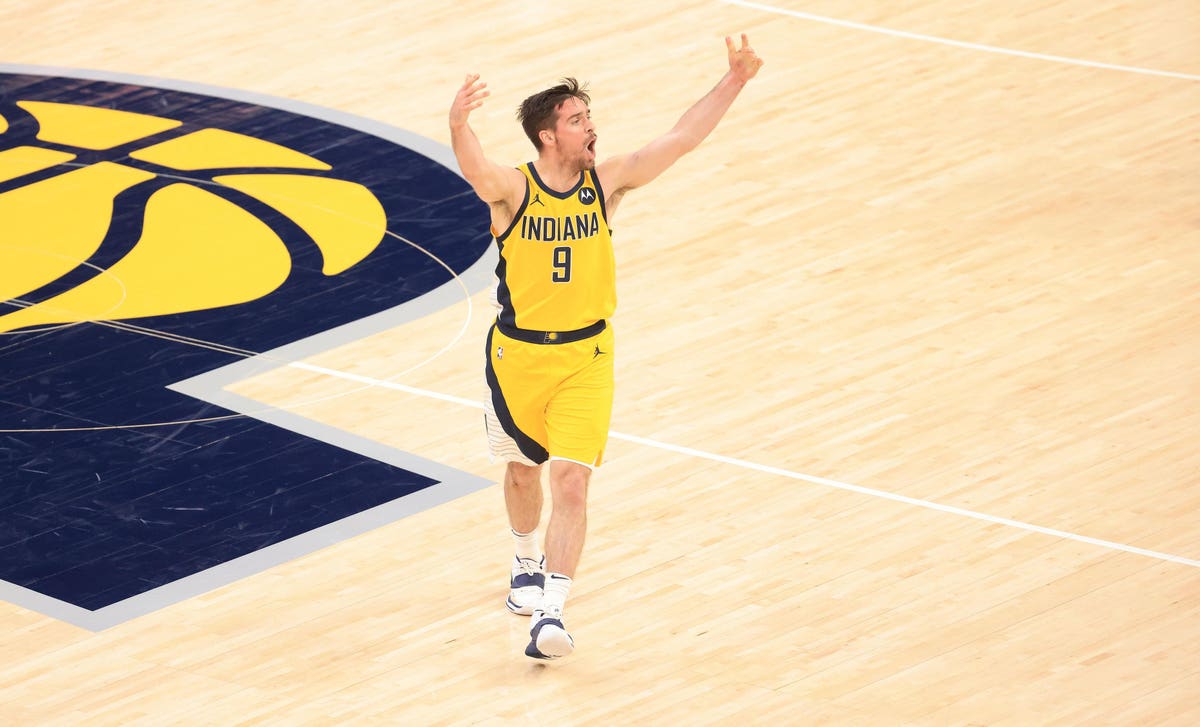 Soon after the flurry of signings began at 6 p.m. on Monday, the Pacers made their first move. Multiple reports stated that Indiana will be bringing back key reserve guard T.J. McConnell on a four-year, $35.2 million contract. Per J Michael of the Indianapolis Star, the final season of the contract isn’t fully guaranteed.

McConnell was an important free agent for the Pacers — perhaps the most important one after the team sent away reserve point guard Aaron Holiday on draft night. It was crucial that the team locked him up quickly in free agency, and they did just that. The front office more than doubled McConnell’s salary from his first two seasons with the blue and gold, showing how much they wanted him to return to the organization.

The 29-year old backup point guard said that he “would love to be back,” in Indiana at the end of last season, and he got his wish. He earned this contract after a strong 2020-21 season, one in which he averaged a career-high number of points and assists per game while leading the entire NBA in steals. He proved to be one of the best backup point guards in the association.

“I think he’s one of the most underrated players in the league,” Pacers starting point guard Malcolm Brogdon said of McConnell in early 2020. “We’re lucky to have him.”

Without knowing how much money McConnell has guaranteed in the final season of his deal, it’s impossible to pinpoint the average salary over the life of his contract. But a deal that, at the most, pays the six-year veteran an average of $8.8 million per season is fine for one of the better backup point guards in the league.

Cory Joseph will reportedly receive $5 million per season on his next deal, and Alex Caruso will make an average of $9.25 million per year. McConnell is better than Joseph and on the same impact level as Caruso, so the Pacers locked up their reserve floor general on a market value contract, at worst, and a below market value deal at best. If the guaranteed salary in the final season of the contract is small, then this deal will look even better.

Soon after the McConnell deal was reported, Adrian Wojnarowski of ESPN detailed that Indiana had come to terms on an agreement with forward Torrey Craig.

Craig, a 30-year old from South Carolina, is a four-year veteran best known for his defensive abilities. Because of his stocky, 6-foot-7-inch frame, Craig can battle with anyone, and he has quick feet to go with his imposing stature. His skills on defense have allowed him to be in the postseason rotation for both the Nuggets and Suns over the past three seasons, and in both cities Craig showed that he can be a contributor when the games matter most. Phoenix relied on him often during their recent run to the finals.

“He’s a big, strong wing defender who can guard [point guards] and [shooting guards] and power forwards and can switch on to a bigger guy,” Suns head coach Monty Williams said said of Craig last season. Craig wore many hats for Phoenix and ended up playing nearly 20 minutes per game with the Suns — he even logged eight starts at the power forward spot down the stretch of the season.

Craig’s deal with Indiana is reported to be for two-years in length and $10 million in total value. Scott Agness of Fieldhouse Files reported that it is fully guaranteed. Craig’s contract, like McConnell’s, proved to be very similar to what the market was bearing for a player in his role. Other reserve forwards — such as Jeff Green and David Nwaba — signed for the same average annual value as Craig at $5 million per season.

Indiana has struggled to find players for its roster that fit well at power forward in recent seasons — the late-season addition of Brissett was important for the Pacers last year for this exact reason. Now, between Brissett and Craig, the blue and gold have two natural fours who can defend well and play in space. That should give new Pacers head coach Rick Carlisle the ability to deploy more versatile lineups this season.

“We’re going to make a heavy emphasis on getting better defensively and finding ways to create as many small edges as we can,” Carlisle said soon after being hired by Indiana. Craig can help accomplish both of those goals.

These two moves, while not being overtly flashy, help the Pacers nearly finalize their roster. The team has few holes on its depth chart — Craig filled the need for another defensive-minded frontcourt player and replaces Doug McDermott as a second unit forward option while McConnell slots right in as the teams backup point guard. The Pacers had two clear needs at the start of free agency and they filled them right away.

Indiana how has 13 guaranteed deals lined up for next season. The team’s roster is nearly complete, and if the front office elects to hold on to the non-guaranteed contract of Kelan Martin, then McConnell and Craig could be the Pacers only free agent additions this offseason. Neither of them are franchise-altering talents, but the blue and gold are betting that their contributions can combine with better health and a head coaching upgrade to help the Pacers reach their goals of playoff success. Since T.J. McConnell and Torrey Craig are both skilled and fill a need for the blue and gold, they can help the team try to reach those heights.