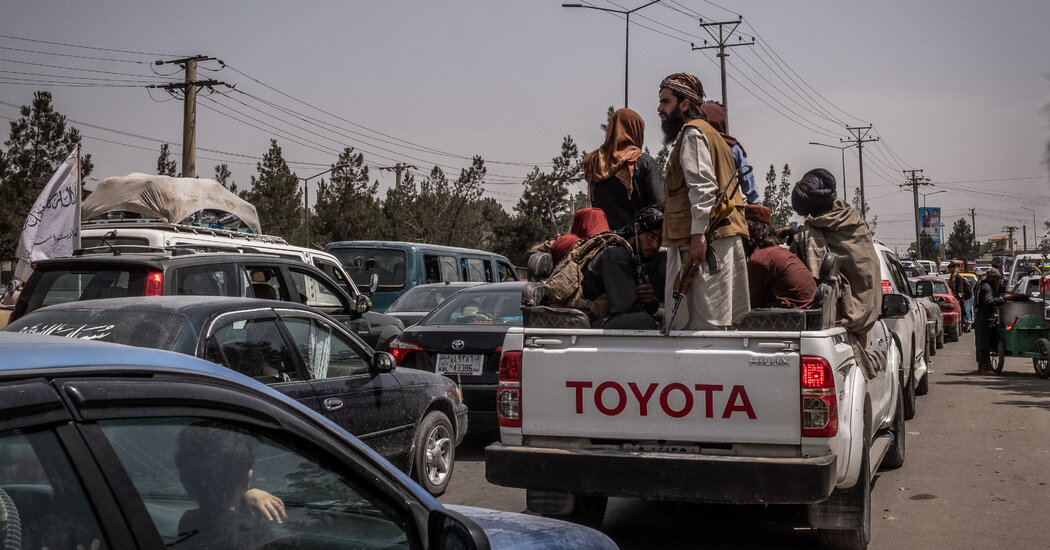 Making precise predictions of when a government could fall is an impossible standard to meet, according to former intelligence officials, a task better for oddsmakers than government analysts.

Even so, clear warnings emerged in the weeks before the collapse. By July, the reports from the C.I.A. and other agencies were growing more urgent. Intelligence analysts noted the Afghan military and government were unprepared to counter the Taliban’s push toward Kabul, raising questions about whether they would mount any serious effort to defend the capital.

Congress was also given a historical analysis of the Taliban’s previous campaigns to take over the country, a report that noted the group had learned lessons from the 1990s. The Taliban, the intelligence report accurately predicted, were likely to secure provincial capitals, the border and the country’s north before moving on Kabul.

Asked by ABC News’s George Stephanopoulos on Wednesday whether the chaos in Afghanistan was a failure of “intelligence, planning, execution or judgment,” Mr. Biden did not directly address the question. Instead, he criticized President Ashraf Ghani’s decision to flee Afghanistan and the collapse of the military.

“When you had the government of Afghanistan, the leader of that government, get in a plane and taking off and going to another country, when you saw the significant collapse of the Afghan troops we had trained, up to 300,000 of them, just leaving their equipment and taking off — that was, you know, I’m not, that’s what happened,” Mr. Biden said. “That’s simply what happened.”

Over the past year, intelligence agencies shrank their predictions of how quickly the Afghan government would fall, from two years to 18 months to six months to a month, according to current and former officials. But, according to officials, the warning that its demise was days away never came.

The intelligence he reviewed, General Milley said, outlined different scenarios including a Taliban takeover after the collapse of the Afghan security forces, a civil war and a negotiated settlement.