Israel Reimposes Covid Restrictions In Hopes of Avoiding a Lockdown 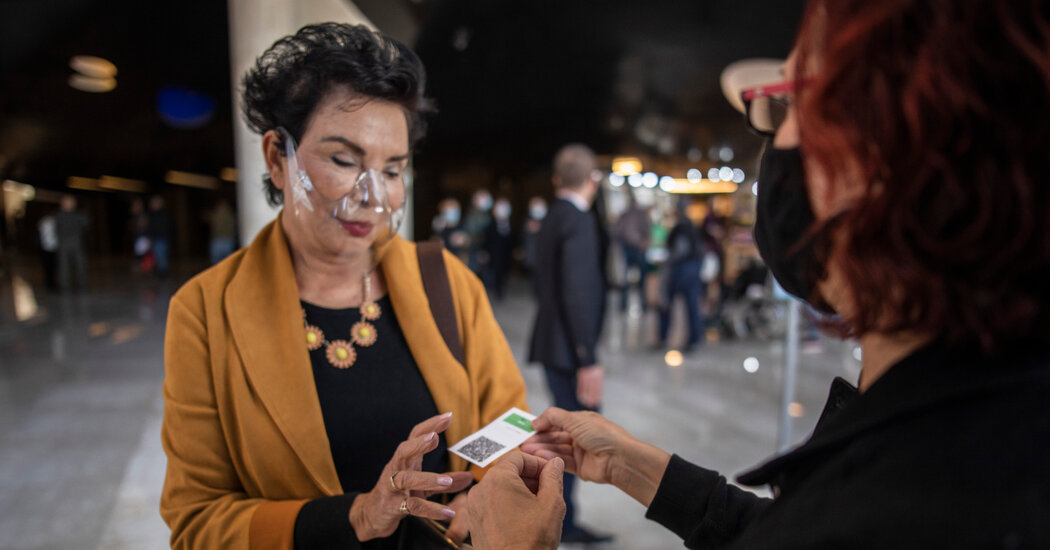 With its population vaccinated against the coronavirus at a fast pace and only a handful of new cases being reported, Israel all but declared victory over the virus earlier this year. But now, as the country’s authorities struggle to contain the spread of the highly contagious Delta variant, they are set to reintroduce restrictions, in what they say is a last attempt to forestall another lockdown.

The new measures, announced by the government late Tuesday, include expanding vaccine and mask-wearing requirements for some gatherings, a shift back to a work-from-home policy, and more sweeping travel restrictions. Some of the new restrictions are expected to take effect Sunday, and others later in August.

The reversal, coming only a few months after Israel reopened its economy and glimpsed a vaccinated, post-pandemic future, is widely regarded as a test for Israel’s new prime minister, Naftali Bennett.

When he was a member of the opposition last year, Mr. Bennett wrote a booklet on how to beat the pandemic that criticized the government of his predecessor, Benjamin Netanyahu, for its handling of the crisis. He also blamed Mr. Netanyahu for what he said was a failing strategy that led to a holiday lockdown last year. Now that he is in charge of the government, Mr. Bennett faces the prospect of having to impose another lockdown over the Jewish holidays in September.

“Our goal is to keep Israel open, but not to get to the stage where the hospitals will one day have to say: ‘There’s no room, you can’t come in,’” Mr. Bennett said on Wednesday at the inauguration of a vaccination center in Jerusalem. “We know when to hit the brakes.”

A country of nine million people where most citizens over 16 are fully inoculated with the two-dose Pfizer-BioNTech vaccine, Israel was among the first countries to offer a third dose to people with compromised immune systems, which it began to do last month. Israel has since begun to administer third doses to people aged 60 and over.

Still, about a million Israelis who are eligible to be vaccinated have so far refused to do so, despite the wide availability of the vaccine.

“That was, and is, the problem, the main thing that is bringing us closer to harsh restrictions,” Eran Segal, an expert at the Weizmann Institute of Science, wrote on Twitter.

Studies have indicated that immunity from Pfizer-BioNTech and Moderna vaccines is long-lasting, and researchers are still working to understand recent Israeli data that suggested the Pfizer-BioNTech vaccine declined in efficacy a few months after inoculation.

The Israeli authorities have been alarmed by the swift surge in new cases reported daily in the country, which could be counted on one hand in mid-June but have surpassed 3,000 in recent days, according to Israeli Ministry of Health data.

Many Israelis say the easing of airport restrictions was to blame for allowing the Delta variant to become dominant in the country. The government said that people arriving from “most countries of the world” would soon be required to quarantine, including people who have been vaccinated or have recovered from a coronavirus infection.