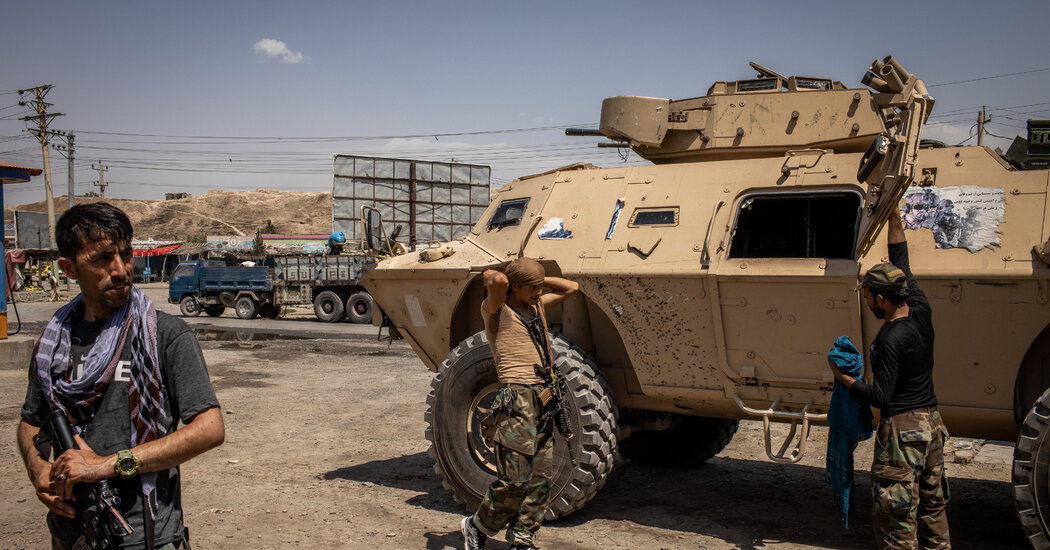 Over the next few weeks, American diplomats hope to restart regular meetings with Afghan government officials, envoys from other embassies in Kabul, civil society and nongovernment organizations, and humanitarian aid groups that have received $3.9 billion in U.S. funding since 2002, shortly after the war began. In that time, the United States has sent $36 billion in nonmilitary assistance to Afghans, with Secretary of State Antony J. Blinken pledging in April to release the second half of $600 million in new aid that the Trump administration budgeted in November.

Shuttering the embassy would be a devastating blow to Kabul’s system of government, which Mr. Jeffrey said the United States helped design over the past 20 years, and could limit American influence in the peace negotiations between Afghan leaders and the Taliban.

It would also be seen by the rest of the world as a retreat.

“That would really, really tarnish the U.S.’s global reputation if the country devolved to the point where the U.S. could not maintain a diplomatic presence,” said Lisa Curtis, a senior fellow at the Center for a New American Security who worked on Afghanistan policy at the National Security Council during the Trump administration.

“It’s just a very difficult situation,” she said. “And I really hope that the government can hold on to Kabul, and that the U.S. will do everything short of keeping troops in the country to support the Afghan government.”

Mr. Weinhold recalled talking to a colleague who was with the Marines when they reclaimed the American Embassy in Kabul in December 2001. The embassy had closed in 1989, when the Soviet military withdrew from Afghanistan after a 10-year war; the American diplomat slept in a sleeping bag on the old building’s floor as the United States worked to reopen it.

“When we’ve closed embassies, it can be decades before we reopen — if we ever reopen in some places,” Mr. Weinhold said, adding that the embassy in Kabul was “a massive operation.”

“What it says to me is the commitment we’ve made to Afghanistan and to the people,” he said. “We have made, over time, a multibillion-dollar commitment just from the State Department side to the people Afghanistan, and we want to continue to build on that.”

The Sixth Sense Of Sharks