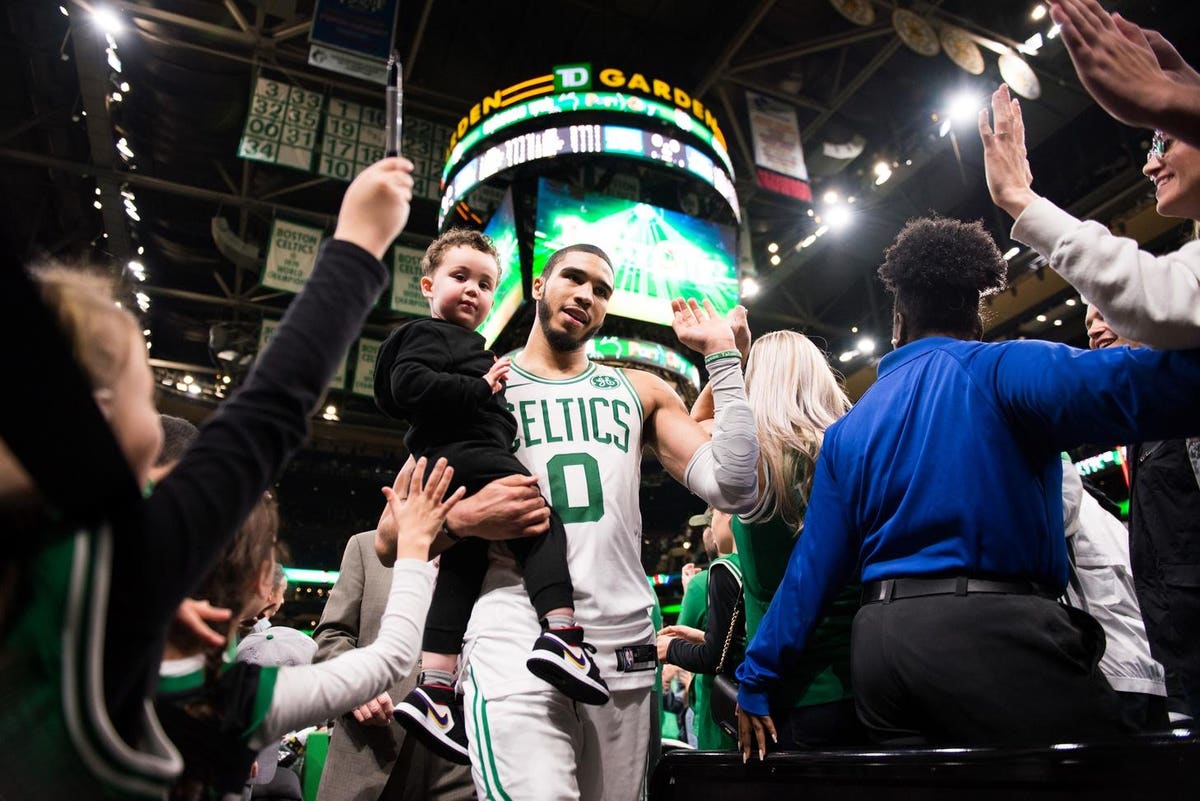 It was right before the Olympics that former Boston Celtics point guard Isaiah Thomas broached the subject. When someone asked him on Twitter whether Jayson Tatum had a shot at winning the MVP, Thomas was quick to the point: “He got a good chance.” At this point in Tatum’s career, it’s not making a huge leap to say that Tatum has an MVP in his future, the question is: what if the future is now?

Let’s be real, the odds are firmly against it. The company SportsBet has the odds of Tatum being the 2021-22 NBA MVP listed and they place a whopping 13 players ahead of him. Still, as a genius in an old film once asked, “you’re telling me there’s a chance?” It’s not an overwhelming likelihood but it remains a possibility and there’s good reason to think that Tatum, at the very least, is ready to take that last leap into superstardom.

Now, as great as Tatum was last year, and he deserved his All-Star nod, it was actually a down season in many respects. Tatum missed a series of games with Covid-19 and he returned while still dealing with the aftereffects, something which he admitted affected his play. Yet he still ended with maybe his most impressive individual performance of his career, scoring 122 points within a three-game span against the Brooklyn Nets, a Celtics team record.

This, obviously, was lost in the shuffle for the obvious and rightful reason that the Nets beat the Celtics in five games. Still, it was a sign that Tatum was in peak form. Even in this season, which was rough for nearly the entire Celtics lineup, Tatum averaged 26.4 points, 7.4 rebounds and 4.3 assists over 64 games.

However, now Boston’s 2021-22 roster is set up to maximize what they will get out of their All-Star forward. For all of Tatum’s career, the Celtics have played him alongside a high-scoring point guard: first Kyrie Irving and then Kemba Walker. With Walker currently with the New York Knicks, Marcus Smart will likely be operating as the starting point guard, which could be ideal for Tatum.

Although Smart’s known to get a little trigger-happy from the three-point line (for better or worse,, sometimes within the same game) he’s clearly not going to be in the lineup to be the focus of the offense. In addition, the return of Al Horford, one of the greatest complimentary players that Tatum has ever played with, provides him with the exact type of court partner that could get the best out of him.

What we could see next season is Tatum unleashed. While we have seen glimpses of this earlier in his career, we all remember Tatum’s brief career as a volume shooter after a possibly ill-advised training camp with the late, legendary Kobe Bryant. Tatum’s a more mature player now, fresh off of winning Olympics gold with a group of fellow top-tier basketballers. If he can combine a greater use-percentage with a superior sense of shot-selection, he’s exactly the kind of player that could attract MVP buzz as early as this season.

Here’s the thing: an MVP campaign for Tatum might, in fact, might be the Celtics’ easiest route to that long-delayed return to the NBA Finals. While the current belief is that a team needs a Big Three to win a championship, the recent successes of Kawhi Leonard with the Toronto Raptors and Giannis Antetokoumpo with the Milwaukee Bucks earlier this year have shown us that a team can ride an incredible postseason run by an MVP-caliber player to a title.

While the odds of Tatum towering over the rest of the league in the same manner that Leonard and Antetokounmpo did look slim right now, things change quickly in the NBA.