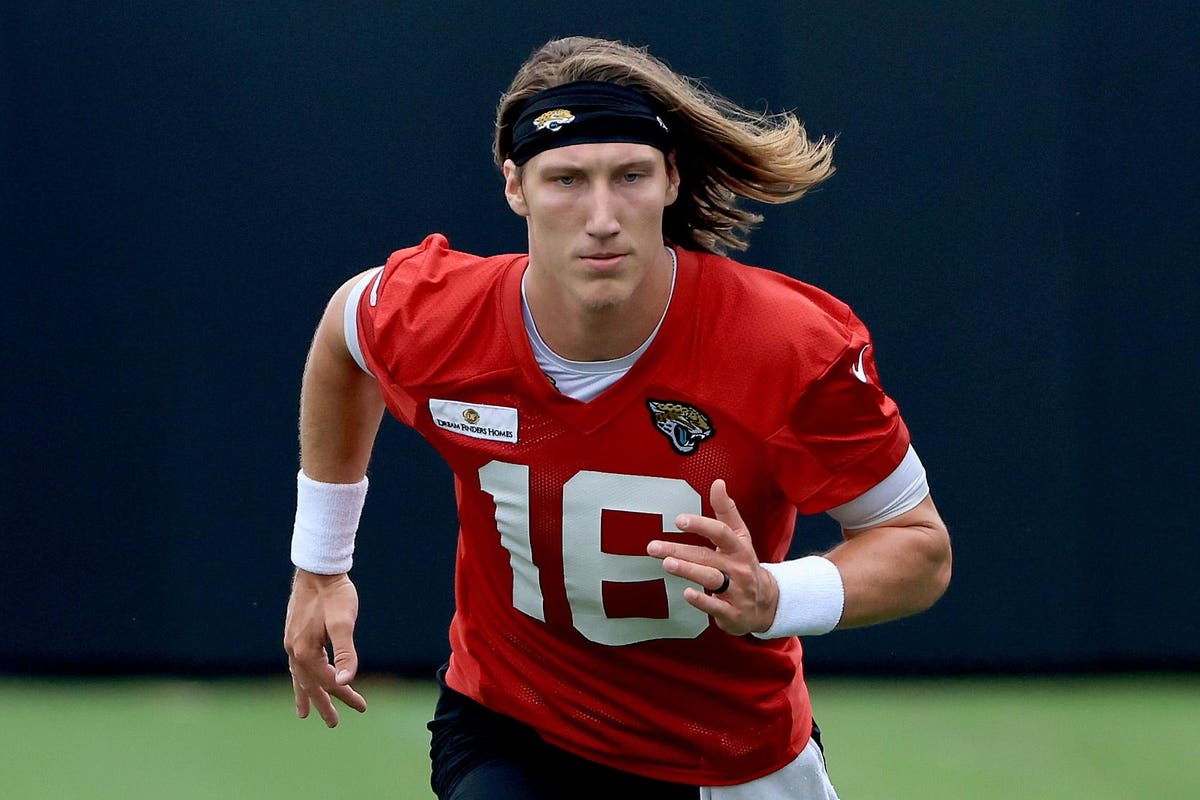 Seriously now. If you’re in charge of the Jacksonville Jaguars, among the worst NFL franchises this century (ranked 26th this year by Forbes out of the league’s 32 teams in value at $2.8 billion), you don’t fool around.

You make the announcement today that you should have made yesterday, a month ago and certainly on Thursday, April 29 in Cleveland, where you turned Trevor Lawrence into the No. 1 pick overall in the NFL Draft.

This guy is our starting quarterback for 2021 and beyond.

Yes, the Jaguars have suggested as much, and they did so long before NFL commissioner Roger Goodell announced “Lawrence” and “Jaguars” in the same sentence to begin the draft.

Saying and doing are two different things. That’s especially true when your NFL franchise has a long way to go after finishing 22nd in home attendance during the league’s last pre-pandemic season of 2019.

If you’re in charge of the Jaguars, it’s easy to promote Lawrence early, often and emphatically as your guy. He has the arm, the legs, the looks, the resume, and he has the PR savvy to do the rarity by making the Jaguars relevant to much of the planet, starting with Florida’s Duval County, home to Jacksonville.

About the latter: Slightly more than two weeks before the Jaguars drafted Lawrence out of Clemson University, folks throughout northern Florida found the wedding registry of the future savior of their franchise and his then-fiancee Marissa, and they showered the couple with gifts.

Lawrence gave a group hug to them all through social media, which was impressive enough, but he went further. He announced he was pledging $20,000 to charities around Jacksonville.

“Thank you, Jaguars fans,” Lawrence said on Twitter. “We really appreciate the wedding gifts and donations for charities of our choice! In addition to the donations, Marissa and I will also be donating $20K to charities in Jacksonville. Thanks again, we hope to be a part of your community soon.”

Actually, forget about NFL Draft night. Within milliseconds after Lawrence’s tweet, that’s when the Jaguars should have announced he would become their starting quarterback for the fall. And, yes, the Jaguars had a huge boost in ticket sales last December, when their 1-15 finish sealed their fate as winners of the unofficial “Tank for Trevor” contest among the league’s worst 2020 teams.

Those ticket sales jumped more in mid-January after the Jaguars hired Urban Meyer as head coach. He won two national championships (2006 and 2008) at the University of Florida before he grabbed another one (2014) at Ohio State .

According to the Florida Times-Union, nearly 50 percent of the fans (spanning from Meyer’s arrival through the day before the NFL Draft) who put down deposits for Jaguars tickets had never purchased a ticket before to see a Jaguars game.

”In my 10 seasons here, I’ve never seen a statistic like that where half of your audience is brand new,” Chad Johnson told the Florida Times-Union, and he’s the Jaguars senior vice president of sales and service and chief content officer. ”They had no two-way relationship with us whatsoever. The momentum is significant and real and it has continued since December.”

Yeah, but that momentum would have soared beyond belief with a “Trevor will start” proclamation from the beginning.

It isn’t too late for the Jaguars to get it right.

No way, previous starter Gardner Minshew should pass Lawrence on the depth chart, and it doesn’t matter that Lawrence has spent his first NFL preseason looking nothing like Aaron Rodgers, the future Pro Football Hall of Famer with the Green Bay Packers, or even Mark Brunell, the greatest Jaguars quarterback ever. You know, whatever that means for a franchise with just four winning seasons since Brunell took the Jaguars to a loss in the AFC Championship Game in 1999.

Those Jaguars aren’t these Jaguars, at least at the moment.

“The starting offense, for two weeks in a row, we are just struggling to get in some rhythm,” Meyer said Monday night in New Orleans after his team dropped to 0-2 this preseason, with much help from a mostly ordinary Lawrence during a 23-21 loss to the Saints.

“We kind of went into the game, let’s run the ball at them a little bit with play action and getting Trevor comfortable a little bit. I know that he had a nice play to his left, threw it down the field, and made a heck of a play. We are not balanced right now.”

No, the Jaguars aren’t. In their two preseason games, they’ve managed 34 points overall, and 31 of those came in the fourth quarters during scrub time. That means they’ve scored just three points during the first three quarters of those preseason games, when Lawrence mostly played.

Against the Saints, Lawrence improved throughout the game. He completed 14 of 23 passes for 113 yards, and before he left for the evening, he led a scoring drive at the end of the first half.

“I thought we did some things well,” Lawrence said. “A lot of other things we need to get better at.”

Lawrence will be fine. History says as much for the agile 6-foot-6, 220-pounder who went 34-2 as a starter at Clemson. He made two trips to the national championship game with the Tigers, and he won one of them. Then, during his earlier days at Cartersville (Ga.) High School, he was 52-2, including a 41-game winning streak and two state titles.

Lawrence did all of that while becoming the people’s choice, as in somebody with the ability to sell tickets without trying.

So, why haven’t the Jaguars already named Lawrence the starter again?