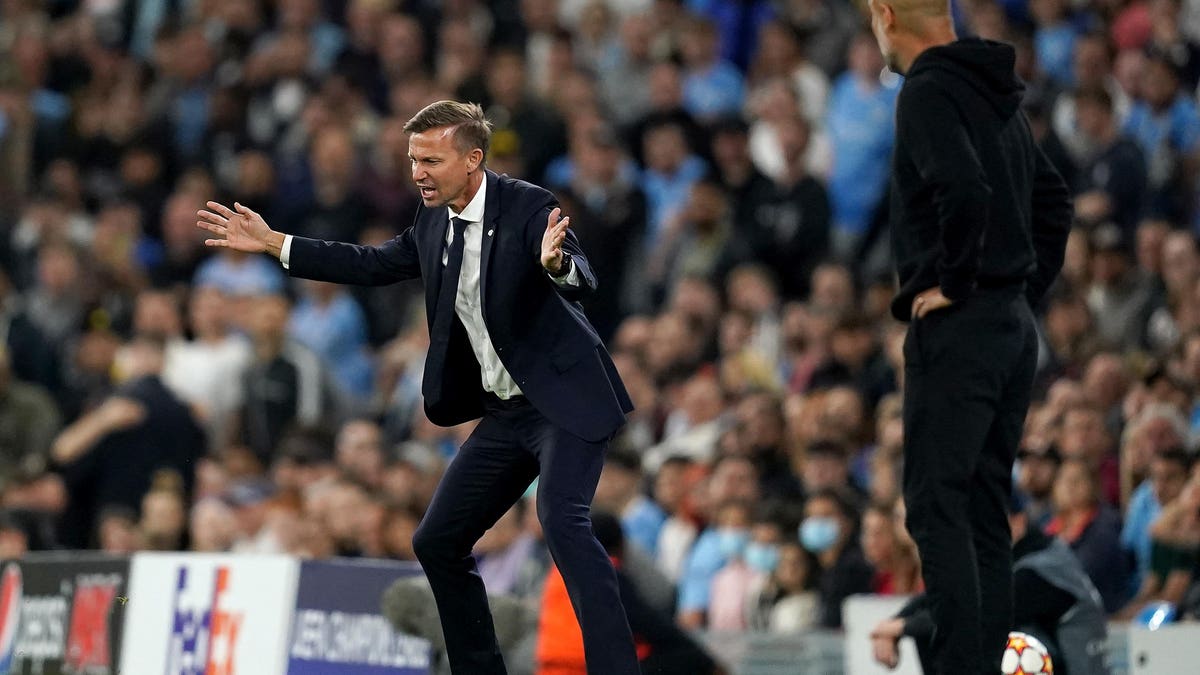 The ball drifted in from the center to the left, over the heads of half the RB Leipzig midfield, finding Man City’s record signing Jack Grealish. Unchallenged, he dribbled into the box and then beat goalkeeper Peter Gulacsi with a wonderfully curled effort.

It was the 56th minute between Manchester City and RB Leipzig, and the goal made it 4-2. Three goals would follow, two for City and one for Leipzig. The final result, 6-3, marked the third defeat in a row and the fourth in six competitive fixtures under head coach Jesse Marsch.

The American head coach arrived at RB Leipzig this summer, replacing prodigal coach Julian Nagelsmann. The 34-year-old joined Bayern Munich in a record deal that can grow as high as $36 million this last summer and then humbled his former club last weekend with Bayern Munich storming to a 4-1 victory.

For Marsch, Wednesday night, therefore, marked the second humbling defeat in just a few days. “It was a spectacle tonight—perhaps a little bit too much of a spectacle,” Marsch said after the City game. “Man City always found the right response to our good periods straight away.”

In particular, the Grealish goal highlighted some of the biggest issues of this Leipzig team. The pass to the winger was unchallenged, Grealish was given too much time to pick up the ball, and his run into the box remained unchallenged.

Adding to this, Leipzig had just made it 3-2 five minutes earlier and would again narrow the lead to one goal in the 73rd when Christopher Nkunku completed his hattrick. But then João Cancelo scored again in the 75th, Leipzig’s Angeliño was sent off in the 79th and Man City would add one more to win the game 5-3.

“It doesn’t get any easier when a team isn’t rewarded with the results that they’re working so hard for,” Marsch said after the game. “We need success on the pitch to restore that self-confidence in the team.”

The American looked frustrated, almost out of depth throughout the 90 minutes. Ahead of the season, Marsch jokingly was wondering about the German word Druck “pressure.” Druck is often used in the German football lingua; it describes the general pressure of having to perform in the high-performance circuit that is the Bundesliga.

Marsch is no stranger to German football, of course—he previously worked under Ralf Rangnick at Leipzig, after all. But Leipzig has since been coached by Julian Nagelsmann, and in two years in charge, the now 34-year-old launched a tactical revolution that was often far removed from the typical Red Bull brand of football.

That’s perhaps where the biggest struggle lies for Marsch. In his six games in charge, the club almost appeared imprisoned between two systems. The high press and midfield mixture are not in tune. The defense, a bulwark under Nagelsmann, has not been able to compensate for the departure of Dayot Upamecano.

Nordi Mukiele was exposed time and time again against City. New signings Mohamed Simakan and Josko Gvardiol did either not feature at all or came on late. Those two, however, are the future, and Marsch will need them to stabilize the defense.

Leipzig still appears like a lose assembly of protagonists in attack; André Silva—signed for $23 million from Eintracht Frankfurt—is still not fully integrated. Leipzig is a weird hybrid system between Marsch and Nagelsmann, either too wild or too tactical; neither is fully efficient.

That will disappoint Leipzig’s functionaries and decision-makers at Fuschl am See. The club has pumped $118 million into the squad ahead of the new season—only four clubs have spent more money in the summer window.

The American now faces the toughest task of his career. Köln, Hertha, Brugge, Bochum and Freiburg are next. Marsch will have to win all of those before he faces PSG. But on paper, Leipzig should be winning all those games—a run that should give Marsch some much-needed room to free himself of pressure, or as they say in German: Druck.

Manuel Veth is the editor-in-chief of the Futbolgrad Network and the Area Manager USA at Transfermarkt. He has also been published in the Guardian, Newsweek, Howler, Pro Soccer USA, and several other outlets. Follow him on Twitter: @ManuelVeth