John Cena Talks WWE, ‘The Suicide Squad’ And His Commitment To Make-A-Wish 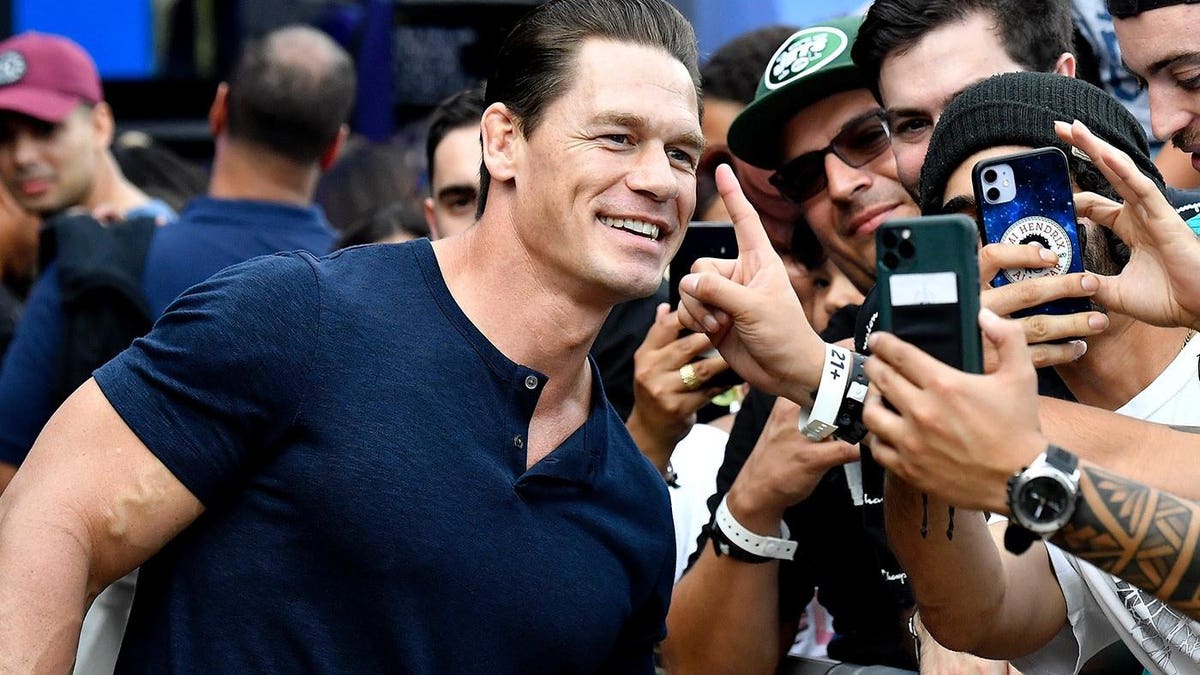 He is starring in Hollywood’s biggest blockbuster films, he is admired by wrestling fans around the world and the guy even raps. Is there anything John Cena can’t do?

After recently joining the Fast & Furious franchise in F9, Cena continues on his action-packed path by playing Peacemaker in The Suicide Squad, arriving in theaters and streaming exclusively on HBO Max this Friday. Cena credits the film’s writer and director James Gunn for initially intriguing him to take on the role.

“I’m a fan of his and his ability to tell stories, especially his ability to take less than major marketed superhero IP (intellectual property) and get you to care about them. I think what he did with Guardians [of the Galaxy] was absolutely fantastic and I was really interested to see what’s inside his mind and then we started talking about The Suicide Squad, we hit it off right away. I think it started there. I didn’t track down The Suicide Squad. He asked me to be a part of his team, so I’m super grateful for that.”

Gunn recently shared similar words with me about Cena, regarding his on-screen acting abilities and their working relationship saying, “To be able to see John Cena go places he’s never gone before, something that excited me so much, I decided to make a whole TV series with him.” That series is titled Peacemaker, which is scheduled to premiere on HBO Max in January 2022. When it came to Cena acting alongside award-winning, seasoned Hollywood heavyweights like Viola Davis, Idris Elba and Margot Robbie, he saw that as a valuable learning opportunity for himself, rather than a moment of intimidation.

“It was that old adage, if you’re the smartest person in the room, you’re in the wrong room,” Cena continues. “Well, I was the stupidest person in the room. The great thing about that is I got to get better every day and I mean, leaps and bounds better. Man, I was so moved by performances. So many moments that I shared with wonderful actors. I not only had a bunch of fun and became a member of the DC Universe but I got better as a professional.”

Even with all of his back-to-back Hollywood projects lately, Cena recently found time to shock WWE fans when he showed up at the Money in the Bank pay-per-view event on July 18 to announce his return to wrestling and the world stage that first made him a household name. So why did Cena choose to come back to his roots?

“I didn’t want to really leave in the first place but I was faced with a bold choice and that bold choice is try your hand at another way of entertaining people through movies and television but if you take that risk, then you can’t be on the WWE in a full capacity. I could speak maybe or I could be an announcer but you can’t participate. You can’t have matches because the insurance companies bound you to the production. That’s very fair terms. This is the first time, like Fast came out, The Suicide Squad is coming out August 6. We just dropped the trailer for Vacation Friends. I’ve been filming movies a lot and that’s why I’ve been away. This is the first time I got a break. I have this block of time, so instead of taking a deep breath and kind of letting it all sink in, I wanted to go home and see my family in WWE, so back to the ring I go!”

Cena is set for the main event at SummerSlam 2021 happening on August 21 live from Las Vegas, where he is expected to take on current WWE Universal Champion title holder Roman Reigns. Following SummerSlam, when asked if Cena sees a realistic future of him being able to balance his demanding schedule in Hollywood with more WWE matches, he says, “Man, never say never about the WWE. Like I said, I had a month to myself and here I am back in a ring. So maybe if I get another month to catch my breath, I’ll hopefully make another visit back. I’m going to have to defend that championship that I win from Roman somehow (winks)!”

With already 16 world championship titles under his belt (pun intended), the most rewarding part of Cena’s legacy surrounding the WWE may in fact be the priceless friendships he has built with critically ill children through Make-A-Wish America. According to Make-A-Wish, Cena currently holds another title outside of wrestling with 600 wishes granted, making him indisputably the highest celebrity wish granter.

So, how did this philanthropic pairing ultimately come about? “Make-A-Wish has a great relationship with the WWE,” Cena reveals. “One day in an arena, I was grabbed by the hand and sent in to meet a family, of which that happens a lot in the WWE. There’s a lot of meet-and-greets backstage and pre-show stuff. After the meet-and-greet, I asked who it was and the representative said Make-A-Wish and I didn’t know what Make-A-Wish was. Then they explained to me the charity and the relationship. I said I want to be as involved in this as I can, and the rest is history.”

Make-A-Wish America is well aware of the inspiring difference Cena has made in helping them achieve their ongoing mission. Richard K. Davis, President and CEO of Make-A-Wish America even decided to share some words of gratitude for Cena on behalf of the organization, exclusively for this article saying, “John Cena has been kind enough to dedicate his incredibly valuable time and talent to grant more than 600 wishes over the years, witnessing time and time again the long-lasting impact that a wish can have on families and children with critical illnesses, even years after the wish has been granted. Some families even credit the wish with helping their child overcome their illness.”

With his Hollywood career, his WWE homecoming and his charitable pursuits at all-time high right now, John Cena has his sights set on the future, moving forward with no regrets. “When I look at what I’ve done with my life and this is good, bad and indifferent, I wouldn’t change anything. As a matter of fact, some of the biggest mistakes have been some of the greatest chances for growth. If I could bump into my younger self, I would just say it’s going to be one hell of a ride and then just get out of there before I mess up the space-time continuum even more.”