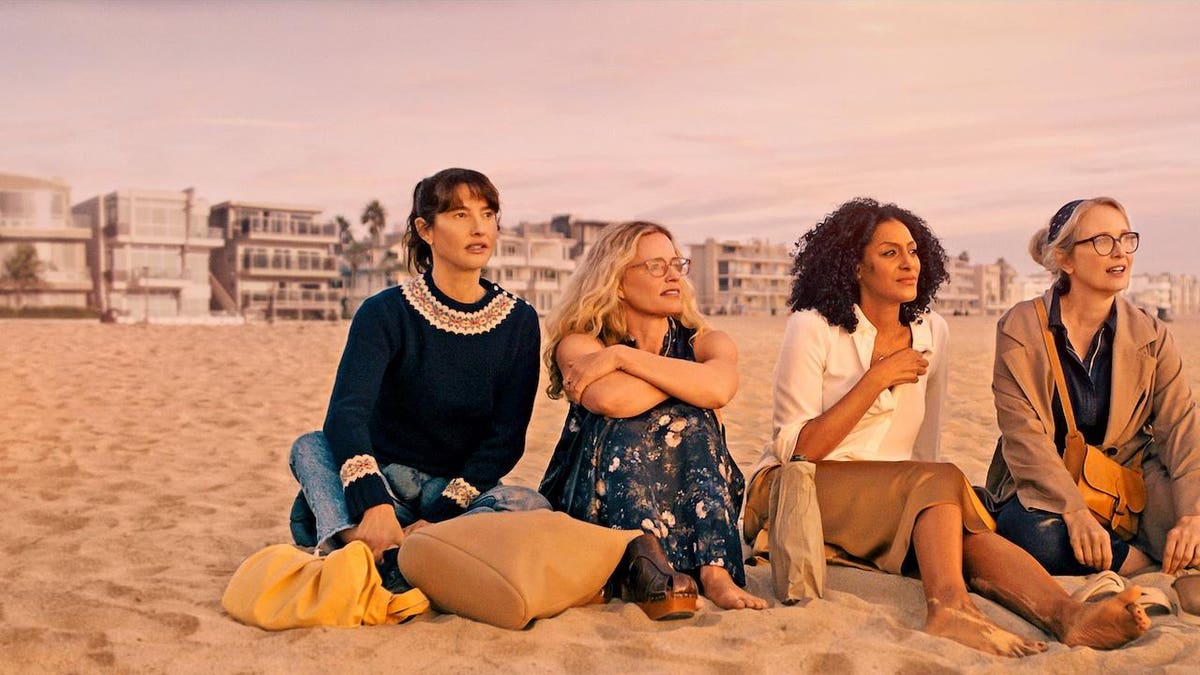 The best is yet to come for four women who are stronger than they may realize at the beginning of the new Netflix
series On The Verge. They will, however, come to understand their power by the end of what this fan hopes is just the first season.

The 12-episode dramedy first premiered on September 7 and it was an easy and fun binge that clocks in at about six hours. Times are heavy and this series provides a much needed escape from our current reality. So, go back in time to a pre-pandemic Los Angeles when issues with our careers and romantic relationships were at the top of most peoples’ minds. This was before we were all fighting a deadly virus and life was a bit simpler.

Julie Delpy (Two Days in Paris, Before Sunrise) wrote, directed and stars in what is a modern day Sex and the City but in lieu of a Carrie, Samantha, Charlotte and a Miranda we have a Justine (Delpy), an Anne (Elisabeth Shue), Yasmin (Sarah Jones) and Ell (Alexia Landeau). And like their predecessors, they juggle the stresses of work and love with their female friendships to help get them through it all.

These best friends are each mothers in their forties, three married and one a single mom with three children. And instead of having New York’s concrete jungle as a stomping ground, they live on the west side of L.A. and call Venice and Marina del Rey home.

The men in their lives will never quite get them the way they understand one another but like Carrie and the gang, their bonds are enough to carry them through whatever life throws their way and life certainly puts each through the wringer.

Justine is a chef who is on the brink of major fame with an upcoming cookbook and successful trendy restaurant. She’s married to a man who has had a rough time finding work but rather than support his wife, he belittles her. Anne is an heiress who is trying to find her own financial success with a clothing line. She, too, has a less than supportive husband. Yasmin, on the other hand, has a very loving husband but is unhappy about her lack of a career. Each of these women has a son.

Ell is such a fun character who always sees the upside. She’s a single mother with a daughter and two sons, each with a different father. She is a constant light who wants nothing more than to give her blended family the best life. Despite constant setbacks, Ell will not stop trying to find a way to make ends meet and she discovers that she is sitting on a goldmine.

Despite any setbacks, they have one another and as it turns out, that’s more than enough. There is definitely more story to tell with each of these women.