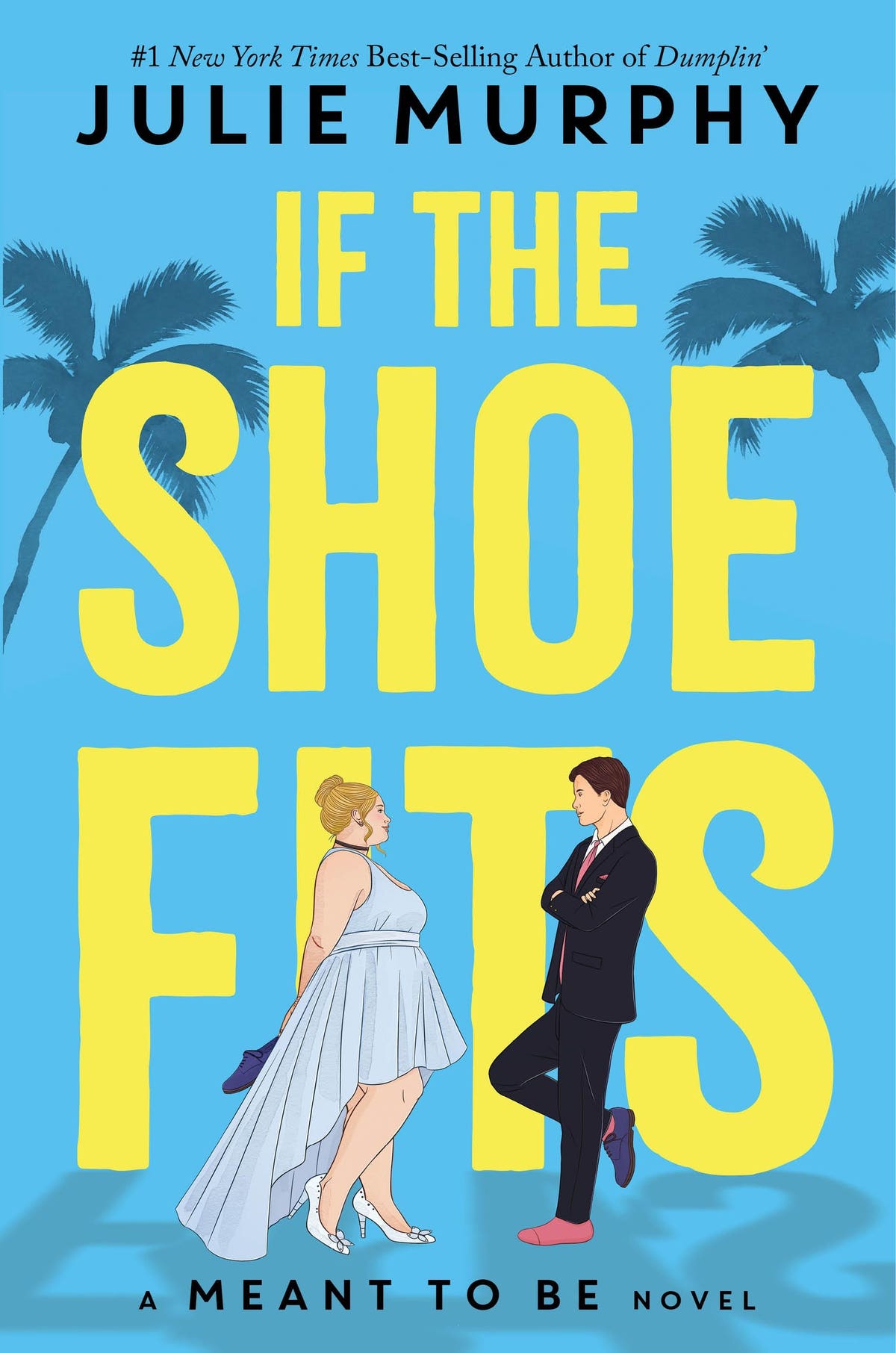 Disney Publishing recently launched its newest initiative, Hyperion Avenue, an adult-focused publishing line of books and stories with Disney characters at the forefront. While Disney is mostly known for kids and young adult stories, having a new outlet to bring in Disney-loving adults to the publishing circle is ideal for the entertainment giant.

The first books from the new line are set to come out this summer, and Disney plans to release up to 60 more titles through the imprint over the next five years. One of the first books to debut under Hyperion Avenue is If the Shoe Fits by Julie Murphy. The story is a refreshing take on the classic Cinderella story as part of the new Meant to Be series. The series will continue showing classic Disney princesses in a new, modern light that shows Disney’s commitment to diversity and telling original tales.

I sat down to talk to Murphy about her new book, If the Shoe Fits, what it was like reimagining a story everyone knows and her thoughts on being the first author in the new Meant to Be series.

Note: This interview has been edited for clarity and time.

Megan duBois: Talk to me about your new book, If the Shoe Fits.

Julie Murphy: So If the Shoe Fits is a collaboration with Disney. It’s the beginning of their Meant to Be line, which is going to be a series of rom-com modern day retellings of classic princess stories. I am lucky enough to be the first one out of the gate with a Cinderella retelling, which follows Cindy, who is a recent fashion school graduate. She’s plus size so her relationship to fashion is very specific and unique to her. She’s sort of floundering after graduation, not sure what to do with few prospects on deck. And so she decides to return home to California to Los Angeles where her stepmother is the producer of a reality dating show and Cindy finds herself with the opportunity to go on the show and kind of fill that void that I think we all experience in the months after college.

duBois: Can you talk about your inspiration for the two main characters as specifically Cindy who is, as you mentioned, a plus size fashion guru, that’s not really something we see in publishing.

Murphy: Yeah. Making this fashion obsessed plus size heroine felt really natural for me. When I was graduating high school, I was actually supposed to be attending FIDM (Fashion Institute of Design and Merchandising) and then because of a family financial crisis, which I think a lot of us experienced in the early 2000’s, plans changed and I didn’t attend fashion school and it worked out because now I get to write about fashion school instead. But it felt like a really natural fit because I clearly remember obsessing over fashion and all the things that I couldn’t have or couldn’t wear, and specifically, always shopping for accessories and shoes, when all my counterparts were shopping in the mall, when we were all hanging out. It felt so right, like I just could so easily speak to that as an author, through Cindy. You know that obsession and passion that she has for shoes. I really wanted to take the Cinderella story and rethink her relationship with her stepmother and what that might look like in an authentic way and something that you can actually build a 300 page book around. I also wanted to do that same thing with her love interest, who is Henry and is sort of like Prince Charming. We wanted to really redefine what Prince Charming with what modern day masculinity could look like, and who is a person who would go on a dating show like this that I would find really compelling and really interesting and who my peers would feel the same way about too.

duBois: Cinderella is such a classic story that everybody knows whether you’ve watched the Disney films or the non-Disney films, you know that story. Was there any pressure at all to bring in certain moments from the original story into your fresh take?

Murphy: I think there wasn’t pressure as much as there was like a really exciting opportunity. When I first discussed the prospect of doing something like this with Disney they asked me what princess I felt like I really wanted to tackle and Cinderella was like the first name out of my mouth. I obsessed over Cinderella. I obsessed over all the details of the story. I thought that I was Cinderella like I thought that my mom was this horrible stepmother who is constantly making me clean, and my only friends are mice, and I obsess over the choker, and the dress and all these different things and so getting to work on all the details that feel like hallmarks of the Cinderella story were the most exciting things. You know, there’s a nod to the orange pumpkin. There’s definitely a fairy godmother type character in the book and these siblings are what we considered like her little mice.

duBois: So you would say some of these things are more like Easter eggs in your books like nods back to the original story rather than reinterpreting it all together?

duBois: When you were preparing to write your book did you look back on the other variations besides the animated classic film from Disney to get inspiration?

Murphy: Oh yeah, definitely. I mean I think that my favorites will always be like Drew Barrymore and Ever After, the brand new version of Cinderella and Hillary Duff version of the film from back in early 2000s. Those were iconic Cinderella stories.

duBois: What does it feel like to be the launch title for Disney’s new imprint Hyperion Avenue?

Murphy: I mean, it’s a real pinch yourself kind of moment. It’s the kind of opportunity that I didn’t even know to dream of and I didn’t even know was a possibility. I’m really, really fortunate, not only did I get to do something like this, but I get to reimagine a Disney princess as a modern day plus sized girl. I think it’s something I’ve been talking about and wishing and wanting for for so long. I just never thought that I would be the one that got to be part of it.

duBois: What do you hope that readers take away from this reimagined story of Cinderella?

Murphy: I always always hope that a plus size reader will look at it and feel like they’re capable of so much more than they ever thought that they were. I hope that non plus size readers look at it and reconsider what they think plus sized people are capable of. Of course, I hope first and foremost it’s just a good story. A secondary hope for all of my books is that it creates room for more books like it, and for us to really consider redefining what it means to be a hero or a heroine.

If the Shoe Fits by Julie Murphy is available where books are sold starting August 3, 2021.