Justin Bieber And Drake Are Now In A Race To Claim The Most Hot 100 No. 1 Hits Among Canadians 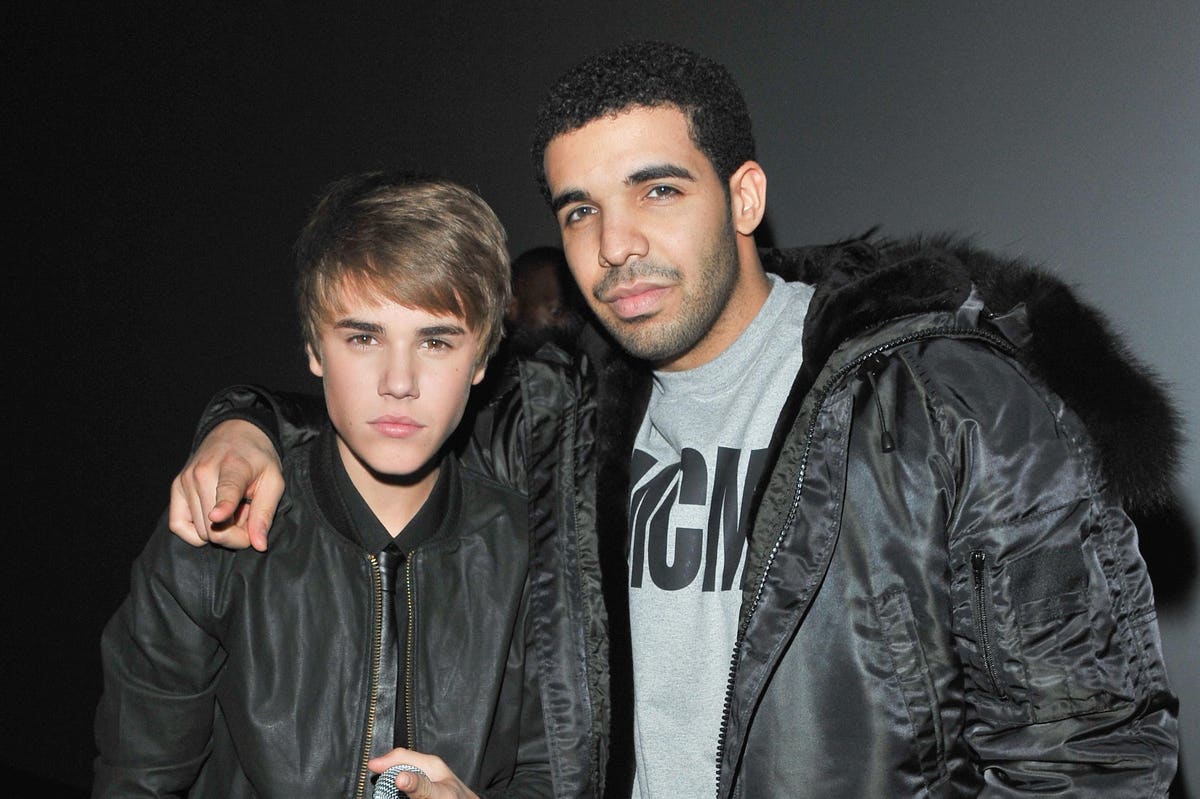 Just a few months after scoring yet another No. 1 debut on the Hot 100, Justin Bieber is back on top of the highly competitive tally yet again, this time as a featured artist on another musician’s song. The Kid Laroi and Bieber take their collaborative tune “Stay” to the peak position after starting it in third place just a few frames ago. The smash is the first chart-topper for Laroi, but Bieber has been in this position before. Several times, in fact.

With one more No. 1 on the Hot 100, Bieber has tied with the most prolific artist of all time on the ranking of the most leaders among his countrymen, according to Billboard.

“Stay” is Bieber’s eighth No. 1 smash on the Hot 100, which is a truly impressive sum for any act, but it turns out that when looking solely at artists from Canada (Bieber originally hails from London, Ontario), that’s the most any star has accrued in America. Bieber is now tied with Drake, who has also scored eight leaders, for the most Hot 100 rulers among Canadians.

MORE FROM FORBESJustin Bieber Ties BTS And Olivia Rodrigo For The Most No. 1 Hits In 2021By Hugh McIntyre

Between the two, Drake was the first to reach the highest rung on the Hot 100, so he has spaced his No. 1s out over a longer period of time. He made it to the peak for the first time alongside Rihanna on her smash “What’s My Name?,” which vaulted to the summit in 2010. Since then, he’s repeated that success with the R&B/pop icon on her tune “Work” and landed the following half dozen champions as a lead act: “One Dance” with Wizkid and Kyla, “God’s Plan,” “Nice For What,” “In My Feelings,” “Toosie Slide” and most recently “What’s Next,” which opened atop the tally earlier this year.

This week, Bieber joins Drake with eight Hot 100 No. 1s, catching up to the rapper just months after he scored his eighth champion on the roster. Bieber has racked up his leaders in a short span of time, as he only first landed at No. 1 back in 2015 with “What Do You Mean?,” which was followed quickly by two more chart-toppers from the same Purpose album, “Sorry” and “Love Yourself.” As a lead act, Bieber has also worked his way to the top with singles like “Stuck with U” with Ariana Grande, “Peaches” with Daniel Caesar and Giveon and now “Stay,” which is featured on Laroi’s album but credited as having two lead acts. He has also controlled the list as a featured artist on Luis Fonsi and Daddy Yankee’s “Despacito” and DJ Khaled’s “I’m the One,” which also features Quavo, Chance the Rapper and Lil Wayne.

Bieber and Drake sit two No. 1 smashes ahead of fellow Canadian superstar The Weeknd, who collected his sixth Hot 100-dominating cut earlier this year.