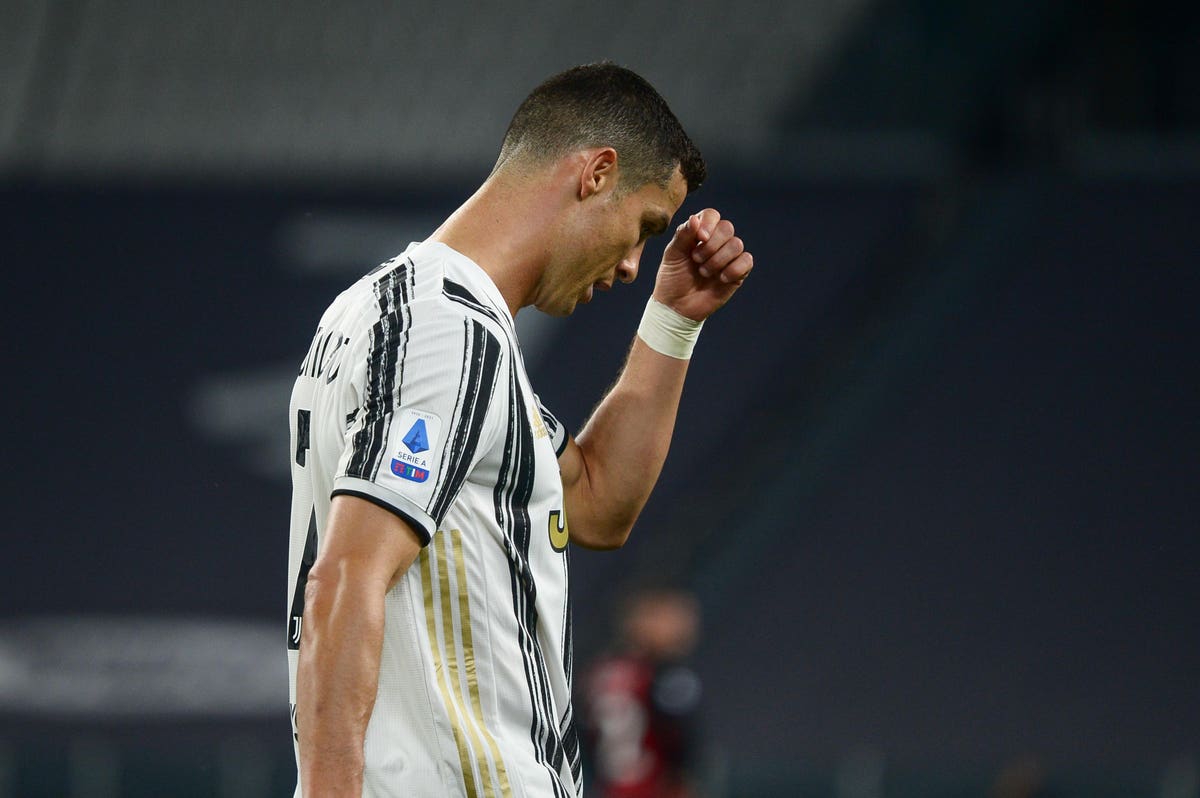 If you ever want to see what a crumbling dynasty living off former glories looks like, just take a glance at the current iteration of Juventus.

After a spell of domination not seen in the Italian game since the Il Grande Torino side of the late 1940s, Juve have been finally dethroned by Inter. Their nine-year hegemony over Serie A came to an end a week ago, and they didn’t put up much of a fight.

Furthermore, such has been the hastened decline of The Old Lady, that there’s now a very good chance that they won’t even qualify for the Champions League next season, following their 3-0 trouncing by Milan on Sunday evening. At least they have the Super League to look forward to.

Juve’s insipid performance was perfectly encapsulated by star player and highest earner Cristiano Ronaldo. Ronaldo was a peripheral player throughput the 90 minutes: doing little, moving even less, and having no impact on the game.

He was roundly criticised in the Italian media for his performance, with the Portuguese striker averaging a match rating of four from the various newspapers. “An embarrassing match due to a lack of quality and will,” wrote Turin-based paper Tuttosport.

As the season enters its endgame, Ronaldo’s impact on Juventus has dissipated by the week. And whilst there have been flashes of the old Ronaldo (last week against Udinese, for example), since their elimination from the Champions League at the hands of FC Porto, his presence has been minimal. A player consistently on the margins.

Ronaldo isn’t entirely at fault here. Juventus have no clear tactical structure or game plan under Andrea Pirlo – a coach who has brought two 3-0 home defeats in a single season for the first time in the club’s history and who will surely be dismissed at the end of the season, regardless if they make the top four – but Ronaldo is paid four times more than the club’s next highest earner, Matthijs de Ligt, and should act accordingly. “Not even a gesture as a leader,” wrote La Gazzetta dello Sport in the aftermath of the Milan game.

Some in Italy had speculated that Ronaldo is conserving his energy with Euro 2020 on the horizon. However a case could also be made that he’s physically burnt out. When at Real Madrid, coach Zinedine Zidane convinced him to sit on the bench during the winter months, being used sporadically and allowing Ronaldo to get into his best condition for the restart of the Champions League from March onwards.

And it worked. Real won three consecutive Champions League titles in a row, with Ronaldo reaching double figures each season in the competition. Yet at Juventus this season, and with Ronaldo now three years older, he’s played virtually every minute of every game this season.

He’s started 29 from 31 league games, six from eight Champions League games, and two from four games in the Coppa Italia. That’s a lot of minutes on the clock. Game overload.

Juventus signed Ronaldo to win the Champions League, yet both the club and player are further away than ever. With three games left of the Serie A season and the club sitting fifth in the table, qualification for the competition is no longer in their own hands.

With Milan possessing a better head-to-head record against Juve and with Napoli and Atalanta having easier run-ins, results now need to go in their favour. Juve are set to face newly crowned champions Inter next weekend, and with Antonio Conte – who started Juve’s nine-year dynasty – never satisfied with anything less than a victory, it would be nothing short of miraculous if Juve finished inside the top four.

Ronaldo will most likely depart Turin at the end of the season, but can he muster up some old magic in order to secure fourth place? On current form, you wouldn’t bet on it.