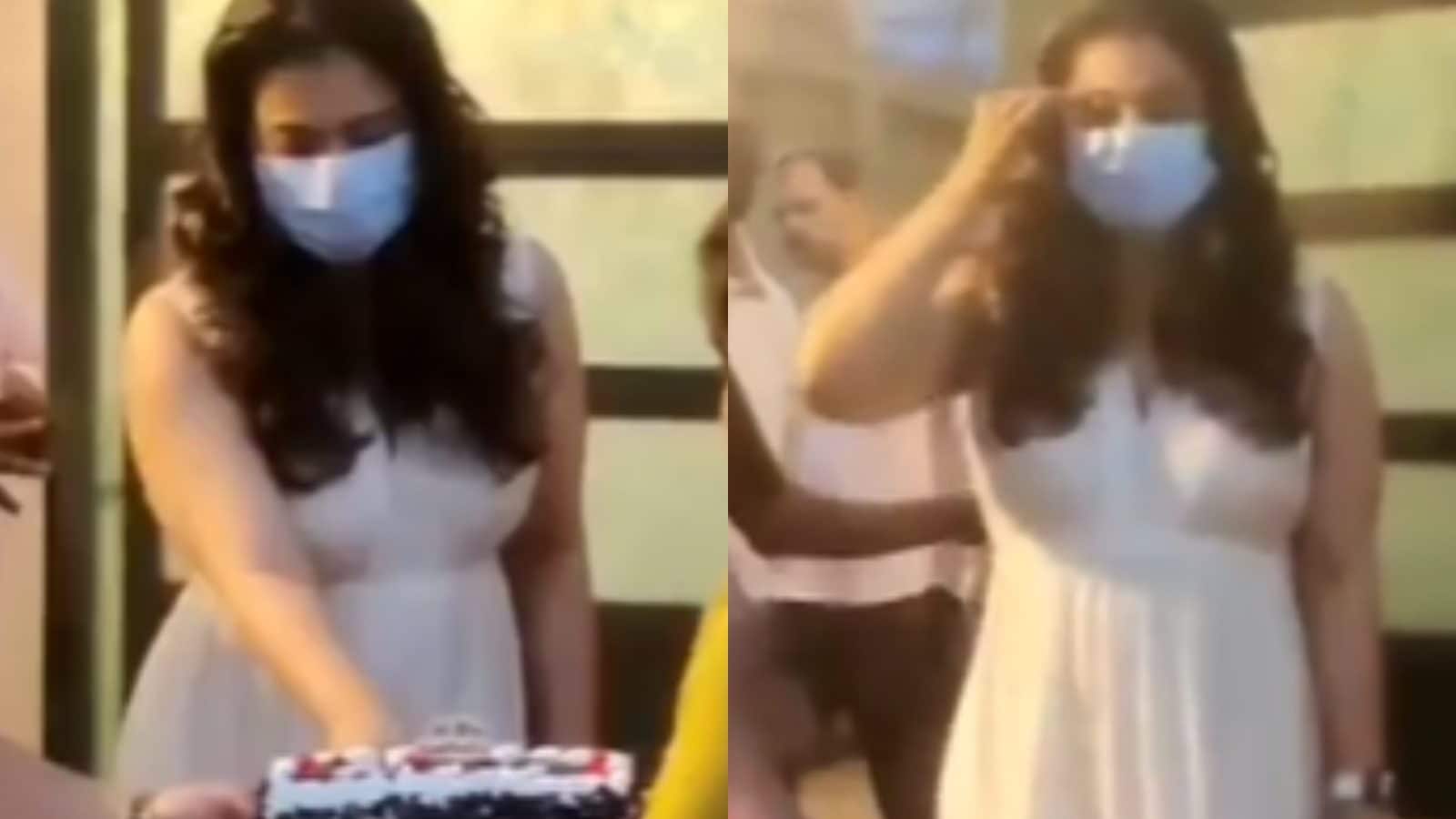 Kajol is facing online backlash for allegedly showing attitude to her fans who gathered outside her house to wish her on her birthday.

Kajol rang in her 47th birthday on August 5. On the occasion of her special day, a bunch of fans gathered outside the actress’ Juhu bungalow to celebrate with their favourite star. They even brought a birthday cake for Kajol. The actress came out to greet her fans and cut her birthday cake, before heading inside her bungalow in a few minutes. A video of the same has emerged on social media. However, it seems netizens are not very impressed by Kajol’s gesture. The actress is being criticised for allegedly showing attitude to her “poor” fans who came to meet her from outstation.

“Why do people even waste their time on these actors? She didn’t even respect the cake,” wrote one user. Another one said, “I think she’s forgetting these are the people who make her who she is. Literally behaving like she’s doing a favour to them.” A third user wrote, “So much attitude!”

Meanwhile, actor Ajay Devgn marked Kajol’s birthday with a special Instagram post. He shared a throwback picture featuring himself and Kajol. The picture features Kajol being her usual self as she laughs out loud, while Ajay can be seen standing with a smile on his face. “You have managed to bring a smile to my face for the longest time now… happy birthday, dearest Kajol, will try to make it as special as you are,” Ajay Devgn wrote in the caption of the post.

Ajay Devgn and Kajol got married in 1999. They welcomed their first child – daughter Nysa – in 2003. The couple’s son Yug was born in 2010. Kajol and Ajay Devgn have worked together in several films like Ishq, Gundaraj, Pyaar To Hona Hi Tha and U Me Aur Hum. They were last seen together on screen in the 2020 period drama Tanhaji: The Unsung Warrior.