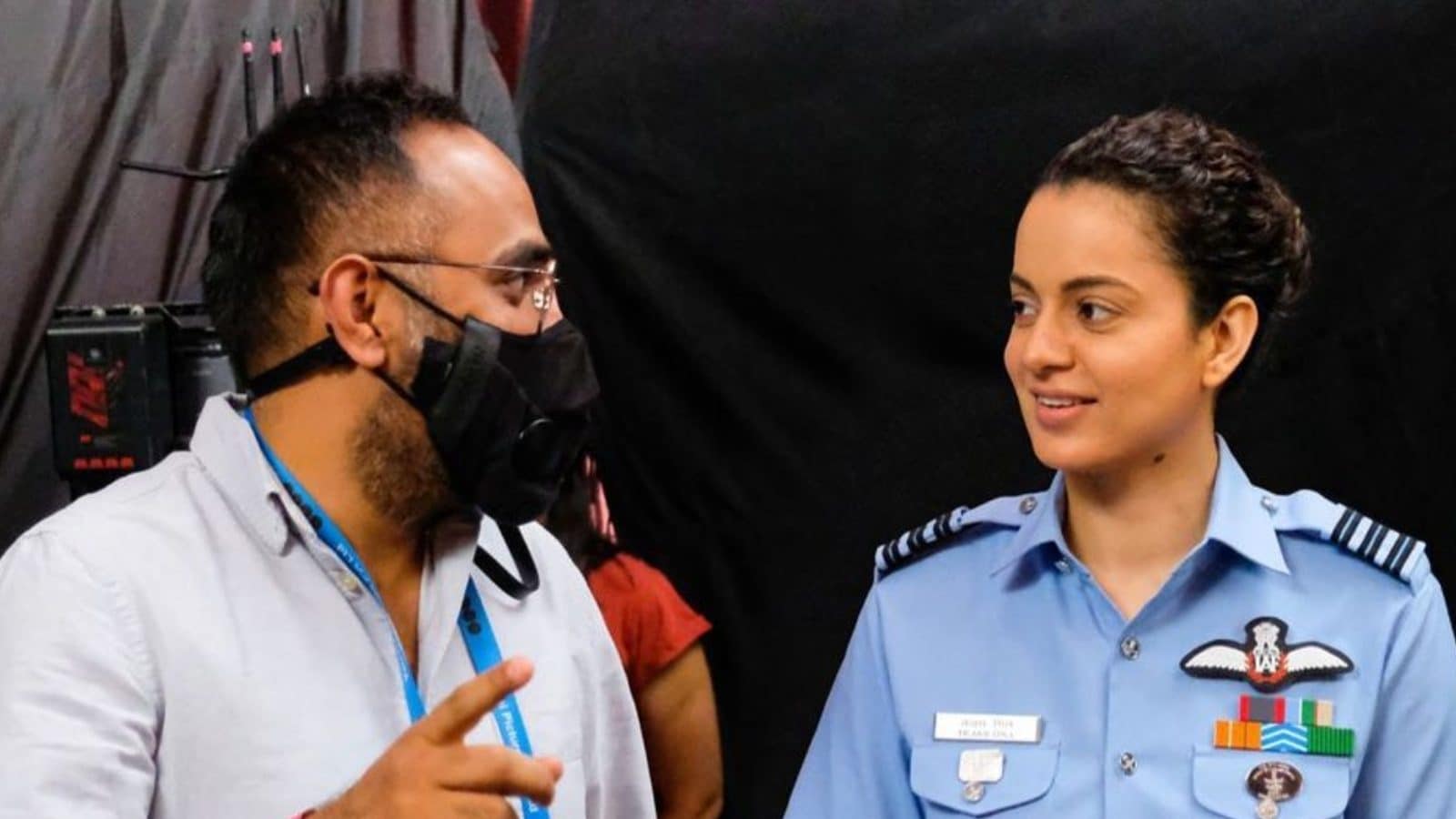 Kangana Ranaut with director Sarvesh Mewara on the sets of Tejas.

Written and directed by Sarvesh Mewara, Tejas is the story of a daring and fierce fighter pilot played by Kangana Ranaut.

Sharing the photo, Kangana wrote, “On to my next mission #Tejas. Starting today… Josh is soaring high thanks to my fabulous team @sarveshmewara @rsvpmovies.”

Written and directed by Sarvesh Mewara, Tejas is the story of a daring and fierce fighter pilot played by Kangana Ranaut. The Indian Air Force was the first of the country’s defence forces to induct women into combat roles in 2016, and the film takes inspiration from the landmark event. The mission based film will also take audience through some of the most challenging combat missions our forces undertake in their effort to keep our country safe.

Meanwhile, Kangana recently wrapped the filming of her upcoming actioner Dhaakad. She took to her Instagram account to share videos and pictures from her last day on the set of Dhaakad in Budapest.

Pitched as a spy thriller, Dhaakad also stars Divya Dutta and Arjun Rampal. It is directed by Razneesh Ghai. Apart from Tejas and Dhaakad, Kangana Ranaut also has Thalaivi, Manikarnika Returns: The Legend Of Didda and a film on Indira Gandhi in her kitty.