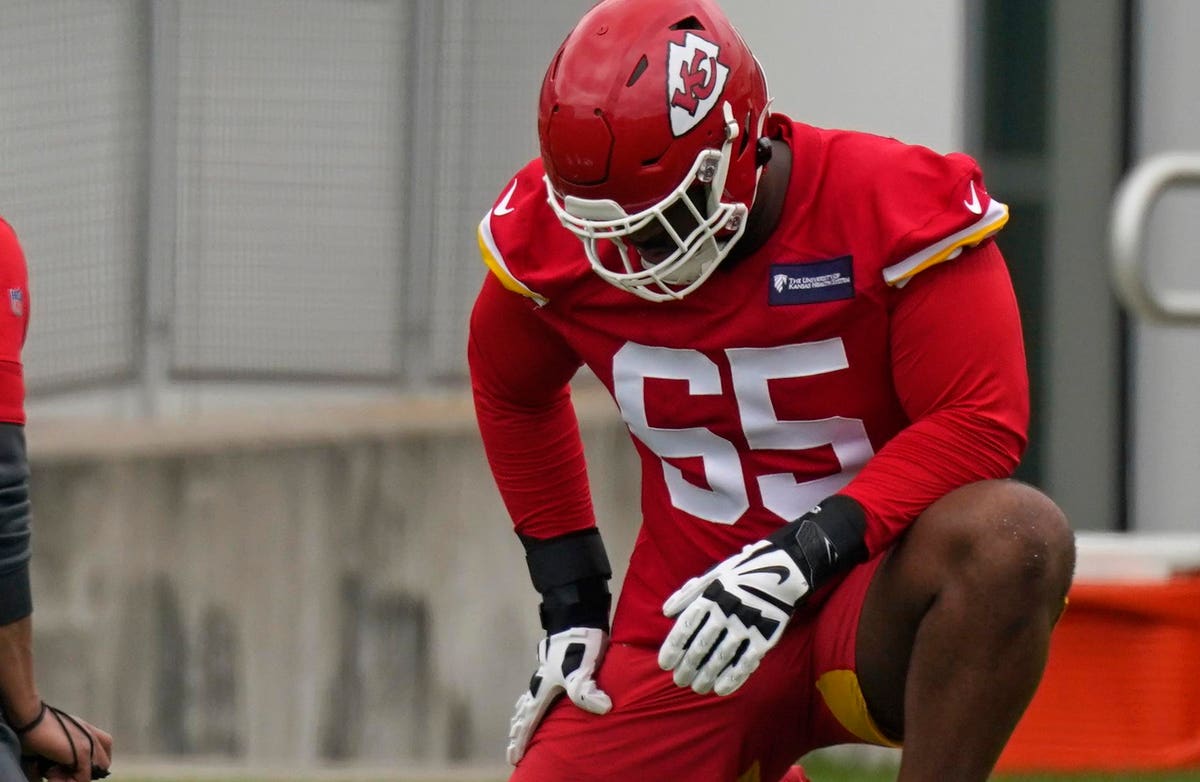 One of the starters currently blocking for Patrick Mahomes, the league’s only $450 million man, is making just more than $790,000 this year.

During the first week of training camp, rookie Trey Smith was starting at right guard over veteran Laurent Duvernay-Tardif.

The sixth-round pick and the final pick of the Chiefs’ 2021 NFL Draft, Smith is so affordable because rookie contracts are slotted according to draft position.

Despite the Chiefs’ minimal investment, head coach Andy Reid said the consistency of the lineman drafted 226th overall led to him playing on the first-string team.

“He showed enough to legitimately be in that position for right now,” Reid said. “He’s done a nice job.”

It, however, is very early. The Chiefs haven’t even practiced in full pads — let alone played a preseason game. So a lot could change, and the 22-year-old Smith knows he must continue to get better to maintain his grip on the starting right guard position.

“There’s so much I have to work on (in) my game. I’m not even close,” Smith said. “I’m always chasing perfection.”

Smith prevented a pass rusher from chasing down the quarterback when he deftly picked up linebacker Willie Gay’s blitz during Saturday’s practice.

And the bargain-priced Smith has impressed Joe Thuney, the Chiefs’ most highly-compensated offensive lineman who signed a five-year, $80 million deal this offseason.

So how did such a talented player fall to the Chiefs so late in the draft?

Some likely deemed the 6-6, 335-pound Smith a risk because he missed time during both his freshmen and sophomore campaigns at Tennessee due to blood clots in his lungs.

Smith, however, went on to start 22 games the next two seasons, and the Chiefs doctors cleared him.

“They did a lot of research, a lot of work, did all the due diligence and searching out everything from his medical history standpoint,” Chiefs director of pro personnel Tim Terry said after the NFL Draft. “We feel really comfortable and confident that we’re getting a good young man.”

Smith earned good reviews during both rookie camp and minicamp.

Since then, he cleared out his apartment in Knoxville, Tenn., spent time with family, worked out in Dallas and received some pointers from former Chiefs right tackle Mitchell Schwartz.

After Schwartz, a longtime stalwart, suffered a back injury last year, the Chiefs chose to move on from him while overhauling a unit that must do a better job protecting Mahomes.

Smith is one of eight new offensive line additions vying for a starting role.

It’s an opportunity with the Chiefs that the rookie sixth-round pick doesn’t take lightly.

“I’m really blessed they decided to use a pick on me,” Smith said. “I’m playing with guys I looked up to as a kid like Travis Kelce, Tyreek Hill.”