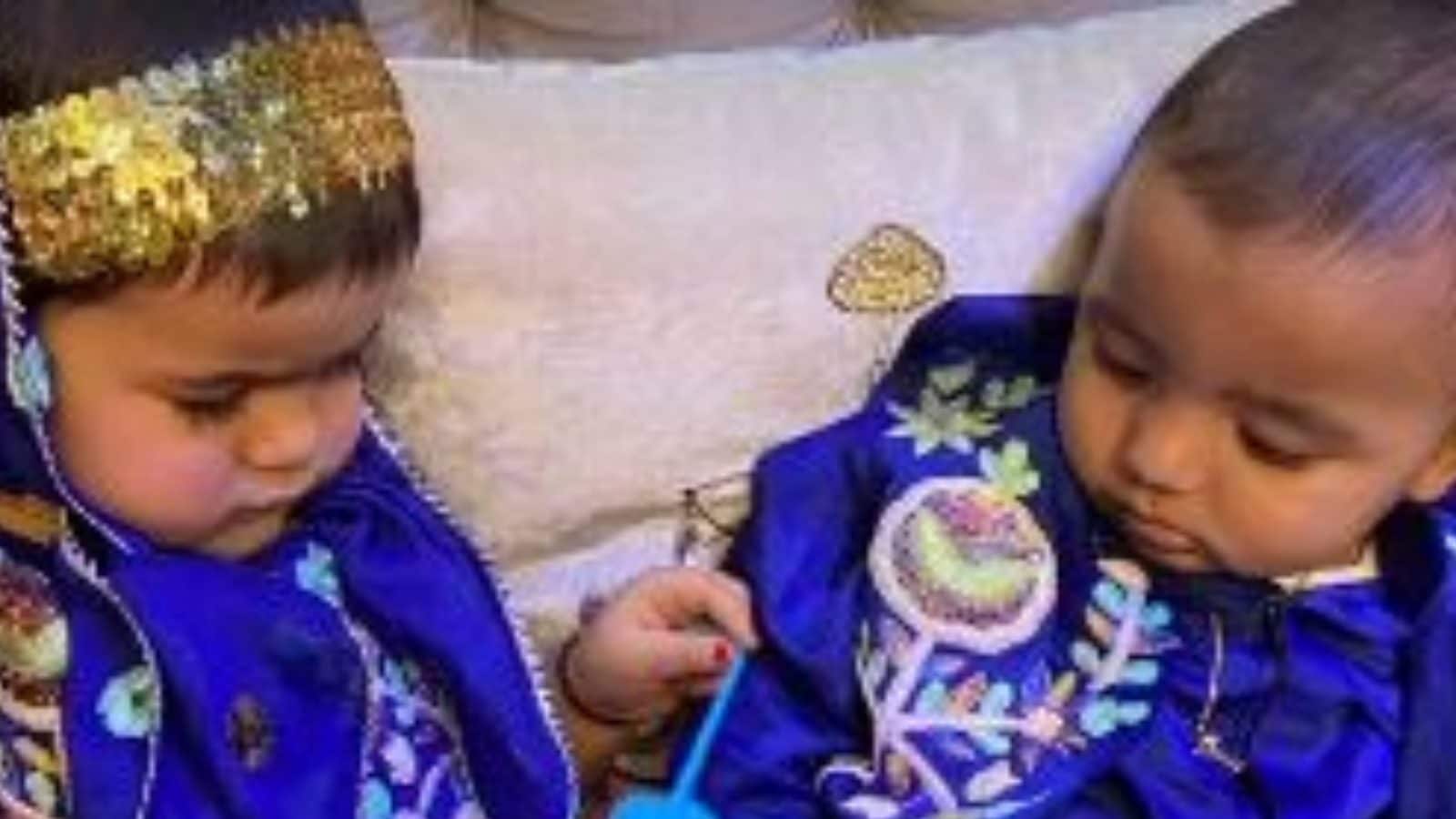 Kapil Sharma had the best Rakshabandhan among all of us. The comedian, who is the father to two adorable kids, got to experience their first Rakshabandhan in their own warm and homely way. Taking to his Instagram Stories, Kapil shared a super cute picture collage of both his kids – Anayra and Trishaan – dressed in ethnic clothes. In one of the pictures, Anayra, sitting on a couch, can be seen tying a blue rakhi on Trishaan, while in another picture, they can be seen posing with all their hearts to the camera. The children look cute as buttons in the picture. Sharing the collage, Kapil added the words – “Happy Rakshabandhan,” and dropped heart and heart-eyed emoticons. Aww.

Kapil, who got married to Ginni Chatrath in 2018, had their first child Anayra in December 2019. The couple welcomed Trishaan in February, this year.

The comedian shared the first-ever pictures of his kids together on his Instagram profile, on father’s day. In the picture, Kapil, Trishaan and Anayra dressed in white, can be seen cutting a cake. With a decorated flower bouquet and smiles, the picture is dipped in love. “Public ki puranzor maang par Anayra aur Trishaan paheli baar ek saath (Ananyra and Trishaan together for the first time, on public demand).” he captioned the picture.

Meanwhile, Kapil’s show is back on air. The show hosted the team of Bhuj: The Pride Of India on their first episode. For the second episode, the cast of Bell Bottom – Akshay Kumar, Vaani Kapoor and Huma Qureshi – were invited as guests. The episode was a fun-loaded one, which started with Akshay arriving early to the sets which sent the crew in a jittery – they got to cleaning and doing the carpentry. The actresses also revealed in the show that Akshay would make them wake up at 5 in the morning for cycling. Given Akshay’s charisma and Kapil’s comedy, the episode was a roller coaster of laughter and smiles. The show airs on weekends at 9.30 pm.