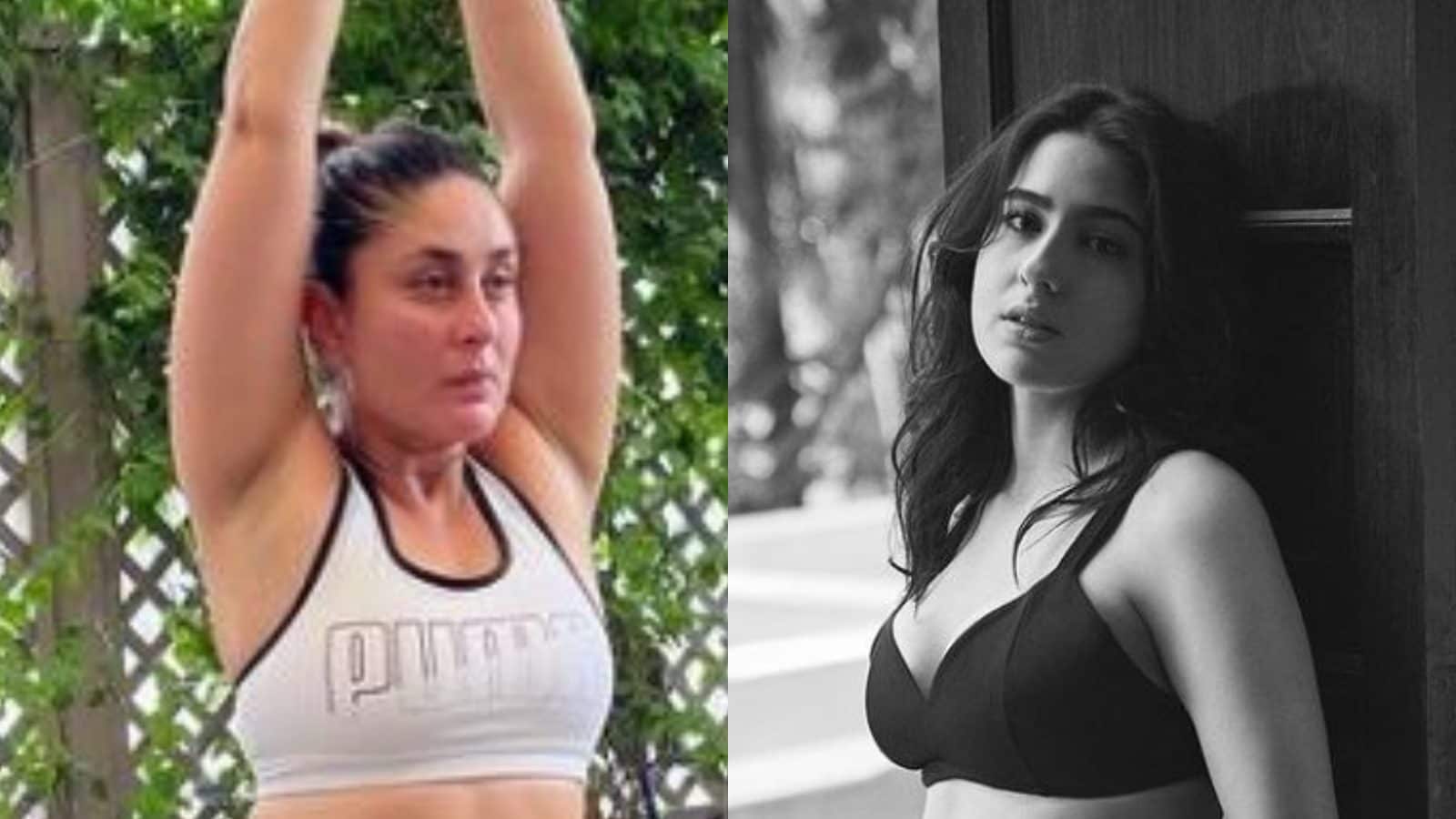 Actress Kareena Kapoor Khan, who recently gave birth to her second child, is deep into her post-partum fitness journey. The actress often documents her virtual workout sessions with her trainers. Recently, she had shared videos of her high intensity training. Now, the 3 Idiots actress has shared a glimpse of her Yoga class. Taking to Instagram stories, Bebo shared pictures of herself acing difficult Asanas.

Kareena could be seen wearing black camo Yoga pants and a white sports bra. She could be seen acing the Vrikshasana (tree pose) and Natarajasana (dancer’s post) in the pictures. She wrote, “Hustle” and tagged her Yoga trainer.

Bollywood actress Sara Ali Khan on Wednesday evening took to Instagram to share monochrome pictures of herself. She is dressed in a black bra and thigh-high slit ruffled long skirt in the pictures.

Actress Priyanka Chopra is currently in London, where she has been shooting back-to-back projects. The actress often shares glimpses from the city, proving that she has truly made it her home.

Now, Priyanka has jumped into the bandwagon for the viral ‘photo dump’ trend. PC recently took to Instagram to share a series of random pictures from her summer in London.

Read: Priyanka Chopra Looks Stunning as She Roams the Streets of London With Her BFFs

Farhan Akhtar and Shibani Dandekar are one of the most loved couples in Bollywood. They often feature in each other’s Instagram posts and share pictures from their picturesque getaways. Farhan and Shibani have been together for three years now and in a recent interview the actress opened up on her wedding plans.

Speaking to Bollywood Life, the 40-year-old talked about her recent short movie Love in the Times of Corona which released on Voot Select streaming platform on Tuesday. Dandekar said that the movie was a new experience for her as she had to deliver her performance in a very short amount of time.

Read: Shibani Dandekar Answers If She and Farhan Akhtar Are Planning to Get Married Anytime Soon

Success and failure are a part of a career. There are some who learn from their failures and move on, others are too hard on themselves like director Rakeysh Omprakash Mehra, who revealed that he had a tough time overcoming the failure of his film Delhi-6.

He shared how he once was in a dark place for six months post the release of the film Delhi-6. Bollywood actors Abhishek Bachchan and Sonam Kapoor essayed the lead role in the film, which was released in 2009.

Read: Rakeysh Omprakash Mehra on His Breakdown Post Delhi-6 Failure: ‘I Wanted to Drink Myself to Death’