Lawsuit Against Prince Andrew Is Serious Threat for Royal Family 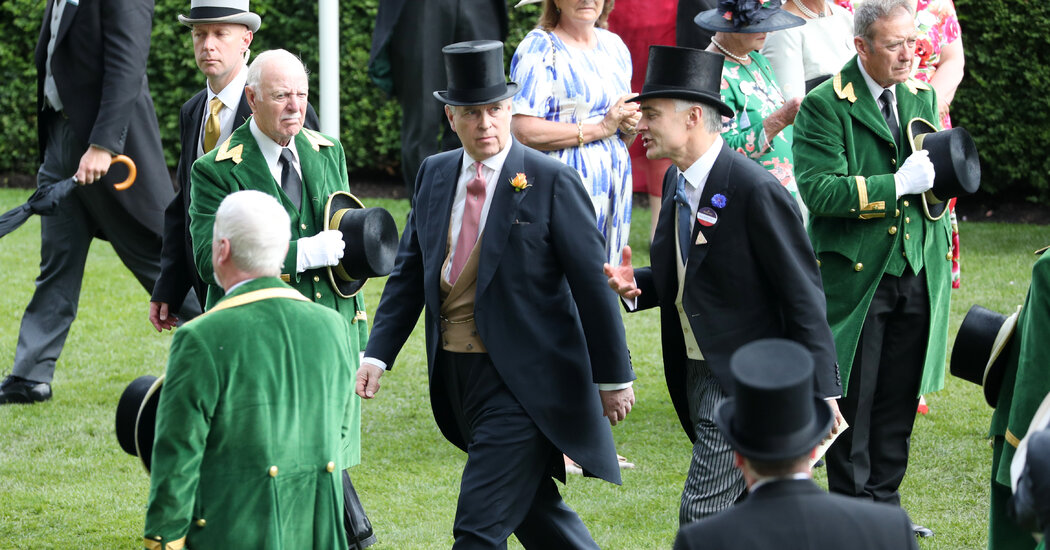 LONDON — Ten months ago, Prince Andrew was said to be thinking about a return to public duties within the royal family, no matter the revelations about his friendship with Jeffrey Epstein or the disastrous television interview he had given about the financier’s sexual assault victims.

But those plans appeared to grow more improbable this week when Virginia Giuffre, one of the most prominent of dozens of women and girls who have accused Mr. Epstein of sexually exploiting them, sued Prince Andrew in New York, saying that he had raped and sexually abused her when she was 17.

The lawsuit raises the prospect of Prince Andrew, the second son of Queen Elizabeth II, being found liable for damages to be determined by federal court in Manhattan.

It also crystallized what analysts described as the most serious threat facing the royal family’s image, even as it grapples with accounts of racism and mistreatment from Prince Harry and his wife, Meghan, the Duchess of Sussex.

Critics of the royal family said that Buckingham Palace’s silence in response to the lawsuit against Prince Andrew — it has not commented publicly on the filing — was evidence of its reluctance to expose him to public scrutiny.

“This is about as serious as it’s ever been for them,” said Graham Smith, the chief executive of Republic, a grass-roots organization pushing for the abolition of the monarchy. “And it’s not just Andrew. He is part of an institution that has done everything it can to protect him and, not that long ago, to keep him in his post.”

Mr. Smith noted that it has been a decade since Prince Andrew was forced to give up his role as a British trade envoy, in part over his relationship with Mr. Epstein, and that the prince stepped back from public life in 2019 only after a scandal erupted around his fumbling interview with the BBC. In contrast, Mr. Smith said, Buckingham Palace moved quickly this year to begin an independent inquiry into claims that Ms. Markle had bullied royal staff.

Buckingham Palace referred questions on Tuesday to Prince Andrew’s legal team. A spokeswoman for the prince’s lawyers said on Tuesday that they had no comment.

Ms. Giuffre, 38, had said in earlier legal filings that Mr. Epstein offered her to Prince Andrew for sex multiple times when she was a teenager. She repeated those accusations in the lawsuit and said that the prince had committed acts of sexual assault and battery that caused her severe and lasting harm.

Prince Andrew, 61, has denied Ms. Giuffre’s accusations and said he has “no recollection” of meeting her. Mr. Epstein hanged himself in a federal jail in Manhattan two years ago while awaiting trial on sex-trafficking and conspiracy charges.

American law enforcement officials have vowed to bring criminal charges against anyone who helped Mr. Epstein. Prince Andrew had pledged to aid the investigation into allegations of sex trafficking by Mr. Epstein and his associates. But in March 2020, Geoffrey S. Berman, then the top federal prosecutor in Manhattan, said that Prince Andrew had “completely shut the door on voluntary cooperation.”

At the time, Prince Andrew’s lawyers responded by saying that he had offered his assistance “on at least three occasions.”

On Tuesday, an American diplomat who is closely monitoring Prince Andrew’s case described it as an awkward situation for American and British officials, but one that did not have much impact, if any, on diplomacy or other coordination between the two governments.

Ms. Giuffre’s lawsuit accuses the prince of committing sex abuse in New York City, and of raping her at the London home of Ghislaine Maxwell, a British socialite and friend of Prince Andrew’s who has been accused of recruiting girls and women for Mr. Epstein to abuse.

Ms. Maxwell is scheduled to face trial in federal court in Manhattan starting in November.

Any testimony mentioning Prince Andrew in that trial could put additional pressure on the royal family to respond more forcefully to the demands for his cooperation in American investigations, said Nigel Cawthorne, the author of “Prince Andrew: Epstein, Maxwell and the Palace.”

And it could fuel additional questions about how the queen and Prince Charles, the heir to the throne, have handled the matter.

“I can’t believe he can come back from this,” Mr. Cawthorne said of Prince Andrew. “It can’t be very nice for the queen in her remaining years to see her favored son being pilloried in this way.”

British news reports have said that Prince Andrew has been living at Royal Lodge, his large home on the queen’s estate at Windsor. His retreat from public life lost him his private office at Buckingham Palace, but he has kept his honorary military appointments.

Mr. Smith, of Republic, said that the case raised fundamental questions about the royal family’s intermingling of public and private responsibilities.

“You’d imagine the queen would still have some loyalty to him,” Mr. Smith said. “But as head of state, there is a higher loyalty, to make sure the highest standards of behavior are upheld and justice is seen to be done.”

He added, “I think this is looking pretty shabby for them.”