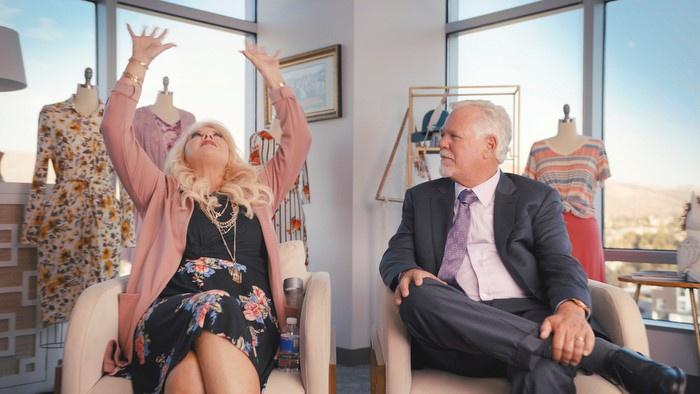 Documenting the rise and fall of the multi-level marketing (MLM) firm LuLaRoe wasn’t easy for documentary filmmakers Jenner Furst and Julia Willoughby Nason because the story is bizarre.

Still, their Amazon Prime film LuLaRich Amazon Prime Video series, which dropped Friday, rises to the occasion. It also may lay the groundwork for a scripted movie or TV series, according to Furst.

“We’re gonna be ready to do some press on that shortly,” said Furst in an interview, who declined to elaborate.

LuLaRoe was founded in 2012 by DeAnne Stidham, whom LuLaRoe said was a single mother of 7 children. The company was named after her three oldest grandchildren Lucy, Lola, and Munroe. Stidham’s second husband, Mark, is LuLaRoe’s chief executive officer.

Many members of their combined families work for the company.  An exception is her twin sister Dianne Ingram who reportedly became estranged from DeAnne over a dispute over the company that became LuLaRoe. Dianne operated her own MLM called Honey & Lace, which sold leggings and other fashions.  The company changed its name to Piphany in 2019.

LuLaRoe accused Piphany and several former LuLaRoe representatives of poaching LuLaRoe sales and filed suit. LuLaRoe said in February 2019 that the two companies had settled their dispute through mediation.  Epiphany now operates as Savvi.  It isn’t clear what, if any, role Ingram has in the company.

“We find ourselves making these documentary events that are stranger than fiction,” said Furst, who, along with Willoughby Mason, made Fyre Fraud, about the notorious music festival, in an interview. “And sometimes you can’t make this stuff up. It’s real, but it’s, it’s bizarre.”

As LuLaRich points out, the company took the Internet by storm with colorful leggings that fans described as “buttery soft.”  Its message of empowerment attracted millennial women, mainly stay-at-home moms, with promises of earning full-time wages working part-time hours. By 2016, LuLaRoe was generating revenue of $1 billion through its network of 35,000 independent sales representatives. LuLaRoe had 100,000 fashion consultants generating annual sales of $2.32 billion in 2017.

MLMs like LuLaRoe, Mary Kay Cosmetics, Pampered Chef, and Amway rely on networks of independent sales representatives who make money by selling products and attracting new members to their networks.  Critics have long complained that most MLM participants don’t make much money. As I noted for CBS MoneyWatch in 2017, LuLaRoe’s representatives earned an average yearly commission of $85.

Joining LuLaRoe wasn’t cheap. The company required new members to buy “onboarding packages” containing an assortment of its fashions costing $4,925 to $9,000. It also recommended that salespeople keep about $20,000 in inventory and encouraged its representatives — who weren’t employees — to invest in their businesses continually.

As the movie points out, LuLaRoe recommended that cash-strapped consultants sell their breast milk and max out their credit cards to make ends meet.  Unfortunately, the quality of LuLaRoe’s leggings plummeted and sales became harder to get as the ranks of sales representatives mushroomed. Many consultants went broke and sold the merchandise at steep discounts. Some went bankrupt.

“They feel like they got gaslight,” Nason said in an interview. “I think that anybody could potentially fall, for a get-rich-quick scenario, whether it is just to have a friend to talk to that sells clothes and you become a seller because of it because you want to make money.”

LuLaRich shows how LuLaRoe fostered a cult-like atmosphere by encouraging overweight sales representatives to get gastric bypass surgery in Mexico.  The Stidhams ostracized sales consultants who spoke out about their mistreatment.  Meanwhile, LuLaRoe’s legal woes multiplied.

MyDyer, the company’s leading supplier, sued LuLaRoe in 2018 over $49 million in unpaid invoices. The suit alleges that the Stidhams hid money and assets through shell companies and that Mark Stidham threatened to flee with his wife to the Bahamas.  According to media reports, the Stidhams deny MyDyer’s allegations and have filed a $1 billion countersuit against the company.

Earlier this year, LuLaRoe settled a lawsuit with Washington State accusing it of running a pyramid scheme for $4.75 million.  The company also faces lawsuits from customers over selling defective merchandise and collecting sales tax in states that didn’t levy it on clothing sales.

“We’re interested to see what happens because the ball is no longer in our court,” Furst said, adding that he wasn’t aware of any criminal investigations into LuLaRoe. “ We’ve put the ball in the viewer’s court. Attorneys generals in the country can follow suit. They have a whole roadmap presented by the state of Washington.”