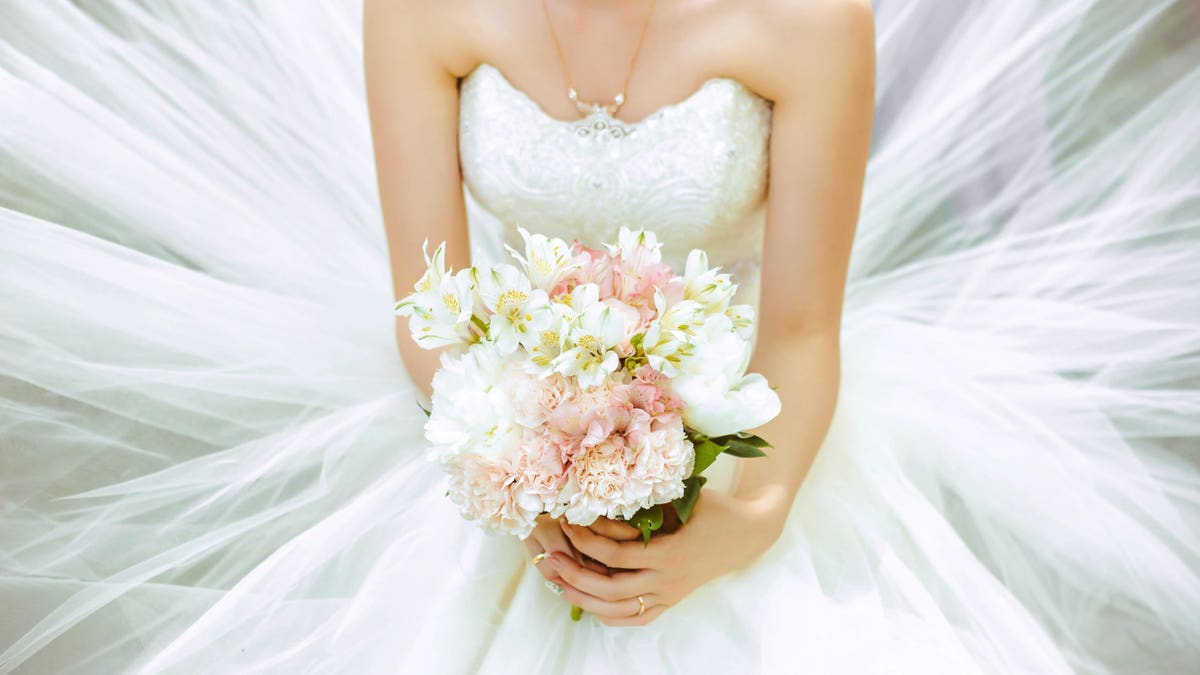 Selfridges might be the London luxury department store of choice for well-heeled brides-to-be, or that special place to buy the rings, the dress or the groom’s suit. But now prospective couples can also tie the knot at Selfridges after the retailer obtained a wedding licence.

And Selfridges is determined to put a whole new spin on walking down the aisle, as it aims to help kick start its own recovery and help ease the growing waiting list for prospective couples aiming to get hitched.

From yesterday, the Oxford Street store is offering three packages, starting from $9,200, for couples who have had to put their plans on hold during the pandemic.

Lockdowns and strict restrictions on capacities at weddings in the U.K. over the past year have seen ceremonies cancelled or postponed for an estimated 150,000 couples hoping to walk down the aisle. Many venues – deserted during the pandemic – are now facing an impossible backlog of bookings stretching ahead for several years.

As a result, the U.K. Government is allowing more non-traditional venues to apply for licences in a bid to ease the strain on established wedding venues.

Selfridges Weddings, From Micro To Extraordinary

Selfridges said that the Grade II-listed store on Oxford Street in London’s West End will offer what it describes as a “non-traditional ceremony in an iconic location”. The store is a “social space” and the retailer said that it is keen to offer new ways to “celebrate the special experiences everyone has been missing.”

The temporary licence permits Selfridges to host so-called “micro weddings” of up to 20 guests. Ceremonies are being held in a suite on the fourth floor, with the service also available for civil partnerships.

Selfridges is providing three different packages, the most intimate starting with “Just-the-Two-Of-Us”, with only six guests. Couples can take advantage of fashion advice from the retailer’s stylists and have their hair and makeup done in store ahead of the ceremony. Film screenings at Selfridges’ private cinema, gourmet dining or a four-hour DJ set are all available as additional options.

For couples worried about environmental impact, the store is offering the “earth-lovers” package, where they can slect from vintage clothing or rent an outfit, toast the day with organic champagne and wine, and up to 20 conservation minded guests will sit down to a “locally sourced” wedding dinner at the end.

At the top-end, the All-Out Extraordinary includes a ceremony officiated by drag icon Jonny Woo and ends with a meal in the private dining room at the Brasserie of Light.

All of the ceremonies will take place in a new wedding suite on the fourth floor of the store and Selfridges’ head of events Rebecca Warburton said the service would be for “those looking for a truly unique way to get married this summer.”

Amid tough trading conditions, Selfridges shed 450 jobs in July last year, the equivalent of 14% of its workforce, after the “toughest year” in the recent history of the 115-year-old business, owned by the billionaire Weston family since 2003.

In January of this year, Selfridges reported a 10% drop in operating profit to $124.4 million for the year ending 2 February 2020, just before the pandemic effectively closed most stores for much of last year. Sales during the period increased 7% to $2.78 billion.

The results reflected “a challenging retail backdrop and a significant investment across the business” that included the launch of a 22,000 sq ft toy destination in London, an expanded luxury Accessories Hall in Manchester, and investment across all customer digital channels, including digital stock systems.

While Selfridges has not released trading figures for the 2020 fiscal year, managing director Anne Pitcher described the period as “exceptionally difficult” but said the company entered it “in a strong position” thanks to its 2019 financial performance.

Pitcher said in a statement: “We have remained agile and flexible all while delivering the very best experience, destination and products for our customers within the guidelines set by the government. We are pleased with the growth in digital this year and our ability to deliver to over 130 countries has helped offset the lack of international travel.”

Selfridges sits at the western end of Oxford Street and is owned by the Weston family. Billionaire patriarch W. Galen Weston passed away aged 80 in April 2021 and the department store group is chaired by his daughter Alannah Weston.

City body Westminster city council admitted Oxford Street had suffered as “much or more than any other high street in the country”. It is paying for an artificial hill to be built at the end of the famous shopping street in time for summer. It is hoped that the 82-ft high Marble Arch Hill (or Mound), inspired by nearby Hyde Park, will prove a hit with visitors.