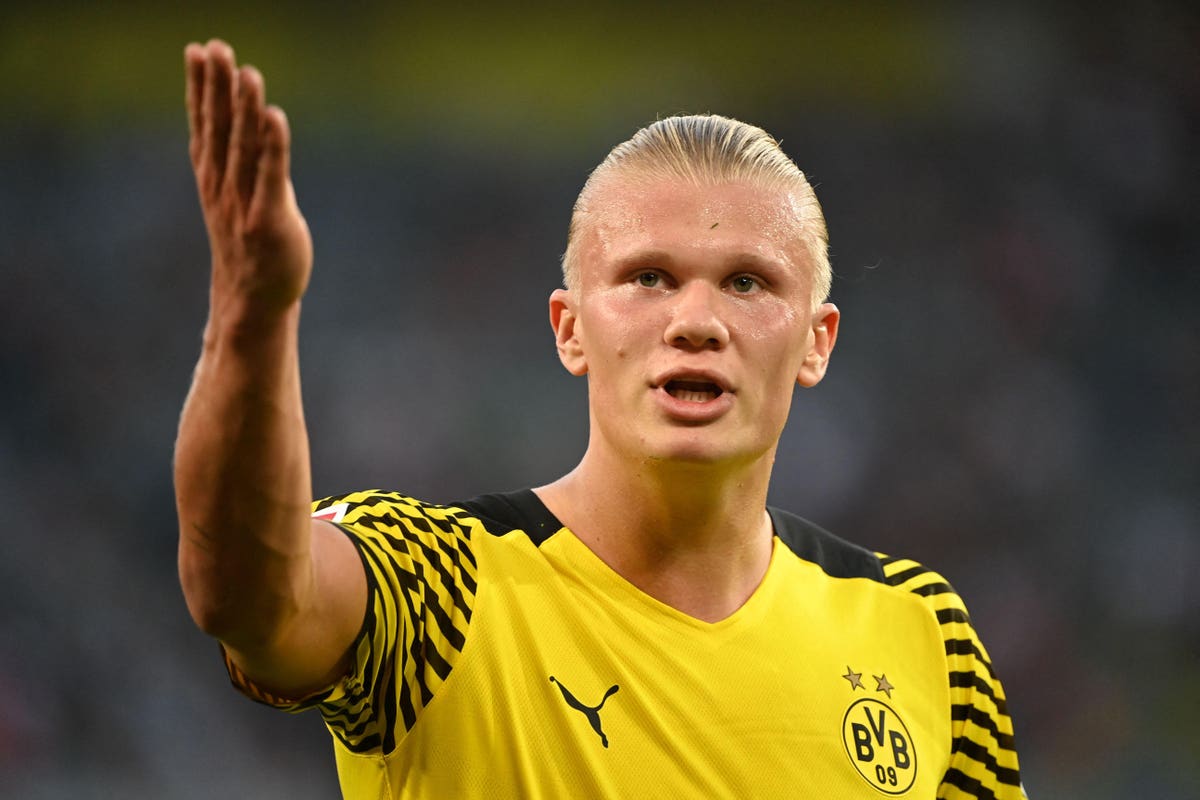 The most famous release clause in football becomes active next summer when Erling Haaland becomes available for the fixed price of £64 million.

The clause was inserted in his contract by his agent Mino Raiola when he moved to Borussia Dortmund from Red Bull Salzburg in December 2019.

The idea was always that it would easily facilitate Haaland’s move to one of Europe’s leading clubs at a relatively cheap price in the summer of 2022.

In the first two and a half years of his contract Haaland has kept his side of the bargain by emerging as one of the world’s leading strikers.

Haaland has scored a barely believable 62 goals in 63 games for the German club, and has already started the new season with 5 goals in his first 4 games.

With his 6ft 4in frame, pace, clinical finishing and unrivalled goals return, Haaland at only 21-years-old has proved himself to be the complete package.

There had been speculation the Norwegian striker could leave this summer if one of the many clubs interested in him offered around £150 million.

Chelsea were the one club who seriously considered tempting Dortmund with an offer around this mark, but in the end it made little sense to pay such an exorbitant fee for a player available for less than half that next year.

And so Haaland is now set to stay in Germany for another year while clubs across Europe plan how they can win his signature next year.

Manchester United have maintained a strong interest in Haaland for the last three years, and tried to sign him in December 2019, before withdrawing from the process because Raiola demanded his contract included the release clause.

The Old Trafford club were not prepared to sign a player who could then be sold two and a half years later without their permission. They saw this as a dangerous precedent, and so reluctantly stepped aside.

But the plan has always been to return for him, ironically when this release clause became active.

The United manager Ole Gunnar Solskjaer had Haaland at Molde in Norway and has made no secret of his desire to work with his compatriot again.

“When you have had kids and players through as a coach, you follow them and I keep in touch with Erling,” Solskjaer said in February this year.

“He’s a Dortmund player, and we just wish him well there and let’s see what life will bring later on.”

“Who wasn’t interested in him a year ago? Everybody would say you would take the best players in the world and Erling is a top player.”

In a year’s time Edinson Cavani will be leaving United, and the club will be in the market for a top quality replacement, and almost certainly bid for Haaland.

There is also increasing confidence that their path to the player could be opening up and beginning to look a lot more favourable.

From their Premier League rivals, Chelsea are now unlikely to make a bid having already spent £97.5 million on Romelu Lukaku this summer, while much will depend on whether Manchester City can sign Harry Kane in this window.

If the England captain does finally arrive at the Etihad stadium it would be unlikely City would go after Haaland as well next year.

Haaland has a strong interest in moving to La Liga, but both Real Madrid and Barcelona do not have the financial strength they once did.

Madrid appear fixated on their long-running project to bring Kylian Mbappe to the Spanish capital, while Barcelona, who had to let Lionel Messi leave this summer, will not be in a position to bid for such high profile players for the immediate future.

With Robert Lewandowski turning 34 next year and having made known his desire to find a new challenge, there could be a striking vacancy opening up at Bayern Munich.

But while Bayern are obviously an attractive proposition, it is doubtful Haaland would want to remain in Germany and play out the rest of his career there.

This all leaves United feeling more hopeful about their chances of signing Haaland next summer when they will be looking for a new striker following the departure of Edinson Cavani, who would then be 35.

A lot can quickly change in football, but at the moment, the pieces appear to be falling into place for United securing Haaland.