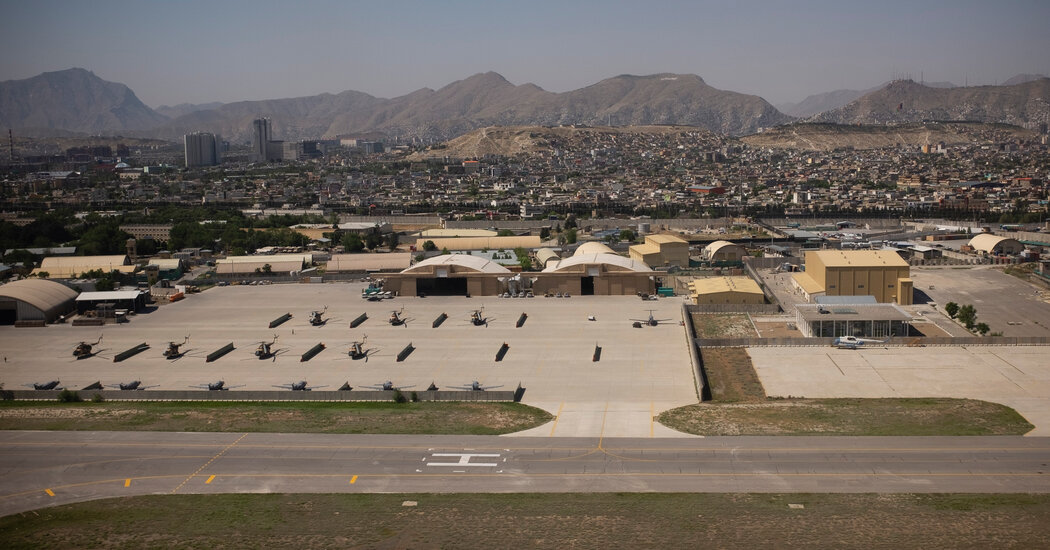 A senior official in the Biden administration said in an interview that the Taliban might soon take Mazar-i-Sharif, the capital of Balkh Province and the country’s economic engine, which is now effectively surrounded by the Taliban. The fall of Mazar-i-Sharif and Kandahar, the official said, could lead to a surrender of the Afghan government by September.

Another senior U.S. official described the mood in the White House as a combination of alarm and resignation — at the rapid pace of the Taliban offensive and the collapse of Afghan national forces, and over how the situation could continue to worsen. There has been a constant stream of video teleconference calls every day this week, the official said.

The Pentagon press secretary, John F. Kirby, said that two Marine infantry battalions and one Army battalion, some 3,000 troops altogether, will deploy in the next two days to Hamid Karzai International Airport to help evacuate Americans and embassy personnel. The troops are coming from areas in the Middle East, the Central Command area of responsibility, Mr. Kirby said.

An additional 1,000 Army personnel will be heading to Qatar, the Pentagon said, to help process the visa applications of Afghan who worked with American military during the war and who could be targeted by surging Taliban forces.

And as a contingency plan in case any embassy evacuation turns into a fight with the Taliban, the Pentagon is moving an entire infantry brigade combat team — some 3,500 troops — from Fort Bragg to Kuwait in the next week, so that they can quickly deploy if necessary. If those troops end up in Afghanistan, that would bring the number of American troops there to around 7,000, more than double the number in the country when Mr. Biden announced in April that he would withdraw American troops and end America’s longest war.