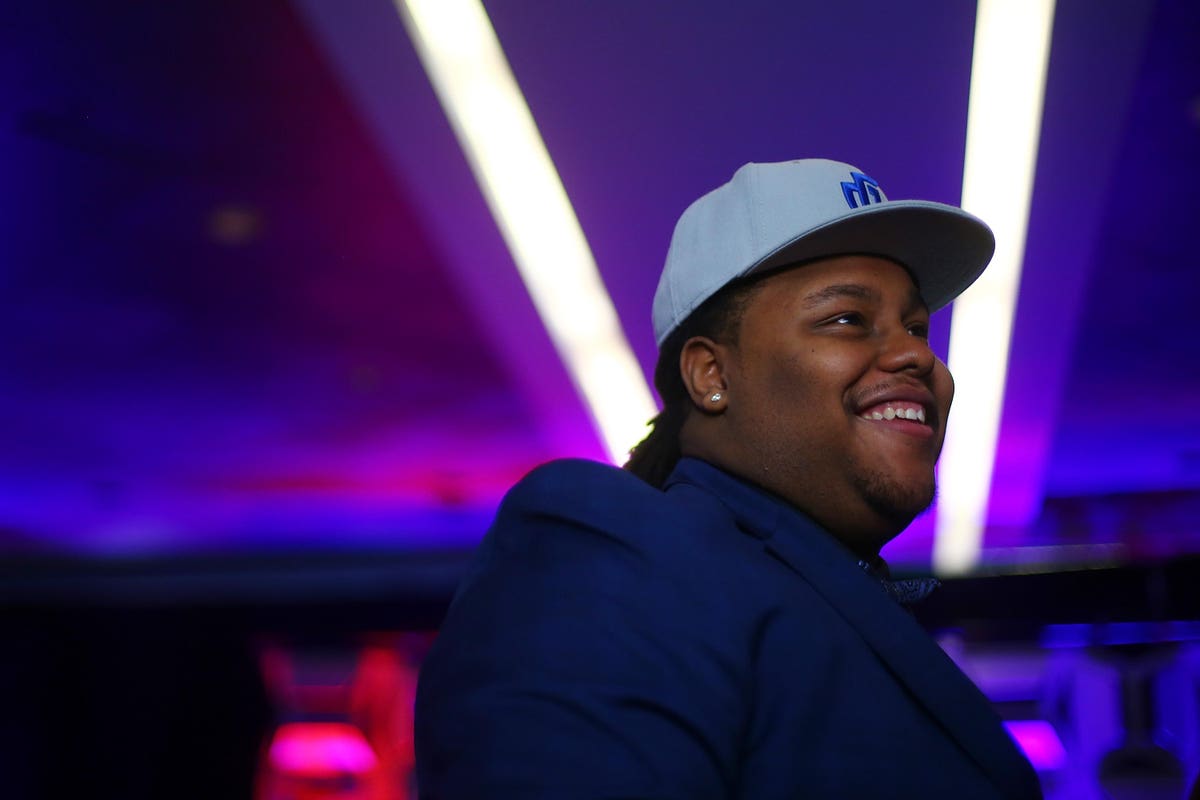 Mavs Gaming is looking to leave it leave its mark when the fourth season of the NBA 2K League tips off. After short-lived playoff berths the previous two years, the team is looking to get back to the postseason.

It won’t be easy, though, after upturning the roster and building an almost entirely new team. Five new faces joined the team, including two players who received top honors in the league last year. With their new additions, Mavs Gaming has championship aspirations.

“We kind of rebuilt the team,” says Mavs Gaming Head Coach LT Fairley. “We kept our point guard, ‘Dimez,’ brought in an All-NBA First Team player in Gerry, ‘Sick,’ brought in an All-Rookie player in ‘Zae.’ We’re just trying to find our footing and take a step in the right direction. The last two years, we have made the playoffs, but this year, we’re looking to go a lot farther.”

The only player returning to the team from last season is Artreyo Boyd, who goes by the gamer tag “Dimez.” He’s been with the team since Mavs Gaming selected him with the first overall in the inaugural NBA 2K League Draft in 2018.

Joining him this season are Gerry Knapp aka “Sick One,” the team’s center; Zaeya “Zae” Ishak, power forward; shooting guard Wesley “Gen” McNair; small forward Andrew “Mr. Stylez” Valle and rookie shooting guard Ziah Minor, who goes by the tag “Ziggy Ziah” and is the first woman on the team.

Even with all the new faces, there’s already a sense of familiarity. Knapp, for example, has known Fairley since the two were in the My Player Basketball Association 2k league. Meanwhile, McNair has made fast friends with Boyd. As for Ishak, he actually got his start in the 2K League at the Texas Ticket Tournament at the Mavs Gaming facility in Dallas in 2019, where he won MVP and subsequently a spot in that year’s draft.

“Seeing everybody from when I was first around here, seeing them and actually being officially on the team now, it’s crazy,” Ishak says. “We always have that conversation about how I was really nobody to them, but now I’m part of the Mavs Gaming family.”

The additions of Knapp and Ishak via trades are big gets for the team, but it’s Minor who will likely garner the most headlines. Mavs Gaming drafted her with the No. 52 overall pick in this year’s 2k League draft, making her the third woman to ever play in the league.

Like McNair, who played AAU basketball, Minor also has significant experience playing basketball. She played professionally overseas for a year. While she knows she’s a trailblazer for women in esports, she’s also holding herself to a high standard.

“I know that I have super-duper high expectations for how I perform in this space,” Minor says. “As well as being one of the first women in esports, as far as 2k League goes, I want to be one of the greatest, period.”

This year’s team is an eclectic bunch. Still, bringing in so many new players presents a lot of potential hurdles. Boyd understands that to achieve their goals, the team has to come together and form a close bond. He’s taking it upon himself to lead in that regard.

“The biggest challenge is obviously building chemistry,” Boyd says. “I think chemistry is very underrated when you look at championship teams—it’s not only on the court but off the court as well. … As the leader of the team and as a season-four pro, it’s kind of my job to make sure I build that chemistry with all of my teammates. That’s something I learned throughout the years.”

Building team chemistry could go a long way in helping Mavs Gaming overcome many of the obstacles the team could face during the season. The challenges aren’t limited to the tournaments and competition, though, there’s also the lingering threat of Covid-19.

Last season, the league suspended in-person gameplay because of the pandemic. Players and teams practiced and played remotely—an experience some players described as lonely. This year, there are still safety protocols in place, but they aren’t as isolating as last season.

All teams will begin the year practicing and playing games in their home markets. For Mavs Gaming, this means spending a lot of time at their gaming facility. It’s the hope of the league to eventually return to the live studio experience in New York City with fans in attendance. However, there’s not a definitive timetable as to when that may take place.

Another welcome change this season is that the league is now aligned in two conferences for the first time. Each team will play games against opponents within their conference as well as those from the other. Mavs Gaming is in the Western Conference.

“I think it’s good for the longevity of the league,” Fairley says. “We get to create these organic rivalries that we haven’t had in prior years. Up until this year, the schedule has kind of been random. Us being in the Western Conference, we’re going to play a lot of the same teams a lot. It creates great storylines and things of that nature. I think it’s good for the league, just creating rivalries. Everybody loves great rivalries.”

Mavs Gaming will play 28 regular season games during the 16-week schedule as well as compete in three in-season tournaments for a shot at $1.5 million in prize money. All league games are simulcast live on the NBA 2K League’s Twitch and YouTube channels. Mavs Gaming’s games will also stream on the team’s Twitch channel.

The season gets underway with the Tip Off Tournament with Mavs Gaming playing its first games against Jazz Gaming and Lakers Gaming on May 20. The regular season begins May 26 as Mavs Gaming takes on T-Wolves Gaming. Playoffs begin on August 26 and run through August 28 with the NBA 2K League Finals taking place on September 4.

It’s a long season, but although the road ahead is long, the team speaks with confidence. They believe they have the right players in place to take Mavs Gaming further than the team has ever gone.

“We’re always a slightly above average team when it comes to statistics, analytics,” Boyd says. “So, it’s time to take that next level, take that next step, get to the finals and win the championship.”