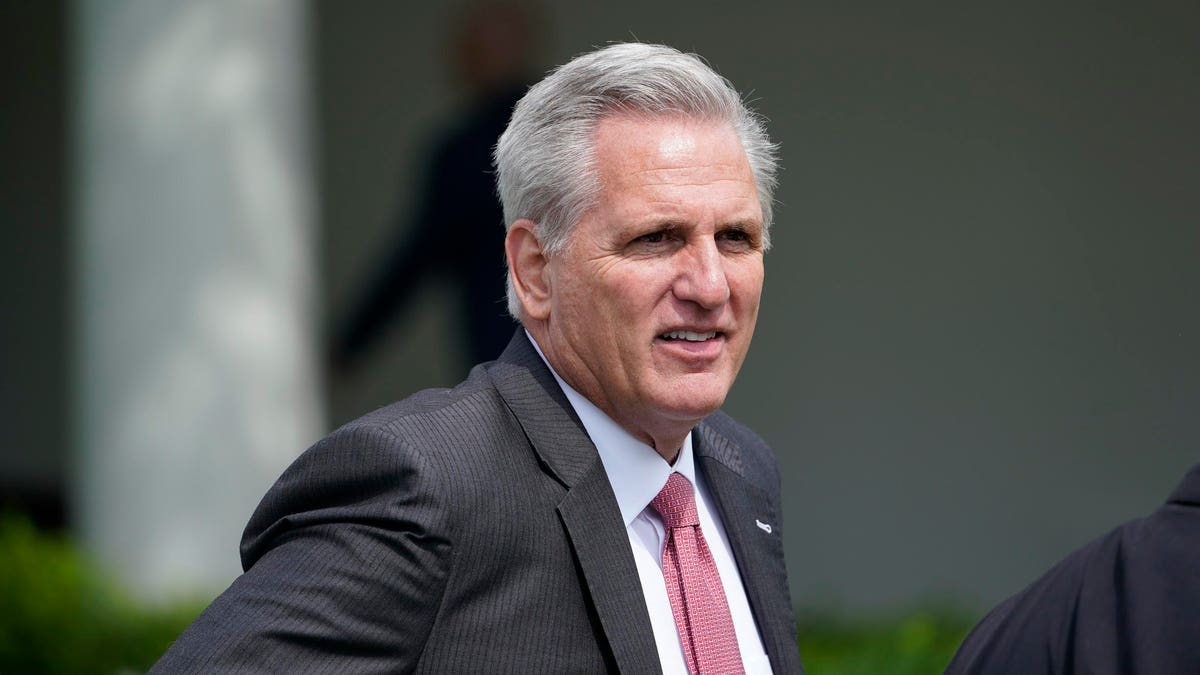 House Minority Leader Kevin McCarthy on Monday left the door open to punitive action against Reps. Liz Cheney (R-Wyo.) and Adam Kinzinger (R-Ill.) for taking seats on a select committee to investigate the Jan. 6 attack on the U.S. Capitol – placing pressure on other Republicans not to help House Speaker Nancy Pelosi fill vacancies on the panel.

Asked by reporters during a White House visit about calls from within the House Republican conference to punish the two lawmakers, McCarthy replied “we’ll see,” according to pool reports.

“Couldn’t tell you,” McCarthy said when asked when the last time he spoke to Cheney and Kinzinger was, blasting them as “Pelosi Republicans” for getting the seats from Pelosi.

Cheney told reporters McCarthy’s comments are “pretty childish,” adding that the committee is “serious business” and has “important work to do.”

While Republicans could strip Cheney and Kinzinger of their committee assignments, it may be a moot issue: Pelosi, as speaker, holds the power to appoint them back to the panels.

“It would speak volumes if he took away their committee assignments to ‘punish them’ for upholding their oath to protecting our democracy,” Kinzinger spokesperson Maura Gillespie told Forbes.

McCarthy has been all over the map since warning a group of freshman Republicans earlier this month that they could lose their other committee assignments if they accept a position on the panel from Pelosi. He insisted at a press conference after Cheney was appointed that he was not making a threat, but added that Cheney accepting the post is “unprecedented.” He said last week that punishment is a decision for the GOP conference – which ousted Cheney as chair in May.

“The rhetoric we have heard from the minority leader is disingenuous… at every opportunity, the minority leader has attempted to prevent the American people from understanding what happened,” Cheney said last week after McCarthy pulled his picks, adding that she believes McCarthy lacks the “commitment to the Constitution and… the rule of law” necessary to be speaker of the House.

4. That’s how many vacancies remain on the panel, with neither Pelosi nor McCarthy giving any signal they’ll budge. Pelosi said in an ABC This Week interview on Sunday that other Republicans besides Kinzinger have “expressed interest” in joining the panel, but didn’t offer any names. Rep. Peter Meijer (R-Mich.) – who, like Cheney and Kinzinger, voted to impeach Trump in January – told Forbes he would be “open to considering anything.”

The committee is set to hold its first hearing on Tuesday, featuring four law enforcement officers who responded to the attack as witnesses. McCarthy plans to hold a press conference at 8:15 a.m., ahead of the hearing, with the five lawmakers he had picked for the committee, according to a source familiar with the planning. The press conference will be primarily aimed at counter-programming against the panel, but may also touch on McCarthy’s vow to launch his own probe of the attack, the source said.