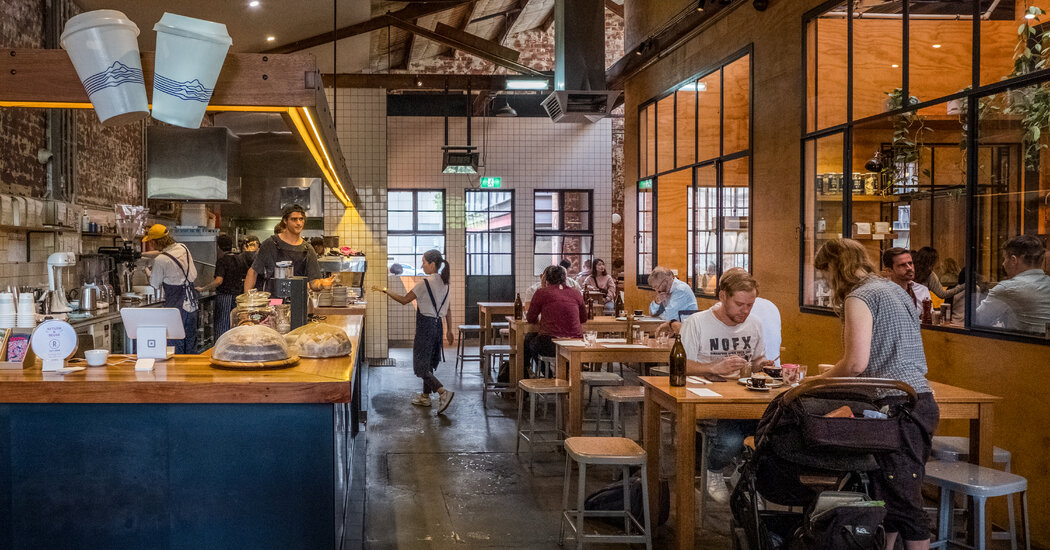 The Australia Letter is a weekly newsletter from our Australia bureau. Sign up to get it by email.

A couple of years ago, when I was planning a trip to the United States, a few friends joked that I had to beware of their terrible coffee.

As someone who’d grown used to the standards set by Melbourne cafes, I remember thinking: It can’t that bad, right? I mean sure, it might be a little substandard, but you can’t mess up a flat white too much.

Then I got there, had a sip of the brewed brown swill they like to drink and realized that it was really that bad.

Australian coffee has become something of a global phenomenon, most recently evidenced by the flat whites our delegation gave out at the COP26 meeting and which reportedly were a resounding success. (Unlike the rest of Australia’s performance at the climate summit).

Over the last decade or two, Aussie-run cafes have popped up around the world. Our coffee is slowly being embraced by Americans. In 2015, Starbucks started selling “Australian style” flat whites, reigniting a fierce debate about whether it originated in Australia or New Zealand.

Our coffee culture, particularly in places like Melbourne, is world-class. The story of how it developed speaks to both our immigrant past and our willingness to go at things our own way instead of following tradition.

According to historians, it started after World War II, when Italian migrants brought with them espresso machines and the European cafe culture.

“The introduction of espresso coffee in the 1950s is nostalgically remembered by many as a key watershed between a drab past and a cosmopolitan present,” Andrew May, a historian at the University of Melbourne, said via email.

But it wasn’t quick to take off, he added. “There was also still a lot of racism toward Italian migrants. So it was a slow burn really, and the next wave of inner-city rejuvenation and gentrification from the early 1980s — a new wave of Bohemian cafes — gave coffee another significant boost.”

Our love for velvety, milky coffee came from the marriage of Italian espresso and the existing British tradition of drinking tea and instant coffee with milk. “We’ve perfected the milk side of coffee because we’re a milk drinking nation,” said Bruno Maiolo, the president of the Australian Specialty Coffee Association.

And how did Australian coffee go to the next level? It’s because baristas and roasters have been willing to push the boundaries, always experimenting and refining, he said. “We’re new and young and hip and always asking questions about every piece of the puzzle.”

This willingness to mix-and-match and experiment is a running theme in Australian food culture, said Emma Felton, a sociologist from the Queensland University of Technology.

“You look at countries like France or any European country and they’re much more hidebound. Their culture is much more rigid, so they don’t have as much experimentation, with their food in particular.”

“We don’t have to conform so much because we’re a nation of immigrants,” she said. “We really pick-and-grab from all over the world.”

At home, Australians don’t think of ourselves as a nation of coffee connoisseurs, she added, but we usually are by default, because of the high standard we are accustomed to.

Do you have anything you took for granted in Australia until you saw how other countries did it? Write to us at [email protected]

Now for our stories of the week: