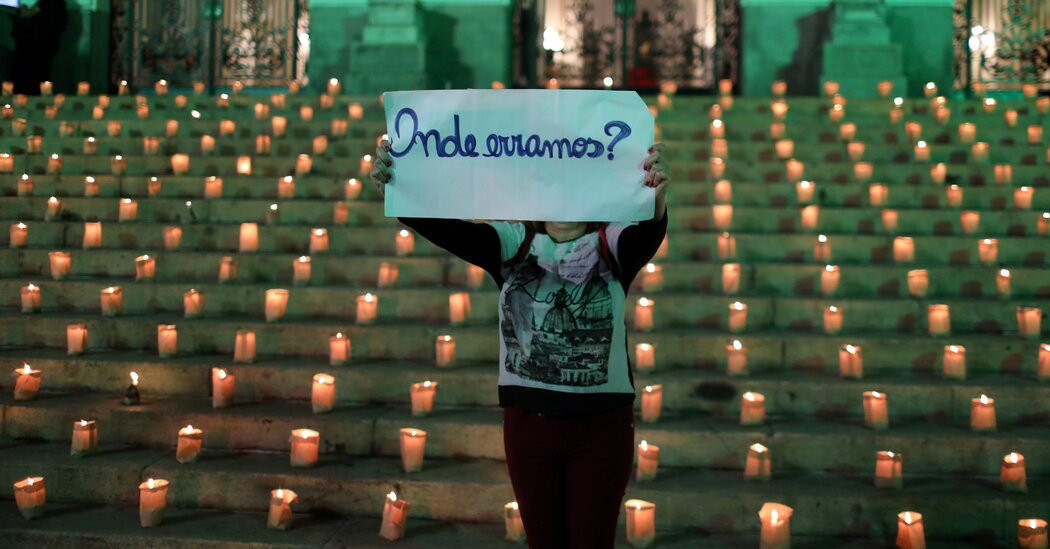 Millions of people in Brazil are missing their second doses of Covid-19 vaccine, further complicating a campaign already marred by supply shortages and allegations of graft.

Some 4.1 million Brazilians had not returned for their second shot as of June 1, according to data compiled by researchers who are following the vaccine rollout. This represents nearly 16 percent of those eligible for a second dose.

The reasons for people missing their second dose are varied, but experts warn that a large number of people with only partial protection could set back Brazil’s already troubled vaccination effort. The coronavirus has killed more than 500,000 people in Brazil, the second-highest known toll in the world after the United States, and daily cases are hitting new peaks. About a third of the population has received at least one dose, and less than 12 percent are fully immunized.

“Many of these people will likely have to be vaccinated again” with the first dose, said Dr. Ligia Bahia, a public health specialist at the Federal University of Rio de Janeiro and one of the researchers leading the study of vaccinations. “And cases will not fall in the meantime.”

One reason that so many people have missed their second shot is Brazil’s chaotic vaccination rollout, Dr. Bahia said. Many local and state authorities opened up immunizations too quickly to groups that were not at high risk for infection, when not enough doses were available, she said.

“The euphoria of the vaccination is not in line with the reality of the supply,” she said. “They wanted to speed up, to say, ‘We’re vaccinating!’ But some people were left behind.”

Brazil has manufactured much of its vaccine supply domestically, using materials shipped from China to churn out the CoronaVac vaccine developed by the Chinese company Sinovac Biotech. In March, Brazil’s health ministry released supplies that it had initially planned to reserve as second doses for priority groups, such as health workers, older people and those with pre-existing illnesses.

Soon after that, delays in shipments from China badly curbed supplies, just as more people in Brazil were due to receive their second doses.

“Some people didn’t get their second dose because they searched and searched — and eventually gave up on being vaccinated,” said Dr. Alberto Chebabo, vice president of the Brazilian Society of Infectious Diseases. “That’s a lost opportunity.”

Others in Brazil are misinformed, he added, believing they are protected after one shot. Health experts warn that a single dose is not enough, especially in Brazil. The country has mostly relied on the vaccine from Sinovac, which may not be as effective as others in preventing serious cases of Covid-19. A study in Chile showed that Sinovac was only 36 percent effective in preventing hospitalizations after one shot. Hundreds of doctors in Indonesia who received two Sinovac doses became ill with Covid-19 anyway, and at least 20 died.

Brazil’s inoculation troubles have been mounting. Cities across the country are halting vaccinations as supplies dry up. Federal prosecutors also launched an investigation last week into a government deal to buy 20 million doses of Covaxin, a vaccine produced in India, at inflated prices.

Lawmakers are investigating President Jair Bolsonaro’s handling of the pandemic, including his decision to ignore multiple early offers to buy vaccines from drugmakers like Pfizer, as he played down the danger posed by the virus and promoted “miracle cures” now proven to be ineffective.