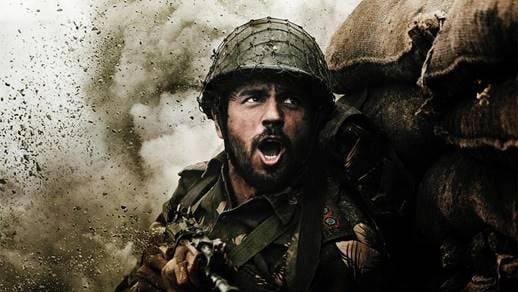 In an interview, the actor shares his five-year-long journey with the story of the soldier who is considered as the face of India-Pakistan Kargil war that took place in 1999. An excerpt from the interview:

Where did your journey with Shershaah begin?

It all started when Vishal Batra (late Captain Vikram Batra’s twin brother) approached me five years ago with Sabbir Boxwalla (producer). He told me ‘I’d like you to play Vikram Batra’. However, the script was not the way I’d want it. It is a huge responsibility to tell someone’s life story in a short span of a feature film. So, we worked on the script for a year and half, tried to cut it down and make it more precise. I then took the film to Dharma Productions, with Vishal’s permission. It took a lot of time, the project changed many hands and I am the only constant.

What were the changes that were made in the initial script?

Initially, the script was too long. After Dharma Productions came on board and writer Sandeep Srivatsava started reworking on the script, we narrowed down to one approach for an entry into Vikram Batra’s story. Earlier, we had many options as to how to enter his story, whether it should be linear or non-linear. We had a couple of versions. Eventually, we got to what we have now.

Has this been the longest time you have spent on a project?

Yes, it is. Five years. It is the longest time I spent on one film. But it helped me getting to know Vikram Batra better, through his family and friends. There is also a sense of attachment.

Captain Vikram Batra is known for his unrealistically heroic characteristics – he took war opponents in hand-to-hand combats during the 1999 war. He was also influenced by Hindi films when it came to romance. Does the film draw a line at what may be seen as unbelievable?

There are two aspects to this. First of all, Captain Vikram Batra himself was a filmy and warm-hearted personality. So all the dialogues that you hear will possibly sound very Hindi film-like, but that is how he was. Whether the lines he said on the battlefield or with friends and his lover (Dimple Cheema, essayed by Kiara Advani). All the lines are real.

Let me assure you, most of the lines that you hear (in the film) are what he actually said. We consciously avoided any sense of commercialism. There was already so much of love and patriotism in this person’s life story that my attempt an actor was to simply render it all as naturally as possible. So that you do not get away from the realism of the film. For instance, the dialogue ‘Ya Tiranga lehra kar aunga Ya to Tirange me lipat kar aunga (I will either hoist the Indian flag up high, or I will come back wrapped in it).’ That could have been rendered in ten different ways but I consciously took that route so that it gives a part-documentary angle to the film.

Does Shershaah glorify war? Does it bash Pakistan, the way many Hindi war films do when talking about India-Pakistan equations?

Our attempt is to dive into Captain Vikram Batra’s head space and his personal life. The story is of this Punjabi guy and his journey from Chandigarh to Kargil and then leading India to the Kargil war victory. All other interactions with the enemy are simply documented in the film. We did not get into who the enemy is, what the enemy did or why the war happened. I thought it was digressing from the subject of our film – Captain Vikram Batra’s story.

That being said, you cannot sugarcoat war. There are elements from the war, the parts that were documented. We had to show these, but we consciously decided to not avoid even a single scene which does not have Vikram Batra. People are aware of what happened so there is no Pakistan bashing. The only time you see interaction with the enemy are the ones that are either documented, or narrated by Captain Batra in his iconic interview during the Kargil war.

Tell us abut the experience of shooting the portions of war for Shershaah.

How was it shooting at the tough locations in Kargil and Leh?

We were first film to shoot in Kargil, as Kargil. It is a tough terrain. The wind speed keeps changing. The mountains in this region are all made of rocks and dust, no grass or trees to take shade under. That makes things more difficult to perform action. People would be out of breath and there was the threat of slipping into sharp rock or into a cliff. All that threat made me realize the kind of courage it takes for our soldiers. We were just acting, it is nothing compared to what our soldiers go through while serving the nation at this height and on such a terrain. They do not have the option of a retake. My regard for the Indian Army went much higher.

Your thoughts on playing a double role?

It not really a double role film, not completely, but there is also a kind of preparation that went into playing both brothers. I play them at different ages and had to give them different aspects.