Movies of the Actor with Salman Khan and Sohail Khan 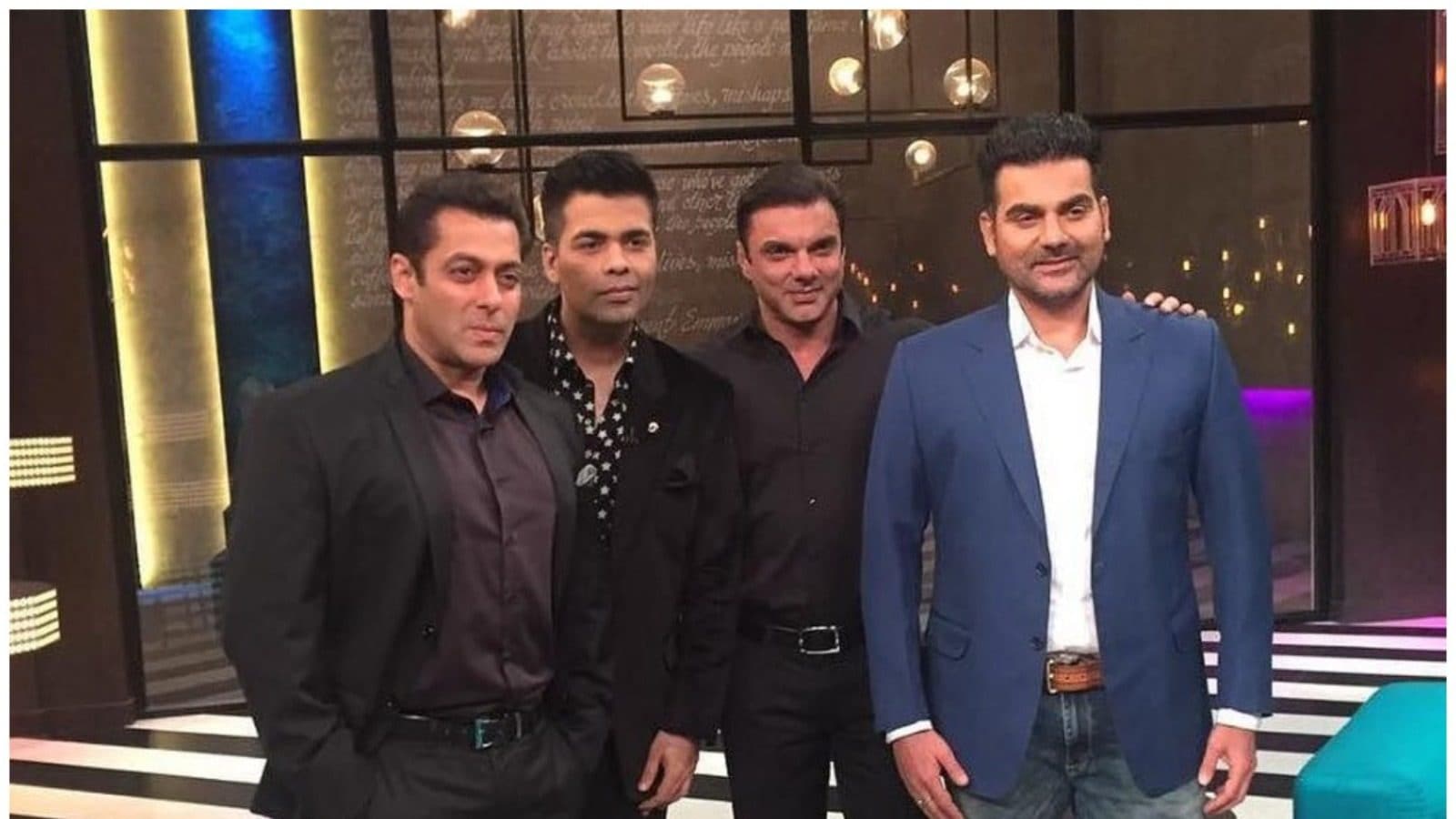 Born on August 4, 1967, to legendary scriptwriter Salim Khan, Arbaaz Khan grew up around the inner circle of Bollywood. His life revolved around films, so when he decided to be a part of the industry, it hardly surprised anyone. Arbaaz followed his elder brother Salman Khan’s footsteps to become an actor with the release of his debut film Daraar in 1996. He essayed the character of psychotic wife-beater and went on to win the Filmfare Best Villain Award for his performance.

Later, his younger brother Sohail also entered films as a director before going on to make an acting debut with the 2002 release Maine Dil Tujhko Diya. In his career, Arbaaz has often teamed up with his brothers to work on several successful projects. As the actor celebrates his 54th birthday today, we look at some of his movies with siblings Salman and Sohail.

The first time when the three Khan brothers got together for a film was in Pyaar Kiya Toh Darna Kya (1998). While Sohail donned the director’s hat, Arbaaz and Salman were seen on-screen together for the first time. The film revolved around Salman’s love story with Kajol and his efforts to convince her brother (Arbaaz) to allow their marriage.

The Khan trio returned with Hello Brother in 1999. The film featured Arbaaz in the role of a police officer and Salman as a courier delivery boy who is killed by his boss. After his death, Salman’s character returns to the world to avenge his death and helps Arbaaz solve cases. This film was super hit.

Arbaaz was next seen sharing screen space with Salman in the 2004 release Garv: Pride & Honour. The film revolved around an honest cop Arjun Ranawat, played by Salman, who takes on the corrupt people in the system. Arbaaz played the supporting role of inspector Hyder Ali Khan, a member of Arjun’s team. The film was directed by Puneet Issar.

The duo of Arbaaz and Sohail was seen onscreen for the first time in the 2009 release Kisaan. The real-life siblings played brothers on-screen in this film. Apart from acting in the film, Sohail also wrote its story. The film also featured Jackie Shroff and Dia Mirza in key roles.

Arbaaz played the role of Salman’s on-screen stepbrother in the 2010 release Dabangg. The film was also produced by him, and it went on to become the highest grosser in history. Later, Arbaaz donned the director’s hat in its second instalment, Dabangg 2.