Mrunal Thakur to Make Her Telugu Debut Opposite Dulquer Salmaan Actor Mrunal Thakur announced she is set to make her debut in Telugu cinema opposite South superstar Dulquer Salmaan.

Actor Mrunal Thakur on Sunday announced she is set to make her debut in Telugu cinema opposite South superstar Dulquer Salmaan. Produced by Swapna Cinema, the film is being directed by Hanu Raghavapudi. It will be presented by Vyjayanthi Films.

The actor, who turned 29 on Sunday, took to Instagram to share the first look of her character Sita from the untitled film. “Here’s a gift from me to you on my special day! Thank you @swapnacinema for this! Here to conquer your hearts with the lovely @dqsalmaan,” Thakur wrote. 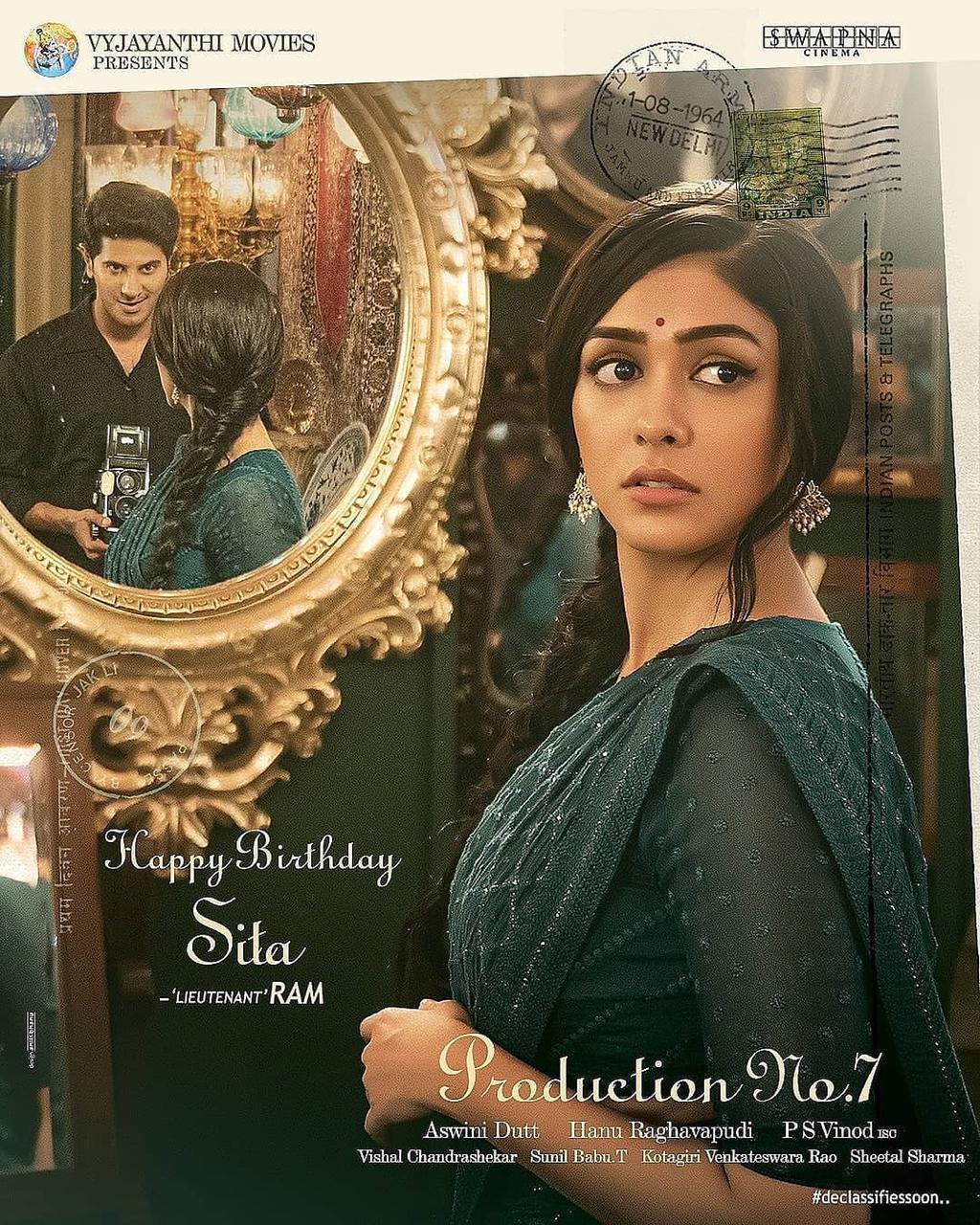 The actor, who has featured in Hindi films like “Super 30″ and “Batla House”, was recently seen in Farhan Akhtar-headlined sports-drama “Toofaan”. She has also starred in Marathi movies “Vitti Dandu” and “Surajya”. Raghavapudi, known for “LIE” and “Padi Padi Leche Manasu”, shared the character’s teaser video.

“Happy birthday, Sita! May you keep rising and shining,” the director wrote. The film, with music by Vishal Chandrasekhar, was announced on Salmaan’s 35th birthday on July 28.

Malayalam star Salmaan, who plays Lieutenant Ram in the upcoming Telugu movie, made his Hindi film debut with 2018 drama “Karwaan”. He was later seen opposite Sonam Kapoor Ahuja in the 2019 comedy “The Zoya Factor”.