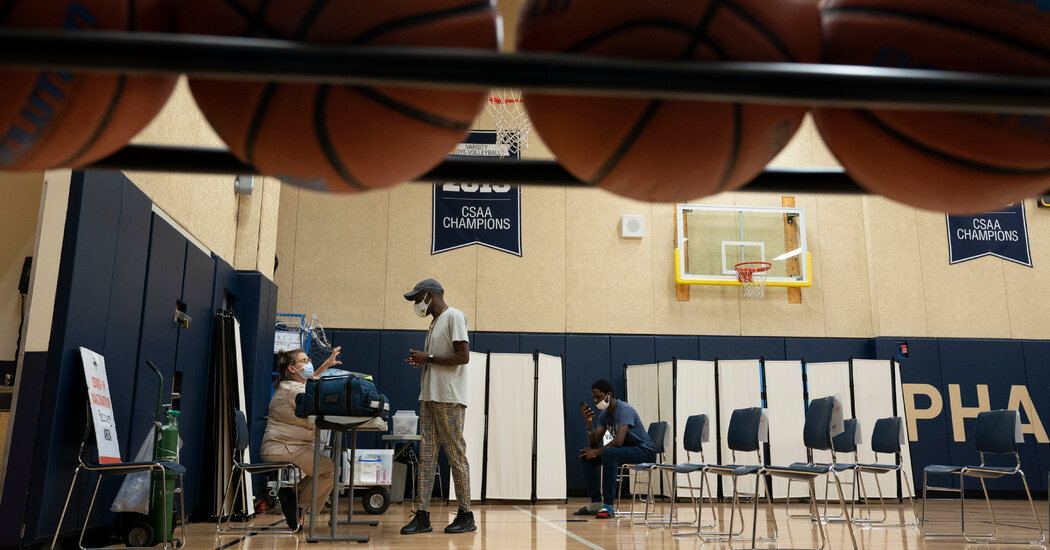 New York City’s high school student athletes and coaches participating in high-risk sports will have to be vaccinated in order to play, Mayor Bill de Blasio said on Friday. The announcement represents the first student vaccine mandate in New York City, and could set the stage for broader mandates for the city’s roughly 1 million public school students later this year.

About 20,000 students and staff — about half of the total Public School Athletic League — will have to receive at least one vaccine dose by the first day of competitive play. That means students with fall seasons, including football and volleyball players, will have to be at least partially vaccinated by the first few weeks of school.

But students who play winter and spring sports like basketball and lacrosse, along with wrestlers, have several months before they have to start the vaccination process. And more than 20,000 students and staff who participate in sports considered low-risk, including baseball, will not have to be vaccinated.

Private schools can determine their own mandates for student athletes.

The first day of school for all students is Sept. 13, which means eligible students who are still unvaccinated will not be fully protected by the start of school, even if they begin their vaccination process immediately. Just under 60 percent of all eligible New Yorkers ages 12 to 17 have received at least one dose, according to the city, but it’s not clear how many of those children are public school students.

The mandate follows guidance by the Centers for Disease Control and Prevention that students playing contact sports should be vaccinated to prevent canceled or virtual sports seasons. Last year, some districts across the country saw higher transmission among high-risk sports teams than in classrooms.

The state of Hawaii has already mandated vaccines for its high school student athletes. But vaccine requirements for eligible public school students remain extremely rare. The Culver City school district in California is believed to be the first district in the country to issue a broad vaccine mandate for all its eligible students.