N.Y.C. to Require Vaccination Proof for Indoor Dining and Fitness 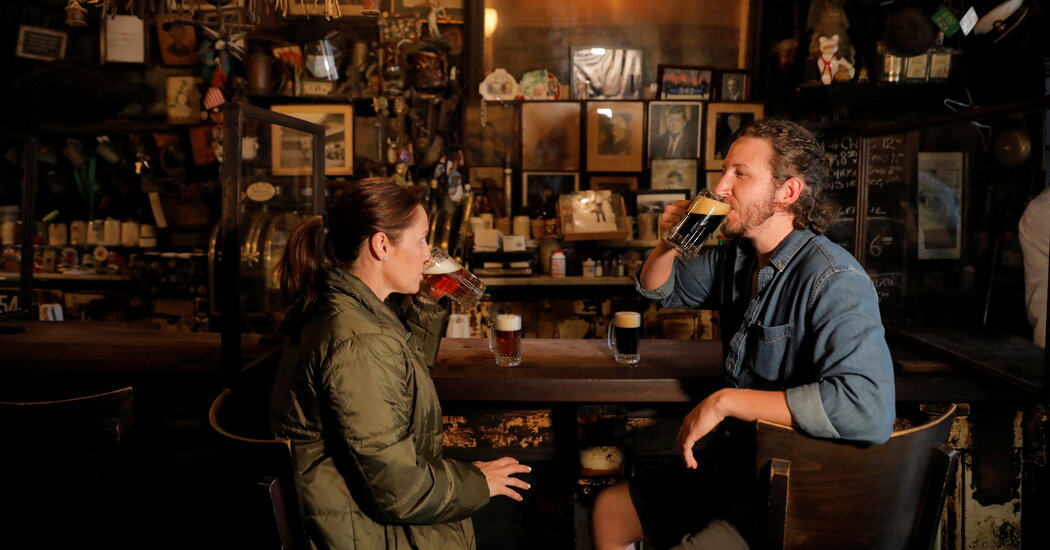 New York City will become the first U.S. city to require proof of vaccination for a variety of activities for workers and customers — indoor dining, gyms and performances — to put pressure on people to get vaccinated, Mayor Bill de Blasio announced Tuesday morning.

The program, similar to mandates issued in France and Italy last month, will start later this month, and after a transition period, enforcement will begin in mid-September, when schools are expected to reopen and more workers could return to offices in Manhattan.

“It’s time for people to see vaccination as literally necessary to living a good and full and healthy life,” Mr. de Blasio said at a news conference.

“Not everyone is going to agree with this, I understand that,” he said. “But for so many people, this is going to be a lifesaving act, that we are putting a mandate in place that is going to guarantee a much higher level of vaccination in this city. And that is the key to protecting people, and the key to our recovery.”

Mr. de Blasio has been moving aggressively to get more New Yorkers vaccinated to curtail a third wave of coronavirus cases. He is requiring city workers to get vaccinated or to face weekly testing, and he has offered a $100 incentive for the public.

About 66 percent of adults in the city are fully vaccinated, according to city data, although pockets of the city have lower rates.

Mr. de Blasio has been reluctant to reinstate an indoor mask mandate like those in some other large urban areas, including Los Angeles County, San Francisco and Washington. He encouraged New Yorkers to wear masks indoors on Monday and received criticism for not requiring them.

As part of the new program, New York City will create a health pass called the “Key to NYC Pass” to provide proof of vaccination required for workers and customers at indoor dining, gyms, entertainment and performances.

In France, people will soon have to show a health pass — providing proof of vaccination or a recent negative test — to visit indoor bars, restaurants and gyms. It has already been implemented at amusement parks, theaters and venues hosting more than 50 people. In New York City, proof of vaccination will be required and there will be no testing option.

The restrictions in France prompted millions of people to book vaccine appointments and also sparked a series of protests among people who said it infringed on their personal liberties.

The city will be issuing a health commissioner’s order and a mayoral executive order to implement the vaccine mandate. The six weeks before enforcement begins on Sept. 13 will be spent educating businesses and doing outreach about the new requirement, he said.

Mr. de Blasio has said that he wants to encourage New Yorkers to get vaccinated if they want to enjoy city life.

“If you want to participate in our society fully, you’ve got to get vaccinated,” he said Tuesday. “It’s time.”

State Senator James Sanders Jr. represents Southeast Queens, a part of the city that had one of the highest rates of death from Covid-19 in the first wave of the virus, and that now has one of the highest proportions of unvaccinated people in the city. He praised the mayor for stepping up.

“There is a madness afoot here, sir, and only government can make a difference,” Mr. Sanders said. “Give me a better way, or support the mayor.”