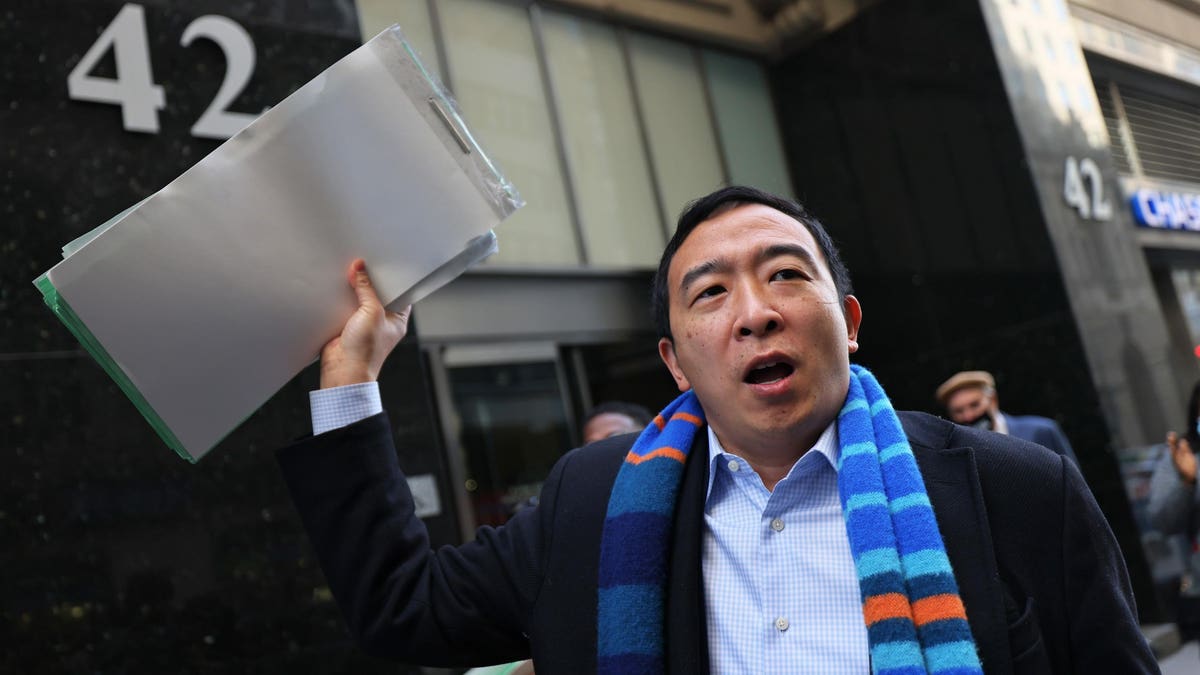 Several prominent Republicans at the national level cheered Democratic New York City mayoral candidate Andrew Yang for his tweet siding with Israel amid the country’s violent conflict with Palestinian militant group Hamas, prompting scorn from some progressives online—though Yang’s comments are not necessarily out of step with other local city politicians.

The violence sparked international attention, with the U.S. State Department urging “de-escalation on all sides” while condemning the attacks on Israel “in the strongest possible terms.”

Yang—the front runner in New York City’s Democratic primary for mayor along with Eric Adams, the Brooklyn borough president—defended Israel, saying he stands “with the people of Israel who are coming under bombardment attacks, and condemn the Hamas terrorists.”

The Democrat, who built a national profile during his longshot 2020 presidential campaign, was met with derision from progressives, who have long criticized Israel as an aggressor—but applauded by Republicans.

Responding to Yang, Donald Trump Jr. called on his followers to look at the replies to the Democratic candidate’s tweet, adding “Dems are now legit pro terror.”

Forbes has reached out to Yang’s office for comment.

The backlash towards Yang—the hashtag #YangSupportsGenocide was trending overnight Tuesday—underlines the complicated stance on Israel among New York City Democrats. Even as national left wing Democrats increasingly criticize Israel, city progressives have been more supportive. “Israelis live under the constant threat of terrorism and war and New York City’s bond with Israel remains unbreakable,” Adams wrote on Twitter. “I stand shoulder to shoulder with the people of Israel at this time of crisis.” New York City Mayor Bill de Blasio, a progressive, has attempted to walk a tightrope on the issue while in office, arguing it’s possible to criticize Prime Minister Benjamin Netanyahu while supporting Israel. Like Yang, de Blasio has said he’s against the anti-Israel Boycott, Divestment and Sanctions (BDS) movement. Former President Donald Trump and other Republicans have attempted to draw a line in the sand when it comes to Israel in recent years, accusing Democrats of abandoning the long-standing U.S. ally. “In my opinion, if you vote for a Democrat, you’re being very disloyal to Jewish people and you’re being very disloyal to Israel,” Trump said in 2019. Still, an overwhelming number of Jewish people voted for President Joe Biden in 2020.

The Israeli attack came after Hamas launched seven rockets at Jerusalem, the first attack on the city since 2004, according to the Washington Post. The strike was preceded by weeks of escalating clashes between Palestinian protesters and Israeli security forces, which has left hundreds of Palestinians injured. Both sides have issued warnings about further air strikes, with Netanyahu cautioning the country would “respond with great force.”

New York’s primary is slated for June 22, with 13 Democratic candidates and two Republicans left in the race. The first major debate is scheduled for Thursday. While Yang has consistently led in polls, one survey released last week showed Adams in the lead.

Republicans like Cruz used Yang’s comments to respond to progressive Reps. Ilhan Omar (D-Minn.) and Rashida Tlaib (D-Mich.), who had earlier voiced support for the Palestinians. On Monday, Omar labeled the Israeli air strikes an “act of terrorism.” Cruz said that with his tweet, Yang was “opposing the rabidly pro-Hamas & anti-Israel attacks from fellow Dems Omar & Tlaib.”

2,107,000. That’s the Jewish population in the New York, Newark and Jersey City metro area, the second largest concentration of Jews of any urban center in the world.