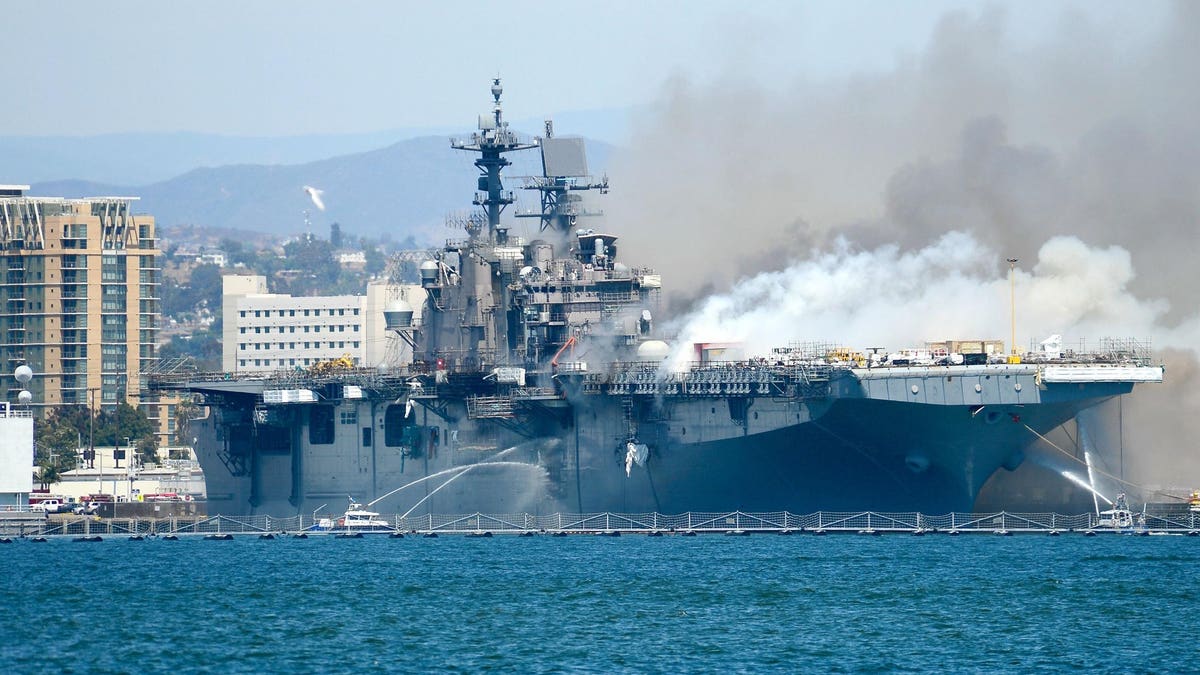 The U.S. Navy is bringing charges against a sailor accused of deliberately starting a fire last year on the USS Bonhomme Richard, which was decommissioned after sustaining billions of dollars’ worth of damage, the service said Thursday.

Following a criminal investigation, the Navy said an unnamed sailor who belonged to the USS Bonhomme Richard’s crew was responsible for last July’s blaze.

The Navy says it has enough evidence to hold a preliminary hearing, an early step in the military’s justice system, and the commander of the Navy’s Third Fleet is weighing court-martial charges against the sailor, the service said.

The sailor could face charges of aggravated arson and willful hazarding of a vessel, Third Fleet spokesperson Sean Robertson told Forbes in a statement.

The USS Bonhomme Richard, an amphibious assault ship commissioned over 20 years ago, was docked in San Diego undergoing retrofits when it caught fire last July. The 843-foot ship burned for four days, causing more than a dozen sailors to face non-life-threatening injuries. The Navy had spent years refurbishing the Bonhomme Richard to carry F-35B stealth fighters, but after the fire, the service ultimately chose to decommission and scrap the vessel late last year instead of spending seven years and ten figures repairing it.

$3 billion. That’s how much a full restoration of the Bonhomme Richard would have cost, the Navy estimated last November. Converting the vessel to serve some other use — including as a hospital ship or submarine tender — would cost more than $1 billion, the Navy said.

“Following an extensive material assessment in which various courses of action were considered and evaluated, we came to the conclusion that it is not fiscally responsible to restore her,” Secretary of the Navy Kenneth Braithwaite said in a statement last year, after the Navy chose to decommission the ship.

Seven years ago, the Navy decommissioned the attack submarine USS Miami after a devastating 2012 fire in Maine that the military determined was started deliberately. Civilian shipyard worker Casey Fury pleaded guilty to arson in connection with the blaze and was sentenced to 17 years in prison.