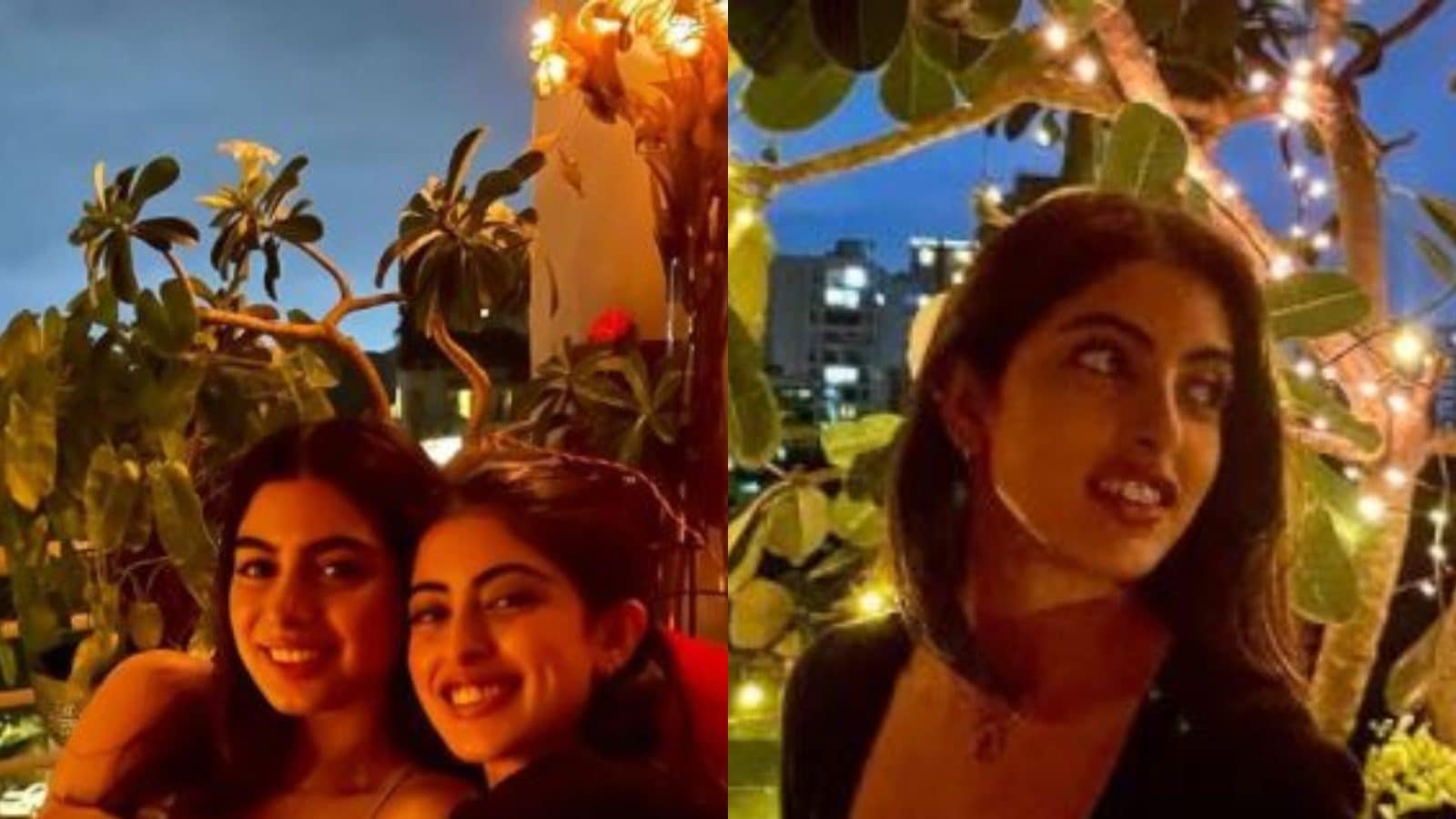 Giving a glimpse of her Friday evening, Navya Naveli Nanda shared a couple of photos on Instagram where they can be seen posing amid beautiful fairy lights.

Amitabh Bachchan’s granddaughter Navya Naveli Nanda had the perfect beginning to her weekend as she was accompanying her was her friend Khushi Kapoor, the sister of actress Janhvi Kapoor. Giving a glimpse of her Friday evening, she shared a couple of photos on Instagram where they can be seen posing amid beautiful fairy lights. Navya is wearing a black dress with a matching shrug and whereas Khushi chose a spaghetti strap dress for the occasion.

She chose light bulb emojis as a caption for the post. A graduate of Fordham University, Navya is one of the founders of Aara Health, a healthcare company that focuses on women. The 24-year-old is also the founder of Project Naveli. In a recent interview with Her Circle, a digital movement dedicated to feminism, Navya opened up about online hate and trolls that attack her with spiteful comments.

The entrepreneur told Her Circle that most of the time the most obvious answer to reacting to trolls is that one should not respond and just ignore it. Paying no attention to hateful comments is what Navya likes to do most of the time, but she admitted that there have been certain times where she has responded to trolls that really hit a nerve. Daughter of Shweta Bachchan and businessman Nikhil Nanda said, “I remember there was one specific comment that I got really upset about. I had given an interview about how my mom inspired me a lot because she is a working woman. Somebody commented, ‘but what does she do?’ My response to that was that she is a mother and that’s a full-time job itself.”