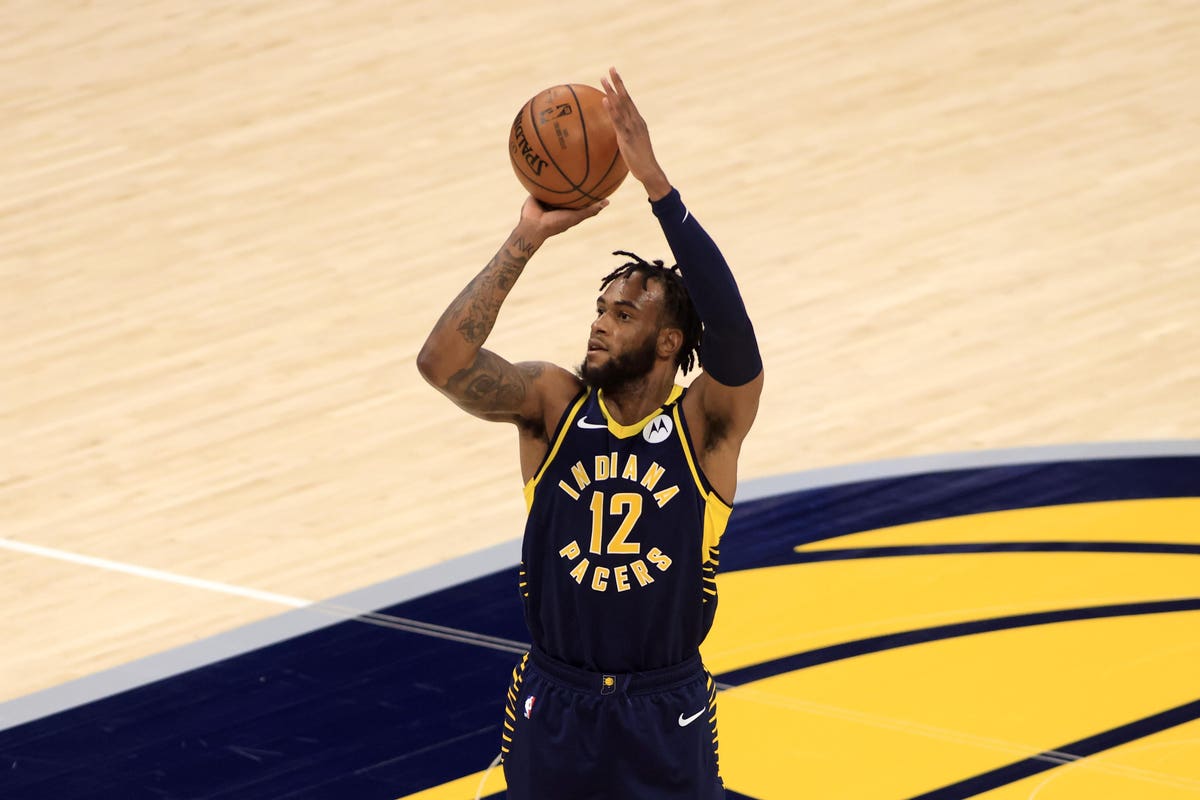 At the end of each regular season, teams are well aware of their immediate future. Some will begin prepping aggressively for the draft as they won’t feature in the playoffs, others will prepare for what they hope is a long postseason run by ramping up the minutes for bench players and resting their stars.

A common thread for both situations is that of bringing in players late in the season in order to upgrade the roster, either for the present or the future.

So let’s have a look at three examples from this season.

The Brooklyn Nets signed both Alize Johnson and Mike James in the late stages of the regular season and both played well enough to earn contracts that last for at least the remainder of the 2020/2021 season.

Johnson, who averaged a productive 5.2 points and 5.0 rebounds in just 10.5 minutes of playing time, even signed for two additional seasons with the Nets, although neither season is guaranteed.

That said, Johnson’s per-minute production and age (25) does indicate there’s a decent chance the Nets keep him around for a while, especially given how they don’t have a ton of depth at the big positions. Johnson’s brute force and ability to score near the basket (81.5% accuracy rate within three feet) could come in handy given how the team is primarily perimeter driven.

James, 30, was brought in to provide some depth to this year’s team. With Spencer Dinwiddie still sidelined, the Nets needed a reliable guard to come in and absorb minutes. James played in 13 regular season games after coming over from CSKA Moscow, and averaged 7.7 points and 4.2 assists in 18.2 minutes.

While neither player is expected to play much in the postseason, where rotations usually shorten, both are certainly playable and could provide a boost if players in the primary rotation end up in foul trouble or suffer injuries.

Did the Pacers find a keeper?

The Indiana Pacers have had health issues over the past few years, and this year was no exception. T.J. Warren, one of the most explosive offensive players in the NBA bubble last year in Orlando, played just four games this season. Furthermore, the club moved on from Victor Oladipo and acquired Caris LeVert, only to identity a cancerous tumor in his kidney which required surgery.

(Note: By all accounts, it naturally appears as though the Pacers were not frustrated with LeVert being sidelined, given the severity of the situation, but instead entirely devoted to his long-term health.)

The Pacers turned to the free agent market to find players who could occupy some of those minutes, and help keep them in the playoff race. They identified Oshae Brissett, who last year played for the Toronto Raptors.

Of all the players signed late in the season, Brissett might be the crown jewel.

The 6’7 wing ended up starting in 16 of his 21 games, providing the Pacers with a tremendous boost of energy and floor spacing. The club quickly realized his future potential and signed him to two additional seasons, similar to that of Johnson in Brooklyn.

Brissett, assuming his production carries over to next season, adds another rotation player to what should be a loaded Pacers, and finally healthy, roster.

The Rockets may have found some long-term talent

Cameron Oliver, who inexplicably went undrafted in 2017, has spent his entire professional career playing either internationally or in the NBA G-League. The 6’8 forward was this year finally given a chance in the NBA with the Houston Rockets, and proved that teams made a mistake four years ago, when leaving him on the draft board.

Oliver, now 24, is an inside/scorer scorer who can use his wide 240-pound frame to score near the rim, while also stepping outside for three-point shots. Defensively he’s not superbly versatile, but he does have a knack for shot-blocking and rebounding, which at least should provide him with a total set of skills good enough to warrant an NBA job.

While he played just 87 minutes spread out over four games, Oliver made it a point to play his game, averaging 10.8 points and 5.3 rebounds, while connecting on 57.6% from the field.

That type of production isn’t likely to carry over to the same extent – same goes for Oliver – but it’s at the least intriguing enough to see what they could have in Thomas, who is 6’3 and can play both guard spots.

Thomas, unlike Oliver, signed a similar long-term contract as Johnson and Brissett, meaning the Rockets get a chance to retain him and see what he could do next season, assuming he makes the roster.

With the general lack of talent in Houston, Thomas has as good a chance as any to make it.