Neena Gupta on her second spell of stardom 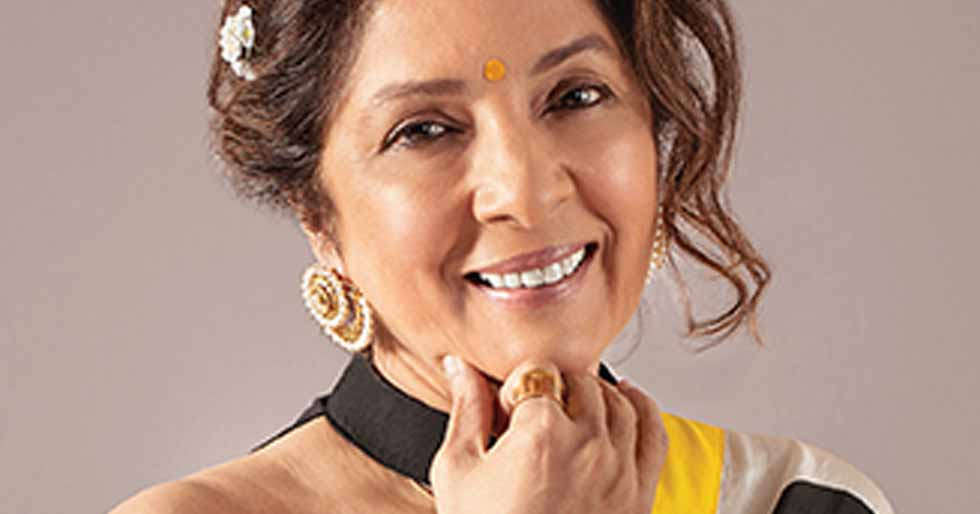 Age is just a number. Or rather, it should be. But more often than not, this doesn’t apply to our heroines. While a 50-plus hero is seen to be entering his golden age, for a heroine it’s the reverse. She’s said to be leaving her golden years behind and is expected to gracefully fade into the woodwork. Times are changing and thankfully today good roles are being written for mature actresses as well. One such beneficiary of this change is Neena Gupta. Thanks to her performances in films like Badhaai Ho, Shubh Mangal Saavdhan and series like Panchayat, she’s finding herself flush with offers. Neena appeared as a 90-year-old grandma in Sardar Ka Grandson recently and her bravura performance won hearts. She’s also revelling in the joy of her well-received autobiography Sach Kahun Toh. Excerpts from a free-flowing interview with the actress who has always lived life on her own terms…

What motivated you to write Sach Kahun Toh?
It was the time of the first lockdown. I had time to reflect and someone suggested that I should write. Fortunately, it all flowed smoothly this time around. I’ve tried before but I couldn’t write for long.

Did you at any moment feel like maybe it’s a bad idea?
I never felt it was a bad idea. It’s strange but it was like I took a road and I didn’t want to turn back. I just wanted to get somewhere and I kept going. The road was difficult but I never
lost heart.

It’s got great reviews and the reception has been great…
I was nervous that people might not like it. I’ve written from the beginning so I’d wonder who’d want to read about my childhood days in Karolbagh and NDA. I felt people only wanted juicier stuff and that’s very little in the book. I had my doubts. But the praise and reception I’ve received, it’s unbelievable. I’m ecstatic about the way people’s received it.

Do you think it’ll put a rest to the recurring questions about your past or will itraise new ones?
I don’t care about whether it changes the false image the media had created of me. I’ve reached a point in my career and life where all of this doesn’t matter.
I have a feeling that people will think differently of me as a person but if they don’t, it doesn’t matter. I’ve suffered, I’ve taken it in my stride, I lost a lot but now it’s all in the past and doesn’t matter.

There is a certain credibility attached to your name now. What does that feel like?
It is a big responsibility. It’s like how I watch Hollywood films because it stars a certain actor. It’s the same thing. My approach to accepting roles hasn’t changed. I always see it from the point of view of a lay person. If I’m not convinced that I would enjoy watching my character on screen, I wont  do it. Earlier I used to do films that I prayed would never see the light of day. I played badly-written characters because I had no work. In television, I’ve never done anything that I’ve not liked. But there I could choose. With films, I needed the money so I had to do such rubbish work, you can’t imagine. There is this one film that comes a lot on TV and I cringe when I see myself in it. So yes, now I have a responsibility and I’m quite clear in my head about what I like and what I don’t want to portray. It can be correct to you, but it’s not correct to me. 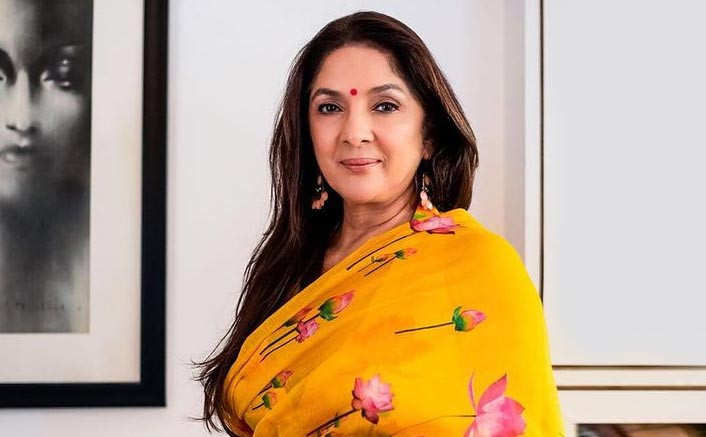 How has work from home been for you?
I miss going out for promotions to different cities. I miss meeting people, having fun with them, eating and drinking together. But I do thank the almighty that even in this scenario we can work virtually. God knows when all of this will end, so whatever we’ve got,
I’m grateful.

From your initial films like Mandi and Utsav to now Badhaai Ho and Sardar Ka Grandson, how much have you evolved as an artiste and how much has the industry evolved in your view?
With every show, film or play I did, I found out more of my flaws. I realised what I lacked and what I had to work on. For example, on the screen, in a close up, you look double your size. So, I realised I can’t put on weight. Over the years, I’ve become my best critic. I know where I have gone wrong. As for the industry, it’s in a great phase for cinema currently. I’m thankful that I’m still getting work. I have a lot of good work lined up. It’s a great phase for everyone, writers, producers, directors, etc. The audience is accepting newer subjects so people are making better content. OTT has also helped a lot. You can make a low-budget film and masses will get to see it on streaming platforms.

What’s your take on the age gap that’s increasing between the male and the female leads? Does it mean there’s a shelf life to a female actor but not one for her male counterpart?
There is no problem here. In our society it’s the same. A sixty year old man marries a twenty year old. But turn the roles and tell me, can a sixty year old woman marry a twenty year old man? It doesn’t happen. At least, I haven’t heard of such a thing. So in our society, a man can be with a younger woman but not so often the other way round. If it doesn’t happen in reality, how can you show it on screen? So one is used to it. Initially, I would say that yes, the actor is way older than me but then the other choice was to sit at home and not work. 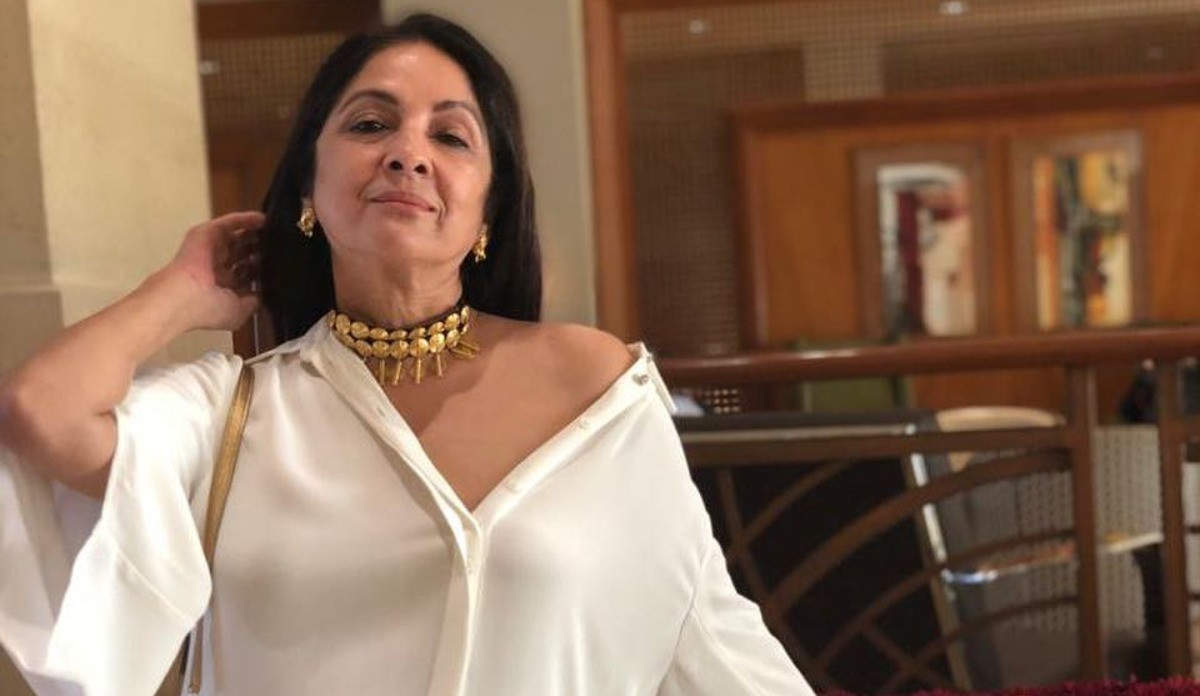 Meryl Steep was seen romancing Keegan-Michael Key who is twenty years younger than her, in The Prom. You see something like that happening here?
No, it can’t happen here. I think it doesn’t happen a lot in the West either. Even if it does, it’s usually on the lines that the man will find a younger girl and will leave the older woman. That’s the mindset.

You played Kanwaljit Singh’s mother in Sardar Ka Grandon. You’ve often played his lover in both films and TV. Did you find it odd to see him cast as your son?
We are professionals and hence it doesn’t matter. I have played Feroze Khan’s older sister, for that matter. I have also played mother to actors who are just ten years younger than me. Maybe one day the audience will see Kanwaljit and me again, playing our real age in a drama. My role was so good that nothing else mattered.

What was your first reaction when you heard the story of Sardar Ka Grandson?
When I learnt that I’d be playing a 90-year-old in the film, I told my manager that I am not even going to listen to the story and it was a no from me. But he told me to hear the narration and then decide. Kaashvi (Nair), the director narrated the script to me and when she finished I told her I’m game. I did have queries about the process of moving an entire house like it’s shown in the film, so I asked her about it and she said she’s done her research. In fact, the other day someone commented on my Instagram post that they have seen this happen in Germany. So it happens, though rarely. Also, I don’t feel the love between a grandchild and a grandparent has been explored a lot in our films. It is something else. It touches your heart.

What was the most difficult part of playing a nonagenarian?
I received so many pictures of people’s grandmothers and they tell me I look exactly like them. One of my friends sent me a picture of her grandmother in the winters with the same cap and scarf and she said I looked like her. So I knew we passed the look test. But initially we had a few issues. We experimented a lot. We made a mould and it was scary. I then tried many things and different people worked on the prosthetics. We had to keep in mind that it cannot hamper my performance. They wanted a full thing but I wasn’t able to emote. So we decided
on patches around my cheeks. It took me two hours to get ready everyday. The worst part was that we’d work till late and after packing up while everyone would rush to their rooms, I was stuck there to remove the make up for a good hour and a half.

What was it like working with an ensemble cast?
It was great fun. We shot in Patiala at the end of December. It was so cold,
I used to wear two warmers on top and on my legs and then wear my costume, two pairs of socks and then a cap. We shot around a farm so the place was beautiful. The weather was nice and food in Patiala was fabulous. We were living in a beautiful old palace. We got to know each other so well and Arjun (Kapoor) was so much fun. He would keep cracking jokes. He’s a very hardworking boy. We rarely met him in the night for dinner because he was doing intermittent fasting so he would eat early. He was disciplined and would do his workouts diligently. But on the set, we had a great time. Kaashvi is also a cool cat, we would always keep goofing around on the sets.

The film revolves around your character’s memories of her past. What’s your strongest memory of your life before you became an actor?
I’m from Delhi so when I came to Mumbai in 1981, it was difficult. I didn’t have a godfather and I had no idea about the rules of the game. So after every two months, I would want to go back but something always came up. Although I still miss Delhi, Mumbai is my home now. But when I go back and visit places that I used to go to during school and college, sometimes it hurts a little. It’s a sweet pain that will always remain and those are my most nostalgic moments in life.