Netflix’s Most-Watched Movie, ‘Sweet Girl,’ Has A Huge Twist That Won’t Please Anyone 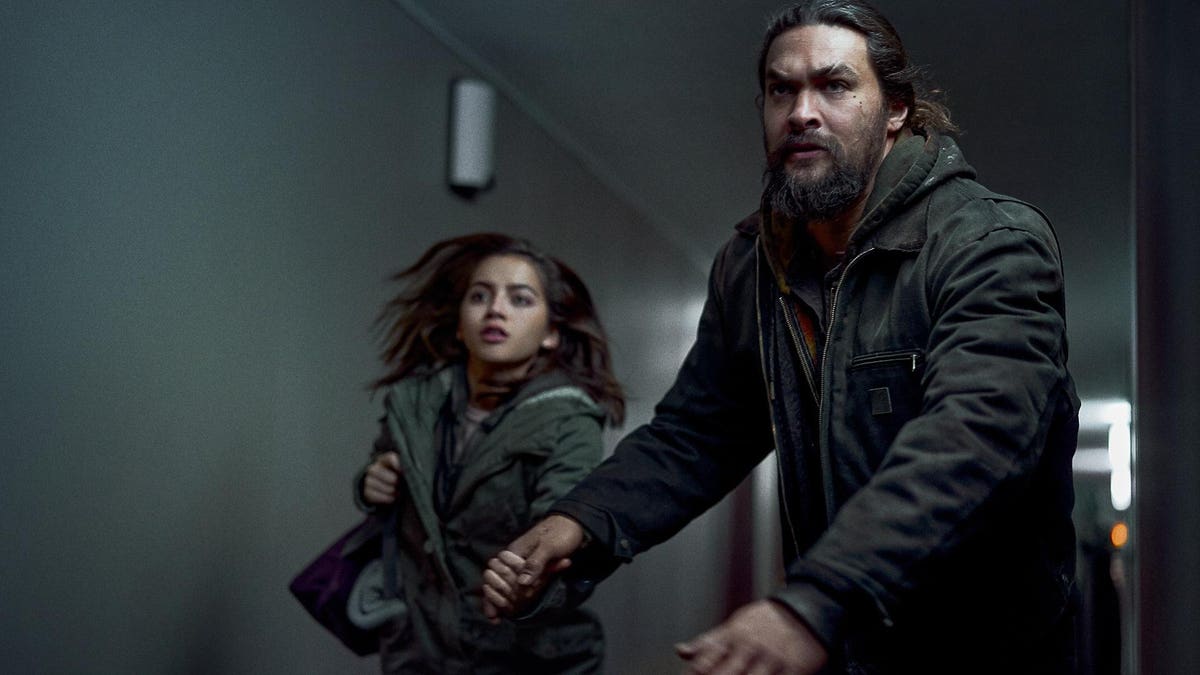 Netflix’s Sweet Girl, starring Jason Momoa and Isabela Merced, offers a late-in-the-game reveal tries to have its cake and eat it too.

By Netflix original standards, especially their “non-prestige” efforts, Sweet Girl is decent-enough entertainment. It’s a rough-and-tumble action thriller starring Jason Momoa as widowed dad Ray Cooper avenging his wife. His wife perished from cancer at least partially because a potential life-saving medication was pulled from distribution for market-share reasons. Isabela Merced (Instant Family, Dora the Explorer) is his equally rough-and-tumble teen daughter Rachel, who is coping in her own way with her loss and would rather Ray not go down this dark and vengeful path. The film, located in and around Pittsburgh, has solid production values, halfway decent fisticuffs and a scope and scale that plays like an Asylum version of The Fugitive, another man-on-the-run thriller located in a major American city with a plot connected to duplicitous drug companies). Yes, I do somewhat mean that as a compliment.

However, it also has a rather interesting third-act turn, one that seems engineered to displease almost anyone watching the film, save for those who like outside-the-box plotting on principle. Now, to be fair, I tend to be one of those people, especially when it comes to non-franchise flicks. I was fine with the supernatural reveal in Nicolas Sparks’ Safe Haven, I had no objection with the second-act turn (hidden from the trailers) revealing that Chris Pratt’s deep-space traveler intentionally woke up Jennifer Lawrence (thus dooming her to die before they made it to their destination) out of loneliness. My issues with Serenity, an otherwise boilerplate Matthew McConaughey/Anne Hathaway film noir actually set within a video game simulation, were more the “how” than the “what.” Hell, I even liked Book of Henry (which shares a co-writer Gregg Hurtwitz).

Last chance to get off this train spoiler-free…

Sweet Girl plays fair. Fun fact: As you discover just before the final showdown, our protagonist actually isn’t our protagonist. That first act fight sequence which sees our hero failing to prevent the murder of a journalist, yeah, Ray didn’t recover from those stab wounds. He’s been dead for two years, with his daughter taking revenge in his place against the corporate baddies that essentially killed both of her parents. As we see in a brief montage, this explains certain disassociative moments between Rachel and a sympathetic FBI agent (Lex Scott Davis) as well as the odd fact that a guy who looks and fights like Jason Momoa can sneak around undetected in public settings while often getting whupped (or fought to a standstill) by both trained security folks and workaday corporate types.

This puts the film in an odd situation. If you’re watching the film hoping for a conventional Netflix action flick starring the guy who starred in Aquaman and Conan the Barbarian, well, that’s not quite what you get. However, it’s just as likely that you’ll get to the third act, come upon the reveal, and realize how much more interesting it might have been had Merced was the lead. It would have been at least quite different to see a teen girl doing conventional action-adventure beats, committing R-rated violence and going verbally toe-to-toe with a wise and sympathetic hitman (Manuel Garcia-Rulfo, whose coffee shop chit-chat with Momoa is the film’s best scene). We’re likely to be left with the mere idea of what a full-on “Rachel versus the bad guys” movie might have been.

Sweet Girl tries to have its cake and eat it too, offering an outside-the-box reveal related to its stock action movie scenario while still spending most of the film giving you the boilerplate “big tough guy kills his way through baddies to protect his daughter” plot. Not unlike Serenity, which sold itself as a pretty conventional erotic thriller, it’s likely to both annoy those who wanted the most conventional version possible and those who will wonder what might have been. The twist doesn’t make the movie better or worse, but it does represent a fork in the road had the film committed to being entirely conventional Momoa-led revenge flick or a slightly different Merced-led actioner. By splitting the difference (arguably for commercial considerations), Sweet Girl is likely to make neither party happy.

Now a stand-alone film debuting on Netflix and sold on the promise of a well-known action star and old-school revenge plotting is different from a seemingly all-too-rare star-driven, adult-skewing erotic thriller actually being a bonkers-bananas video game simulation. The latter was frustrating because it was almost certain to anger the few folks still willing to venture out to theaters to see a movie like the one Serenity was selling in the first place. For that matter, Passengers’ controversial reveal put the all-too-rare $100 million-plus star-driven sci-fi original (which still limped to $300 million in late 2016) on the defensive among the very critical community which otherwise would have been championing the original, star-driven flicks. As “this week’s Netflix original,” the stakes are a lot lower, but Sweet Girl still leaves the lingering question of what might have been.