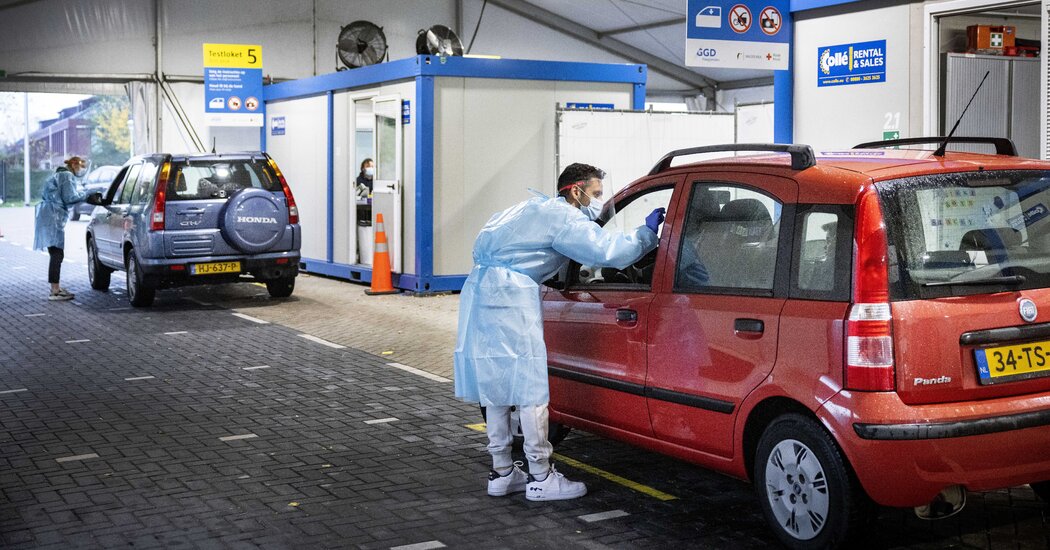 Soaring demand for Covid testing in the Netherlands, combined with a shortage of workers to book them in, is pushing the limits of the country’s health services, officials have said.

In a statement on Tuesday, the association of regional health services in the Netherlands called the increase in demand for new testing appointments “explosive,” adding that it was taking the approach of “all hands on deck.”

Officials said that they aimed to reach up to 120,000 tests a day, depending on workers’ availability. On Monday, at least 116,000 new appointments were scheduled and 91,000 people were tested — new daily records — according to Jaap Eikelboom, a Covid program director for the health service association.

“We are reaching the maximum of our capacity on all sides,” he said.

Virus cases have been rising in the Netherlands, with more than 110,000 people testing positive over the past week, an increase of almost 44 percent compared with the week before, according to official figures. Last week, the government announced a national partial lockdown for three weeks, including limited operating hours for restaurants, bars and shops.

It is also now largely impossible to book most Covid testing appointments online because of the high demand, the Dutch newspaper De Volkskrant reported, saying that there was only one place in the Netherlands — in the southern province of Zeeland — where people were able to do so.

Speaking at a news conference this month, Prime Minister Mark Rutte hailed the importance of testing to stop the spread of the virus, even for people who are vaccinated.

“Stay home if you have symptoms, and get tested,” he said.