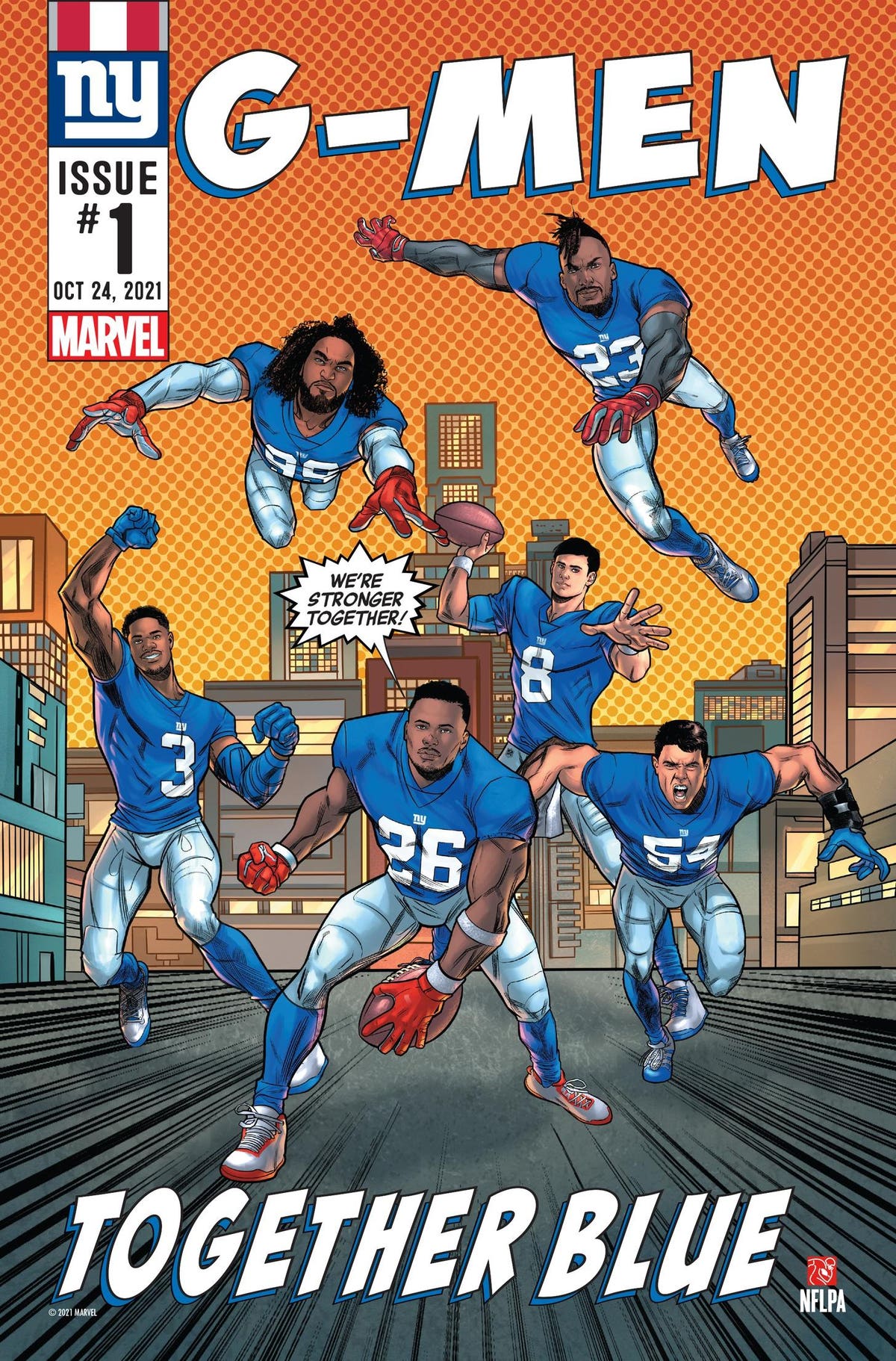 For decades, the New York Giants have been viewed as superheroes among portions of their fan base.

And through a special collaboration with Marvel Comics, select players will team up with the Avengers in a special Giants-themed comic book to be distributed October 24 when New York hosts the Carolina Panthers as part of Marvel Super Hero™ Day.

The first 30,000 fans who enter MetLife Stadium plaza gates for the game will receive a special collectible print copy of the comic book, with a digital version also to be made available online.

In addition, an exclusive Giants-themed Marvel poster will also be available for season ticket holders later in August.

“As we welcome fans back to MetLife Stadium, we will continue to look for ways to engage our consumers,” said Pete Guelli, Chief Commercial Officer, New York Football Giants, in a statement released by the team announcing the collaboration.

“The Giants and Marvel are two iconic brands with a storied history, and we can’t wait to see this collaboration featuring our players come to life.”

“The overlap between sports and entertainment continues to grow, and this collaboration with the Giants will result in some of our most integrated work yet with the NFL and Marvel’s iconic heroes,” said Mike Pasciullo, Vice President, Marketing and Communications at Marvel Entertainment.

“We look forward to seeing the Giants come to life in the pages of our comics, and we are excited to share Marvel’s storytelling with Giants fans everywhere.”

The Giants-Panthers game has been designated as Marvel Super Hero™ Day. Fans attending the game will experience Marvel-themed integrations throughout the plazas, MetLife Central.

Marvel-themed videos will also be shown throughout the bowl and concourses, along with interactive trivia/features.

The Giants are also planning to host Marvel-themed virtual events throughout the season, such as Super Hero drawing tutorials, a chance to meet the minds behind Marvel Comics, and more.