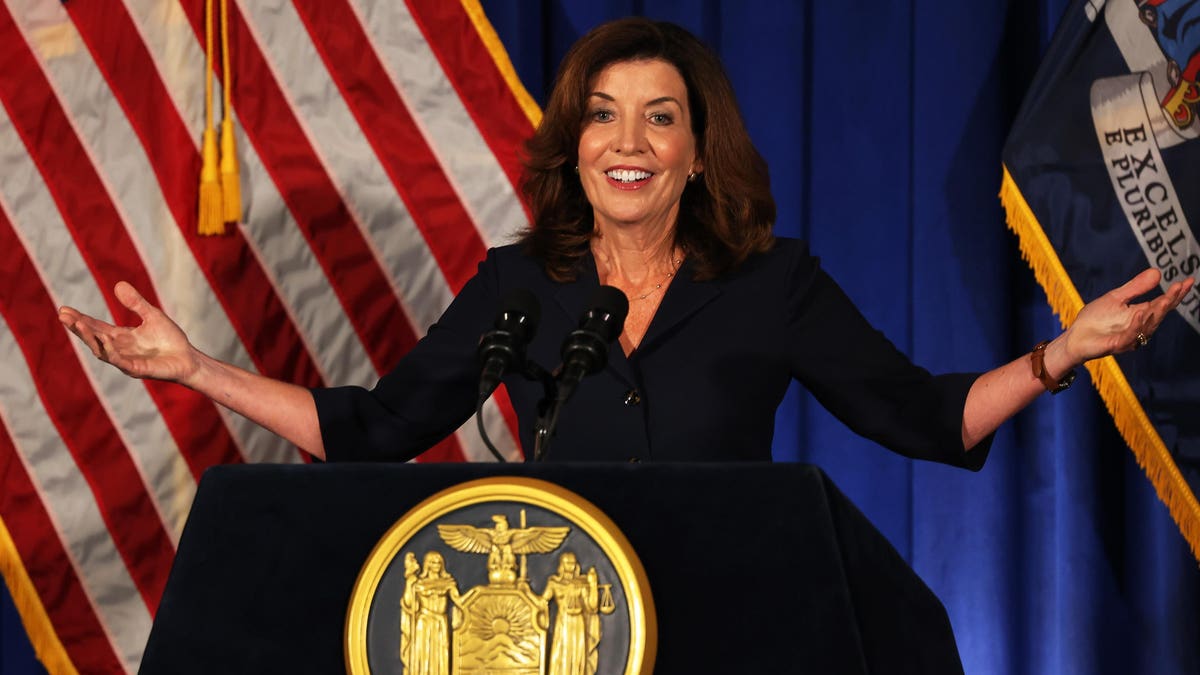 The bill, called The Less Is More Act, was widely supported by Democratic lawmakers and will keep many parole violators—like those who have violated a set curfew—out of jail.

Parole violators, who in the past have been automatically incarcerated for simple infractions, will instead have to show a pattern of violations before they are put in jail.

The legislation also gives judges the ability to release parolees who are facing new criminal charges.

The bill doesn’t take effect until next year, but Hochul said she’s immediately ordering the release of 191 inmates at Rikers Island—many of whom are in jail for parole violations—and will transfer another 200 to state facilities. Rikers, which primarily houses defendants awaiting trial and people convicted to sentences under a year, has been plagued by overcrowding, staffing shortages and rising violence during the Covid-19 pandemic.

“Today is about protecting human life, the lives of the people who are incarcerated as well as correctional officers,” Hochul said on Friday.

At least 10 inmates at Rikers Island have died so far this year, with five of those deaths being confirmed suicides. A growing jail population combined with staffing shortages, the result of corrections officers regularly calling out sick, has reportedly caused miserable conditions inside the facility, like urine and garbage stagnating on the floor and inmates being held in spaces without beds. While the immediate crisis at Rikers is the backdrop for Friday’s bill signing, it also comes as there is a growing push nationally for reducing prison populations through “decarceration” efforts. President Joe Biden vowed to push for policies that would reduce prison populations, as part of a broader effort to end systemic racism in the U.S. criminal justice system. After several months in office, some critics on the left are now saying the president hasn’t taken swift enough action to keep his promises on criminal justice reform, particularly when it comes to the federal Bureau of Prisons.

Is Biden overlooking Bureau of Prisons as reform target? (The Associated Press)