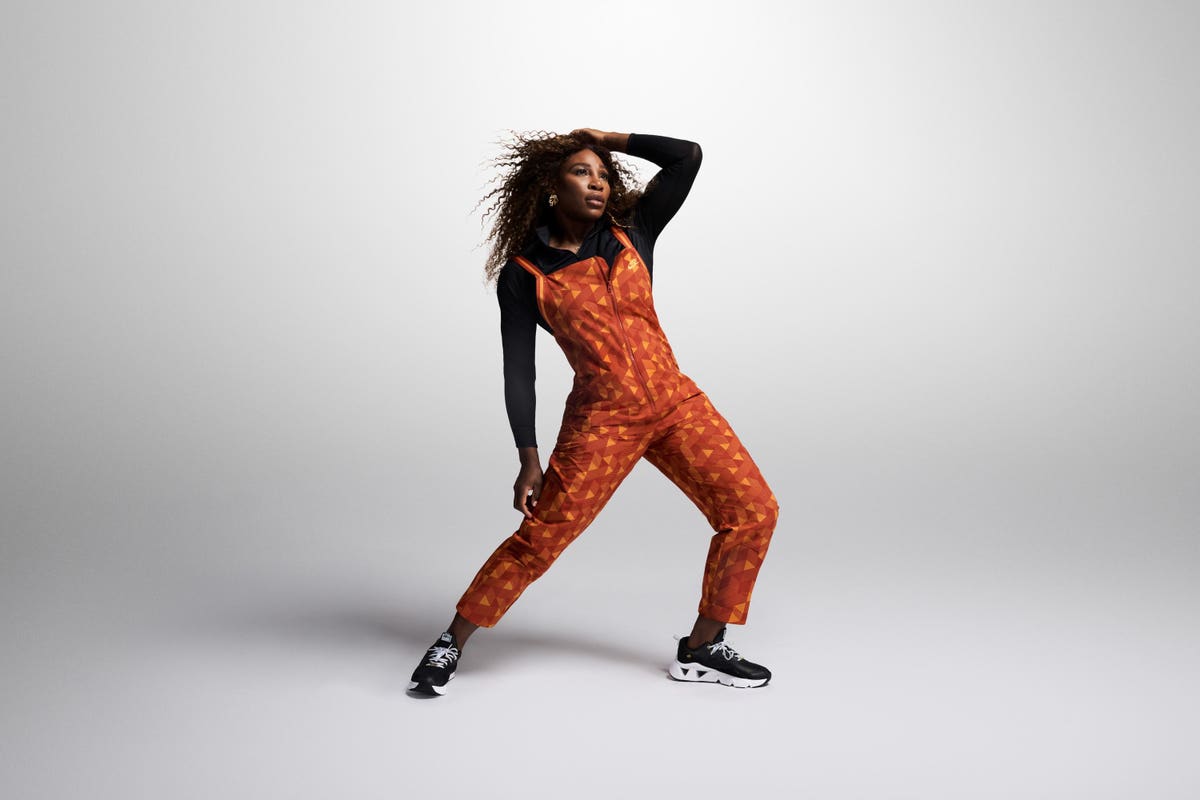 The Nike-formed Serena Williams Design Crew (SWDC) has turned six-month apprenticeships in 2020 into a Sept. 1 launch of the SWDC1 Collection, a product unveiling crafted by 10 young designers working with the tennis superstar.

In partnership with Williams, Nike in 2019 designed an apprenticeship program to promote diversity in design and help foster a new generation of designers. The first group of 10 apprentices spent six months at Nike’s Oregon worldwide headquarters in 2020 crafting Serena-inspired footwear, apparel and accessories of both women’s performance and lifestyle product.

“The future of sport is creative, inclusive and unlimited in possibility—everyone is invited to play,” Williams says. “My partnership with Nike on the Serena Williams Design Crew builds on that same spirit of inclusivity and extends into design—at Nike, across the industry and around the world. There’s so much incredible talent out there; I hope the next generation sees this program and is inspired to get involved.”

The work from that 2020 project gets its debut now, showing how the group uses Williams’ “lineage and legacy through her past and present” to drive the details of the first collection. The SWDC program focuses on building a diverse design demographic while teaching the apprentices the worlds of footwear, apparel, accessories, color and materials.

Now an annual design collective, the 2021 cohort includes 11 apprentices. Each year, Nike focuses on bringing talent from in and around a major U.S. city into the SWDC program. The first year the designers hailed from the New York area. The second group of apprentices have ties to Chicago and Nike is using partnerships with Pensole, Midwest Fashion Week and Indiana Fashion Foundation for the 2021 session, which launched in May.

First-year apprentice Emiko McCoy is now an apparel designer with Nike. “Seeing Serena Williams’ ‘Dream Crazy’ campaign on a billboard in Herald Square was a life-changing moment for me,” she says. “To see the greatest athlete of all time—someone who looks like me and has brought so many young girls into sport—inspired me to finally pursue my own crazy dream of becoming a Nike designer. To have this opportunity to design for her has been so incredible, I really want to pay it forward by paving a way and opening up opportunities for others who are coming behind me.”

The SWDC1 Collection, releasing to retail on Sept. 1 in the midst of the U.S. Open while Williams vies for her record-tying 24th grand slam singles title, celebrates Williams as an “athlete, style icon and champion of change.” Her stories flourish in the collection’s details, with the double zero in “OO Williams” depictions a reference to Williams’ daughter’s initials and the meaning of “love” in tennis. The West African Kente cloth-inspired prints that dominate the collection hide an “S” for Serena in the pattern. A timeline of her grand slam wins fills tapes that make an appearance on apparel and her signature gets included on every piece.

The collection comes as distinct as the 10 designers behind it, with four footwear styles and a mix of performance and lifestyle apparel. Expect to find two pairs of Nike Court Legacy footwear styles, each with four gold eyelets signifying Williams’ four Olympic gold medals. The Nike Air Max Koko has a SWDC logo on the top of the sandal and the Nike Ryz 365 2 features the SWDC logo on the tongue.