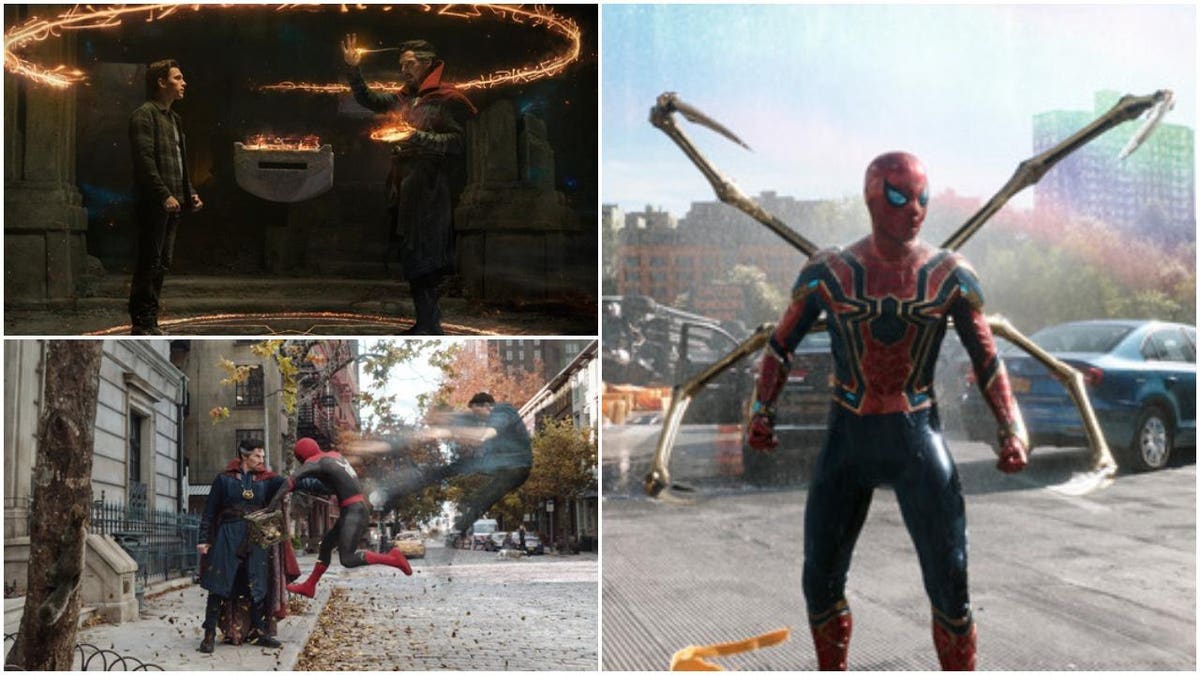 In a slightly better timeline, Sony would be releasing the first teaser for Spider-Man: No Way Home one month out from the debut of Venom: Let There Be Carnage, which itself was supposed to kick off the post-summer wave of bigger theatrical releases. Save for F9 and Black Widow, most of the summer flicks were cheap horror movies (The Conjuring: The Devil Made Me Do It), commercial coin tosses (Jungle Cruise) or outright sacrificial lambs (Snake Eyes: G.I. Joe Origins), but the post-summer slate was where the “second act” of the slow theatrical recovery was supposed to begin.

Venom 2 has been pushed to October 15, Hotel Transylvania 4 has been sold to Amazon and nobody knows if Sony will actually keep this much-anticipated Spider-Man threequel on the aforementioned December 17, 2021 release date. As for the trailer itself, it very much concerns itself with the Far from Home cliffhanger, during which Mysterio (Jake Gyllenhaal) framed Peter Parker (Tom Holland) for his own murder and outed the kid as Spider-Man to the whole world. Judging by the fact that he’s not in jail, I’m guessing the whole “Peter Parker killed me!” thing is less of a problem than “Peter Parker is Spider-Man!”

That makes sense since A) Quentin Beck probably had an evil paper trail and B) I’m guessing the whole “helped save the world from Thanos” thing allowed for some benefit of the doubt. Still, a public outing is a problem for friends (Zendaya) and family (Marisa Tomei), but maybe a spell cast by Doctor Strange (Benedict Cumberbatch, never more fun than when he’s annoyed with his fellow MCU superheroes) can make things right. Spoilers, the spell goes wrong and something-something multiverse goes down which results in established characters from prior Spider-Man franchises showing up to play.

The second trailer for Spider-Man: Far from Home flat-out lied about the present-tense existence of a multiverse, but this time it seems to be an honest pitch. To the teaser’s credit, it focuses on this Peter Parker and his in-universe problems, with the whole “surprise cameos!” thing being held in reserve for the next trailer. There are hints of Peter Parker and Spider-Man becoming two separate entities, which would make this the second big comic book sequel in a year heavily influenced by Superman III.

Oh, and the whole “everybody forgets I’m Spider-Man” thing might allow them to play with “One More Day” and “Brand New Day” without dipping into that arc’s more controversial story beats. Anyway, presuming the film opens as planned on December 17, it’s almost certain that Jon Watts’ Spider-Man: No Way Home will be the year’s biggest grossing Hollywood release. It’ll have anticipation from Spidey fans and Marvel fans, with (hopefully) decreased Covid infections and loosening Covid-specific restrictions along with the unmatched potential for Christmas season legs.

However, depending on what stays, what goes and what performs how in theaters, Spider-Man: No Way Home may be, not the triumphant “theaters are back” second-act finale but merely the delayed “theaters are coming back” finale for “season one” of this complicated situation. We’ll see if the film plays as a year-end victory lap or a shot of hope for 2022 and beyond. For now, Spider-Man: No Way Home will open exclusively in theaters on December 17. Here’s hoping it doesn’t have to swing away.