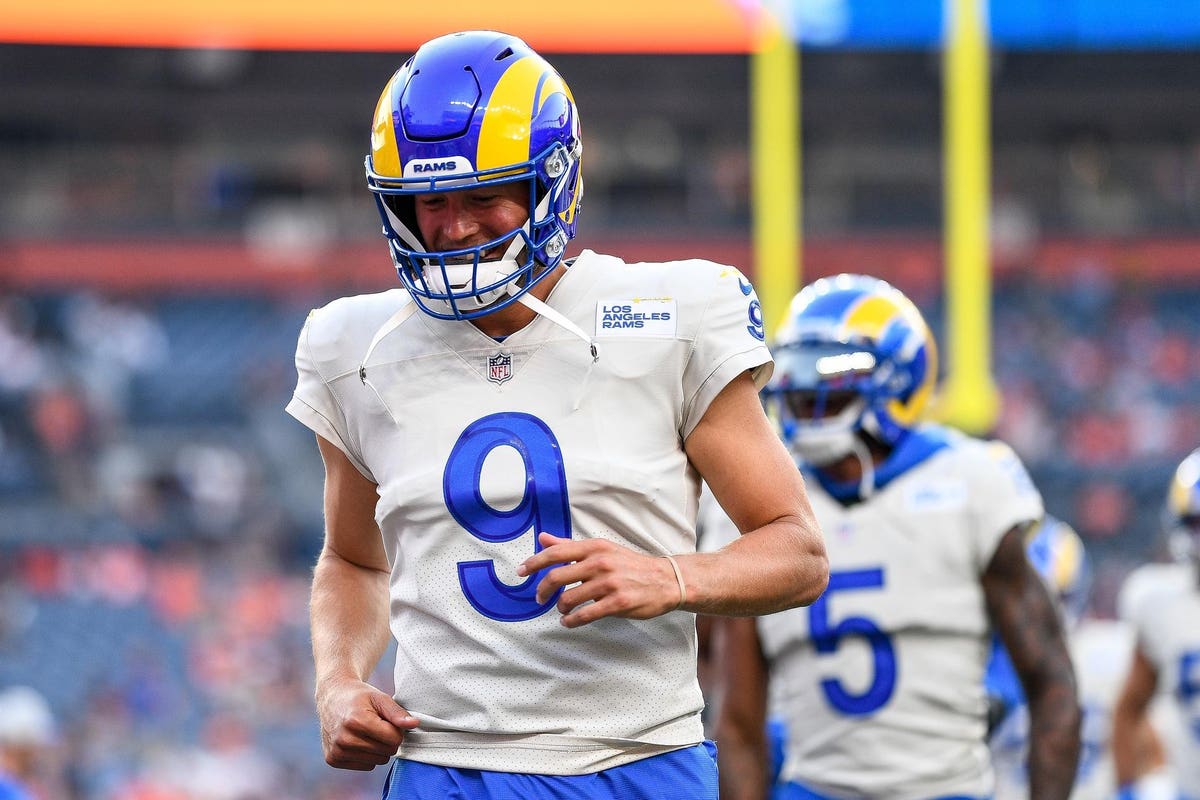 The first Sunday of the 2021 NFL season is finally here.

Week 1 began with a bang when the defending champion Tampa Bay Buccaneers staved off a valiant upset attempt by the Dallas Cowboys in the NFL Kickoff Game. That matchup set the stage for an action-packed Sunday that has 14 riveting matchups on tap throughout the day.

Those looking to wager on Sunday’s action can find some picks and predictions for the afternoon games by clicking here. You can also find a betting preview for tonight’s Sunday Night Football game below. B

Before getting to the Rams vs. Bears pick, take a look at the complete schedule, start times, TV and live stream viewing information plus updated odds for every game on the Week 1 schedule courtesy of FanDuel.

*The Packers at Saints game has been moved to a neutral site in Jacksonville, Florida after Hurricane Ida impacted New Orleans.

Week 1’s Sunday slate begins at 1 p.m. ET with nine games starting simultaneously. A handful of highly-anticipated contests are included in this flurry of kickoffs, including a marquee AFC showdown between the Pittsburgh Steelers and Buffalo Bills.

The Bills will be looking to get off on the right foot after coming up short in last year’s AFC Championship Game, while the Steelers are hoping to prove they are still a threat after a late season collapse and early playoff exit marred their 2020 campaign.

The late afternoon timeslot may be even more thrilling than the early one. Although it will only see four games taking place within it, they feature plenty of clubs poised to contend 2021.

Fans will get to see a rematch of last year’s riveting AFC Divisional round clash between the Cleveland Browns and Kansas City Chiefs, the latest chapter of the New England Patriots and Miami Dolphins’ longstanding AFC East rivalry and a high-profile NFC battle between the Green Bay Packers and New Orleans Saints.

Week 1’s marquee matchup is between the Chicago Bears and Los Angeles Rams. These NFC playoff hopefuls will finally have an opportunity to see how their major offseason adjustments panned out when they go head-to-head in front of a nationally televised audience.

Both the Rams and Bears were busy this offseason, making several key roster adjustments after falling short in the playoffs. Both teams will showcase new starting quarterbacks for the 2021 NFL season, a swap that most of their respective fanbases welcomed after inadequate QB play submarined their chances last season.

Chicago significantly upgraded its situation under center after slumping through 2020 with Mitchell Trubisky and Nick Foles. The Bears not only signed veteran Andy Dalton in free agency, but also traded up in the draft to acquire a potential franchise quarterback in Justin Fields. The organization is giving Dalton the nod tonight after declaring him the Week 1 starter, but Fields had an impressive preseason and should see the field sooner than later.

The Rams made a bold move to jettison former starting quarterback Jared Stafford and a package of draft picks to the Detroit Lions, returning veteran Matthew Stafford. LA brass is hoping Stafford can elevate the offense, rounding out a team that ranked No. 1 in the league on defense last year.

Oddsmakers have installed the Rams as 7.5-point chalk for this Sunday Night Football opener. The team’s defensive prowess may have a taken a hit with the loss of coordinator Brandon Staley—now the head coach of the in-town rival Chargers—but it’s unlikely this star-studded group takes a significant step back with Raheem Morris now assuming his duties.

LA returned some of the game’s top defensive players, a group that includes Aaron Donald and Jalen Ramsey amongst others. They should have little issue succeeding against a Chicago foe, especially given the Bears have some serious question marks along the offensive line.

PFF ranked Chicago’s O-line as the No. 28 unit in the league going into 2021. The site noted the loss of stalwart tackles Charles Leno Jr. and Bobby Massie as a reason for this low standing. While the team did secure a quality rookie in Teven Jenkins, they have little else in the way of proven assets in the offensive trenches. That, coupled with a signal-caller attempting to adjust to a new system, simply isn’t a recipe for success against an unforgiving defense.

For that reason, lay the points with the Rams. Los Angeles is poised to make a massive improvement on offense after ranking just No. 22 in the league last year in points scored. Stafford has plenty of talent surrounding him, a supporting cast that includes Robert Woods, Cooper Kupp and DeSean Jackson, some of the best weapons the 33-year-old quarterback has played with during his career.

This Sunday Night Football showdown could start slow as both sides shake some of the rust, but ultimately the Rams will pull away for a double-digit victory. Their roster is significantly stronger than Chicago’s and the talent discrepancy will clear by the end of this contest.